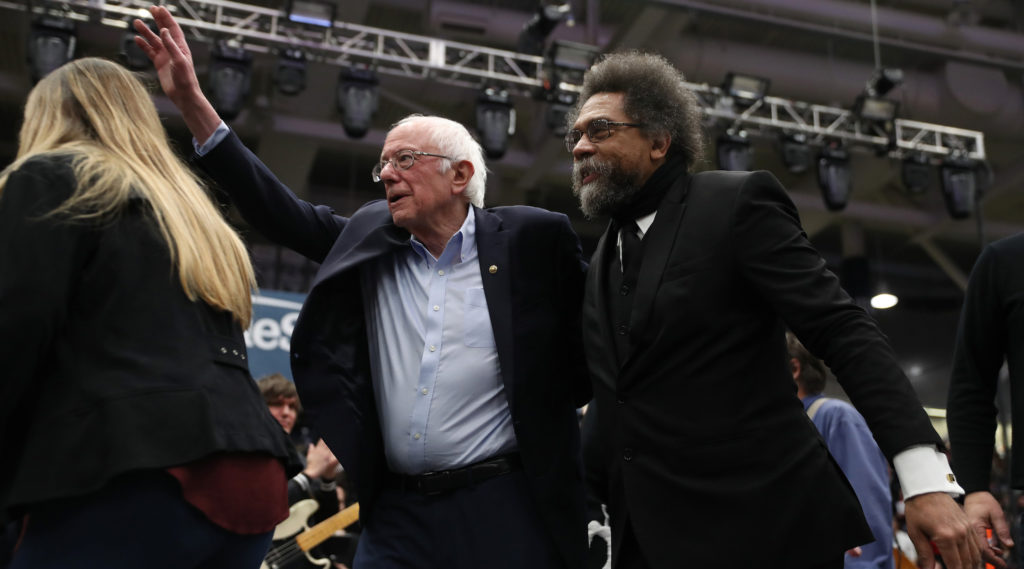 “We got a deep Jewish brother named Bernie Sanders who is bringing us together,” West told the crowd Monday, a day before the state’s primary, which was won by Sanders.

He called President Donald Trump the “neo-fascist gangster in the White House.”

West, the son of a Baptist minister, called chesed — which he defined as “steadfast love” — “part of the genius of the Hebrew scripture.”

West’s use of the term apparently goes back awhile.

“When West talks about love, he often invokes the Hebrew word chesed, which in the Jewish tradition means ­ ‘loving-kindness,’” according to a 2012 profile in New York magazine.