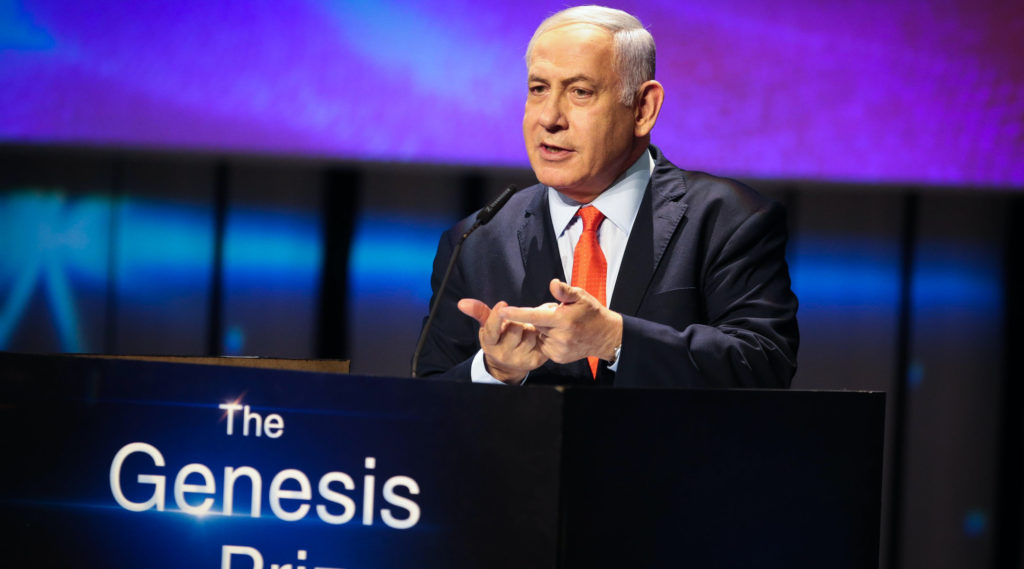 NEW YORK (JTA) — The Israeli Prime Minister’s Office will no longer be involved with awarding the annual Genesis Prize, nicknamed the “Jewish Nobel,” in order to keep the honor from being seen as political.

“[D]espite the efforts of the partners to create a non-political award that unites the Jewish people, some have incorrectly interpreted the participation of the Office of the Prime Minister in the Genesis Prize as bringing a political dimension to this important initiative,” their joint statement read. “This is the opposite of what the founders of the Prize intended.”

The change comes a month after it was announced that Natan Sharansky, the former Israeli politician and prominent leader of the Soviet Jewry emigration movement, would receive the 2020 prize.

In November, Benjamin Netanyahu was charged in three corruption cases, marking the first time a sitting Israeli prime minister has been indicted.

In 2018, the Genesis Prize Foundation canceled its ceremony in Jerusalem after the winner, Israel-born actress Natalie Portman, said she would not come to Israel for the ceremony. Portman later said that she made the decision because she “did not want to appear as endorsing Benjamin Netanyahu.”

In 2019, the award was in the news again when Robert Kraft, the New England Patriots owner and philanthropist who has donated heavily to Jewish causes, was chosen as the honoree. Just a month after receiving the award, Kraft was charged with soliciting a prostitute in a case that is ongoing.

A member of the prize’s advisory board resigned in protest after it decided to move forward with giving Kraft the award.

The Genesis Prize, which is financed through a permanent $100 million endowment, gives $1 million to prominent Jews “for their professional accomplishments, commitment to Jewish values, and contribution to improving the world.” It was founded by a team that included three Russian-Jewish businessmen — Mikhail Fridman, Petr Aven and German Khan.