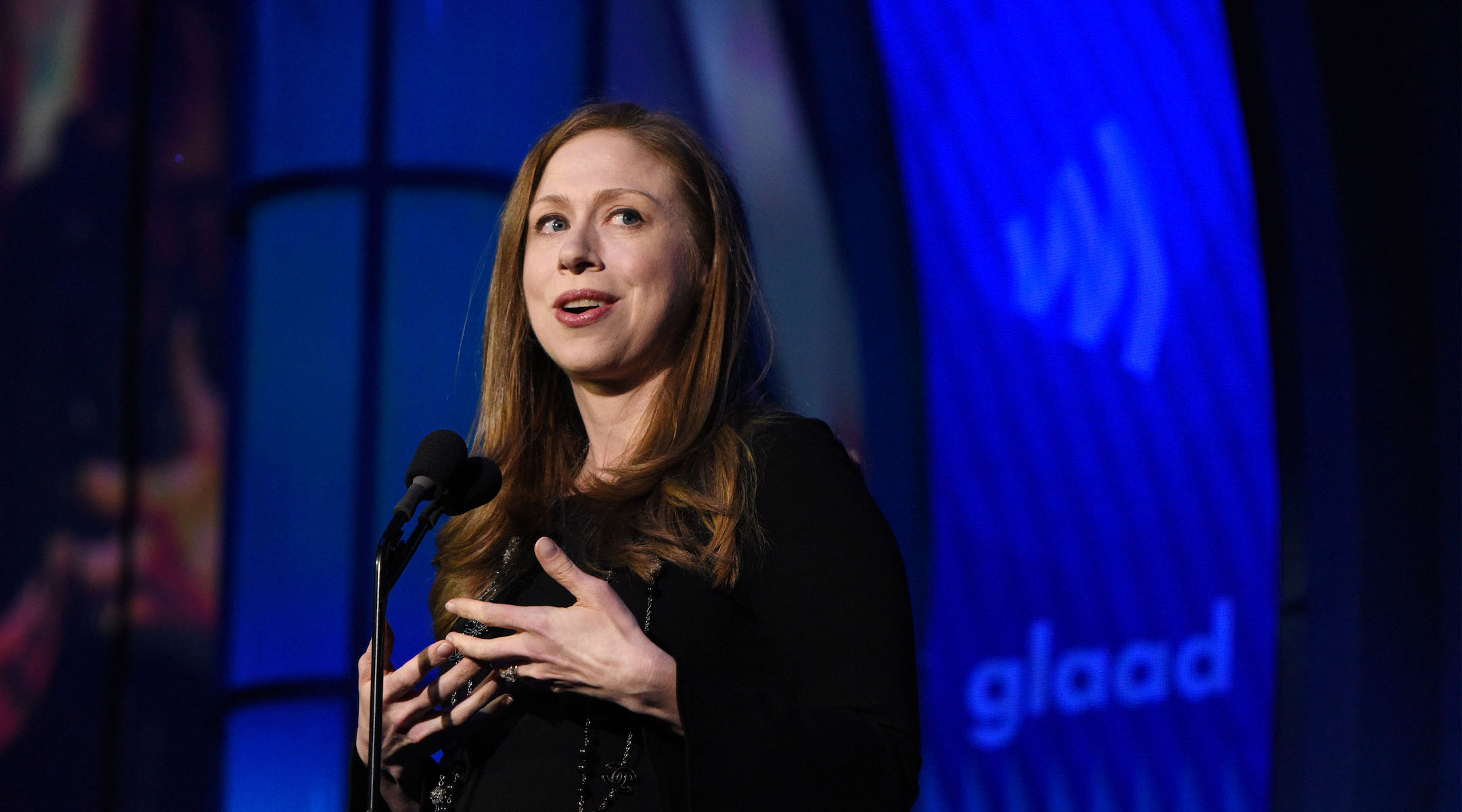 (JTA) — Chelsea Clinton took Facebook CEO Mark Zuckerberg to task Wednesday for allowing groups to use the social network to organize book burnings. Clinton compared the phenomenon to Facebook’s past resistance to banning Holocaust deniers from the platform.

“Come for the book burning, stay for the s’mores,” Clinton, the daughter of former President Bill Clinton and 2016 Democratic presidential nominee Hillary Clinton, said in a tweet Wednesday. “Not terribly surprising #Facebook would platform book burning events in the image of 1933 Nazi Germany. After all, Mark Zuckerberg spent years defending the rights of Holocaust deniers to spread hateful lies and coddling fascists.”

Clinton quoted a tweet by a journalist with screenshots of a page on Facebook titled “book burning event” and inviting people to borrow books they deemed objectionable from school libraries and burn them in Fredericksburg, Virginia on Dec. 13. Fredericksburg neighbors Spotsylvania, where the country school board made headlines recently after calling for a review of every book in school libraries. By early Thursday morning, the event appeared to have been removed from Facebook.

Facebook in 2020 reversed a longstanding policy of allowing Holocaust deniers to use it as a platform. In a 2018 interview, Zuckerberg said he found the denial offensive because he is Jewish, but also said he would not deplatform the denial because he could not be sure of its intent.

Clinton, whose husband Mark Mezvinsky is Jewish, has used her platform to speak out against antisemitism, including among other Democrats.