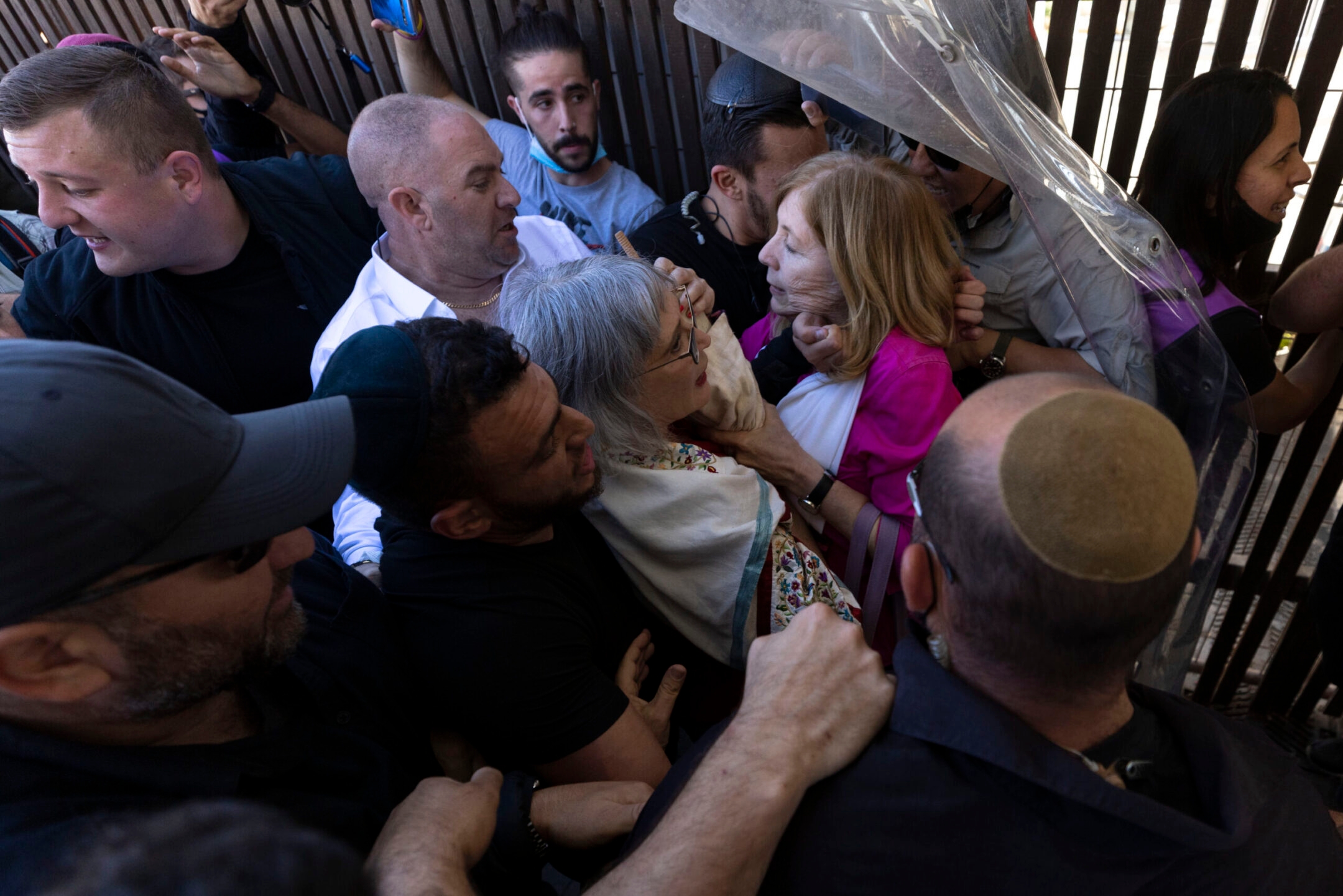 (JTA) — Israeli Prime Minister Naftali Bennett and his minister of religious affairs have reportedly halted a plan to create a permanent egalitarian prayer space at the Western Wall due to fears of incitement by right-wing Israelis opposed to the deal and violence between them and proponents of the egalitarian space.

“We have decided to not deal with this now, period,” Religious Affairs Minister Matan Kahana told his aides over the weekend, according to Zman.

The “Western Wall compromise,” as it was dubbed when the deal was struck in January 2016, was an agreement between Israeli government officials and diaspora Jewish leaders to create a permanent space for egalitarian prayer at the Western Wall.

The main Western Wall plaza, which is controlled by an Orthodox foundation, is divided into separate men and women’s prayer spaces where women are not allowed to read from a Torah scroll, in line with traditional Orthodox practice. The egalitarian plaza to the south of the main plaza is located on a temporary platform atop an archeological park. The compromise would have seen that area expanded and built into a permanent structure designated for egalitarian prayer.

But in 2017, facing pressure from his haredi Orthodox coalition partners who opposed the deal, then-Prime Minister Benjamin Netanyahu scuttled the deal. When Bennett’s coalition came to power earlier this year, the deal was expected to be revived. But in spite of the absence of haredi Orthodox parties in the current coalition, Bennett and Kahana decided not to implement the Western Wall compromise.

According to Zman, Kahana chalked the decision up to “incitement and hatred, especially by people from Likud, who are latching onto it.”

Kahana was referring to violent protests at the Western Wall last month during Rosh Chodesh, the start of the new month, when hundreds of mostly haredi Orthodox men protested and attempted to block activists with Women of the Wall, a group that advocates for women to be allowed to read from the Torah at the wall, from conducting services. Calls to protest the group were shared by several right-wing Israeli politicians, including Netanyahu, currently the head of the opposition in the Israeli Knesset.

“We cannot play into their hands,” Kahana said of the right-wing opponents of the compromise. “We’re freezing everything at the moment. We’re not touching it.”