Cardi B performed at an ‘epic’ bar mitzvah party 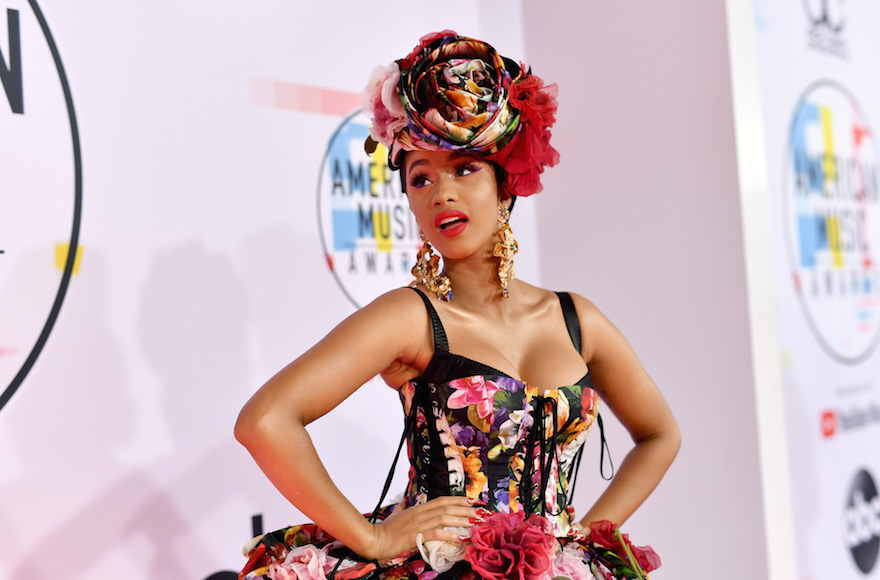 (JTA) — Rapper Cardi B revealed that she performed at a bar mitzvah party over the weekend, and the New York Post claims that her fee was likely in the ballpark of half a million dollars.

The “Bodak Yellow” singer said on Instagram that she performed at the party for a boy she called Jake at the swanky Tao club in Manhattan. A source told the Post’s Page Six about the cost, saying she “wouldn’t get out of bed for less than half a million.”

Meanwhile, up-and-coming rapper Rich the Kid performed at a bar mitzvah party at the same time, the Post reported. He feted financier Howard Lutnick’s son Ryan at the Metropolitan Museum of Art for a fee of approximately $200,000 to $300,000. Guests included Duchess of York Sarah Ferguson and Melania Trump’s former adviser Stephanie Winston Wolkoff.

These two aren’t the first hip-hop stars to perform at lavish Jewish coming-of-age ceremonies. The last one widely reported about was Nicki Minaj, who appeared in an infamous photo at one in 2015. Last year, the rapper Drake threw himself a bar mitzvah-themed birthday party.