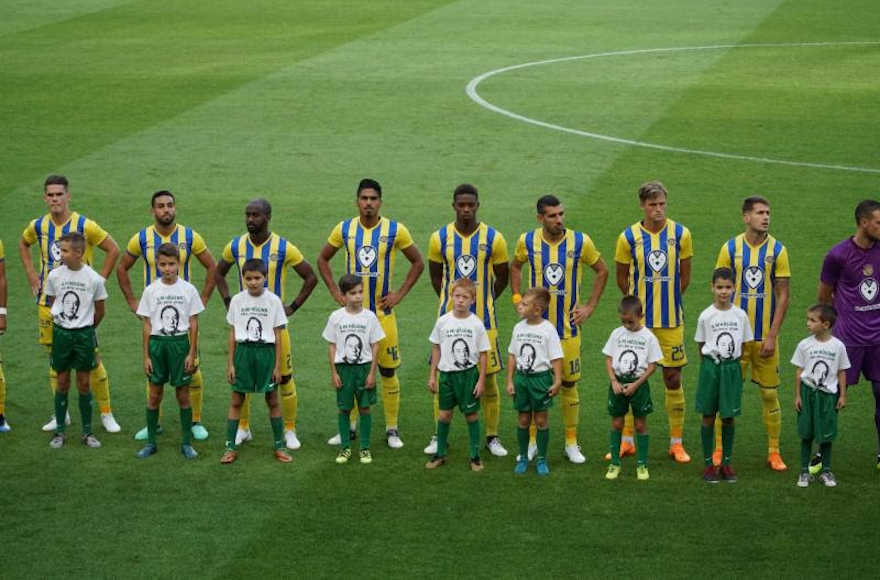 The Ferencváros Torna Club dedicated its match Thursday against Israel’s Maccabi Tel Aviv to István Tóth. The UEFA Europa League qualifier at Groupama Stadium in Budapest ended in a 1-1 tie.

The tribute was a joint initiative of the soccer club, the World Jewish Congress and the Federation of Jewish Communities in Hungary, Mazsihisz.

Tóth was an early Ferencvárosi player and later the club’s head coach before joining the Hungarian anti-fascist resistance following Nazi Germany’s invasion of Hungary. Tóth helped several hundred Hungarians, including many Jews, escape Nazi detention and death before his arrest and execution in February 1945.

Separately, the World Jewish Congress launched this week the first stage of its joint initiative with the Chelsea Football Club in Britain aimed at combating the growing phenomenon of anti-Semitism in sports.

“It is enormously encouraging to see the Hungarian government make use of this central stage of Europa League Football to honor Istvan Toth, who risked his life for the sake of humanity and mutual respect,” World Jewish Congress CEO Robert Singer said.