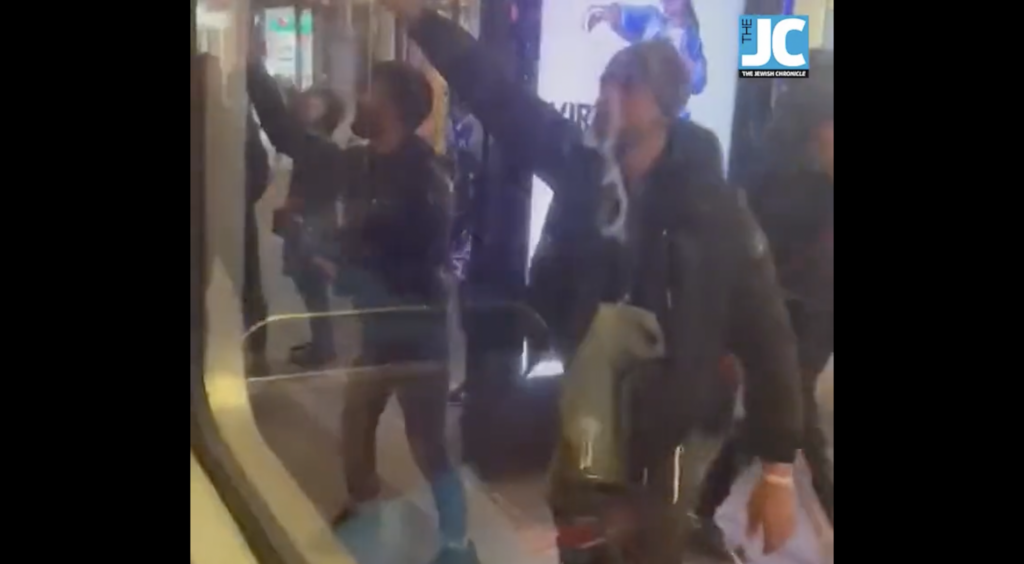 (JTA) — British Jews and authorities have recorded 2,255 antisemitic incidents in the
United Kingdom in 2021 — the highest total in recent years anywhere in Europe.

It is also the highest total ever reported in a single calendar year by the Community Security Trust, British Jewry’s antisemitism watchdog.

Of the 2021 tally in the U.K., 871 incidents happened in May and June, close to when Israel and Hamas were exchanging fire and when Israeli Arabs and Jews were clashing in Israel’s “mixed cities.”

“It is no exaggeration to say that the landscape of UK-based antisemitism in 2021 is largely defined by responses to conflict in Israel and Palestine, as indeed is the unprecedented annual figure,” CST wrote in the report.

Assaults accounted for 176, or nearly 8% of the tally, including three incidents that involved “extreme violence,” as CST termed it.

In one violent incident from October, a group of teenage girls riding on scooters in north London mobbed two Jewish girls, shouting “dirty Jews” at them. At least two of the alleged attackers choked one of the Jewish girls and slammed her against a brick wall.

Seven assaults involved the offender stripping the victim of religious clothes or accessories. In six instances, a vehicle was used with the intention of causing harm to pedestrians, the report said.

But the incidents with the largest footprint in the media and public discourse featured milder violence and more intimidation.

In December, Jews celebrating Hanukkah on a bus in London were harassed by a group of men. The BBC coverage of the Oxford Street incident, in which the broadcaster insisted based on disputed evidence that the assaulted Jews may have used an anti-Muslim slur against their attackers, triggered frustration among Jewish readers and sparked an internal probe that led the BBC to slightly revise its claim.

Another incident that many British Jews view as traumatic happened in May, and was nonviolent.

A motorcade of cars displaying Palestinian flags drove across the United Kingdom; in heavily Jewish neighborhoods of London, several of the dozens of people in the cars shouted obscenities through loudspeakers, including, “f— the Jews, rape their daughters.”

Linzi Pinto, a Jewish mother of two from northern London, told the Jewish Telegraphic Agency shortly after the incident: “It’s the mobilization, the impunity, the scale, the sheer misogyny and the violence that’s so shocking this time around. It’s the worst it’s been. It’s terrifying and we’re definitely questioning our future here. We’re fortunate to be able to leave.”