(JTA) — Portugal used to be little more than a sunny holiday destination to Adam Perry, a 46-year-old Londoner who works in procurement.

But following the United Kingdom’s 2016 vote to leave the European Union, Perry, who is a Sephardic Jew, applied for citizenship in the Iberian nation. Since 2015, legislation there and in Spain allows for the naturalization of descendants of refugees persecuted 500 years ago.

Amid growing uncertainty over Brexit, whose deadline is March 29 (for now), applying to become a Portuguese citizen “was a pragmatic decision,” said Perry, whose 5-year-old daughter may also be naturalized once his application is approved. But, he added, it was “also a form of protest action against Brexit, with which I deeply disagree.”

Perry is just one of thousands of British Jews and non-Jews who have been prompted by Brexit to apply for citizenship in other European Union member states — most notably countries from which their ancestors had fled to escape persecution.

Portugal, for example, last year saw a 25-percent increase in naturalization by British citizens, though only a few dozen of the 3,832 Brits who became Portuguese last year were Sephardic Jews. The other are mostly non-Jews who have been living in Portugal as residents long enough to get citizenship.

Many more British Jews are becoming citizens of Germany, where their grandparents barely managed to escape alive.

Hundreds of them have asked for assistance from Britain’s Association of Jewish Refugees — a group founded in 1941 by Jews who fled the Holocaust to Britain, according to its chief executive, Michael Newman.

“We are well aware of the irony of the situation,” he said. “It’s one of the many unexpected results of this chaotic thing called Brexit.”

Since the Brexit referendum in June 2016, the German embassy in London has received more than 3,380 applications for restoring German citizenship under article 116 of the German constitution for descendants of people persecuted by Adolf Hitler’s party. In previous years, only about 50 such requests were made annually.

To some applicants, becoming German is a purely pragmatic decision.

Gaby Franklin, an author and interior designer, described getting a German passport as “an insurance policy” in an interview published earlier this month with Politico. Beyond ownership issues of family assets in France, she said, “We don’t know what the travel arrangements will look like.” EU countries waive visa and passport regulations for their citizens within the bloc and with some foreign countries. 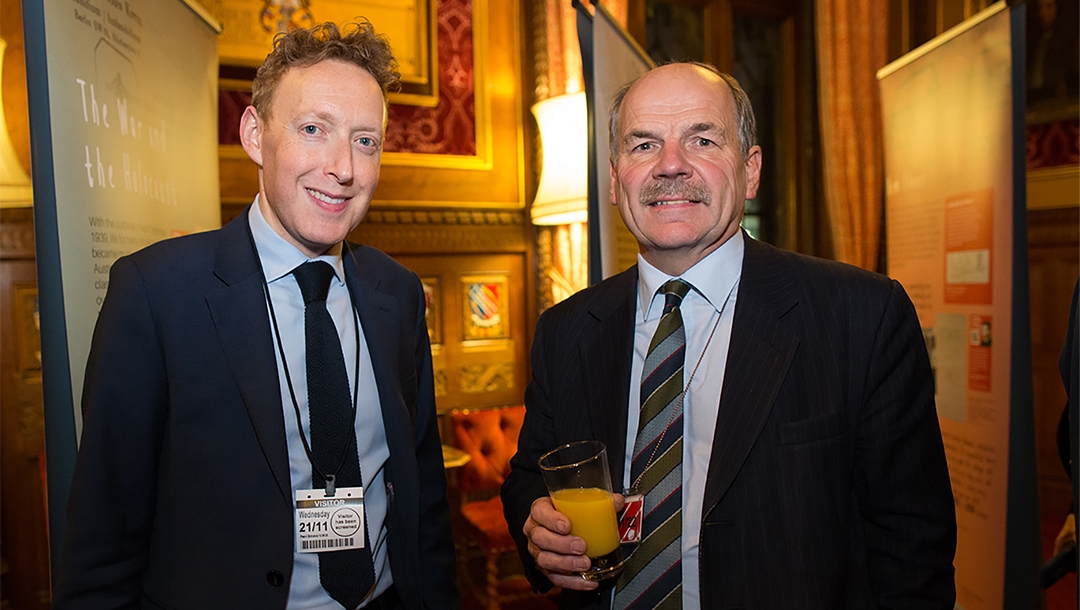 The status of British citizens in the European Union is unclear also because the British parliament has twice rejected the terms of a deal worked out between Prime Minister Theresa May and Brussels. May is expected to ask for a delay to avoid Britain crashing out of the union without a deal – a scenario whose practical consequences are as yet unclear.

But getting a German passport specifically can get tricky for some prospective applicants for German citizenship.

One prospective applicant, journalist Adrian Goldberg, wrote about his conflicted feelings in an op-ed for the BBC in December, titled “Sorry, Dad — I’m thinking of getting a German passport.”

For most of his life, the idea that he might seek German citizenship “would have been utterly laughable,” Goldberg wrote.

“I’m British through and through,” he added, and “I can’t deny that a rare England football victory against Germany always brings a special satisfaction.”

Brexit, though, “has changed the way I think.”

As a German citizen, Goldberg would have the right to work and travel freely across 27 nations without any visa requirements, as does any other EU citizen.

“That might well come in handy if I decide to wind down my radio career on an English language station in, say, Mallorca,” in Spain, he wrote. “Even more importantly, my three young daughters would share the same entitlement.”

But “it’s not such a straightforward calculation,” Goldberg also wrote. “Sure, I can get a passport which might conceivably make life easier for myself and my children. But only if I adopt the nationality of the country that murdered most of my dad’s family.”

Yet getting German citizenship can also feel like reclaiming a part of one’s identity, Rabbi Julia Neuberger, a member of the British House of Lords, argued in an essay she wrote after the Brexit referendum.

“It doesn’t make me any less British, but it does allow me to reclaim a bit of my history,” Neuberger, whose mother was a refugee from Germany, wrote in The Guardian. “It also declares a belief in Europe, an admiration for how Germany has dealt with its Nazi past, and a real belief that [German Chancellor Angela] Merkel’s welcome of migrants was both right and brave.”

Still, dilemmas about the subject are “causing internal debates, with some passionate disagreements” among many British Jews who may claim German and Austrian citizenship, Newman, 44, told the Jewish Telegraphic Agency.

Newman, who has two children, personally is grappling with a related dilemma.

He is entitled to a Polish passport through his mother. But a recent Polish law that outlaws blaming the Polish nation for Nazi crimes “creates a serious moral dilemma” for Newman, he said. The law, he added, “places limitations on studying the Holocaust and I’m not sure that’s something I can agree to and just become a citizen of a country that does that.”

For Jews especially, Brexit is not the only uncertainty making foreign citizenship look appealing in Britain, where anti-Semitic incidents have reached record levels for the third year straight in 2018.

Also making Jews uncomfortable is the nativist sentiment that begot Brexit (harassment of foreigners for speaking languages other than English has become commonplace in the United Kingdom).

This means that applying for a foreign citizenship is not always socially convenient, Perry, the applicant for a Portuguese passport, conceded.

“But in London, which is very cosmopolitan, this is not really an issue,” he added. “I speak openly about seeking a foreign passport as a result of Brexit.”

Yet, upon hearing that Goldberg, the Jewish journalist, is seeking German citizenship, one of his closest friends told him: “You’d be a traitor, wouldn’t you?”