Bernie Sanders pushed the Democrats on Israel in 2016. Has he become the party’s mainstream? 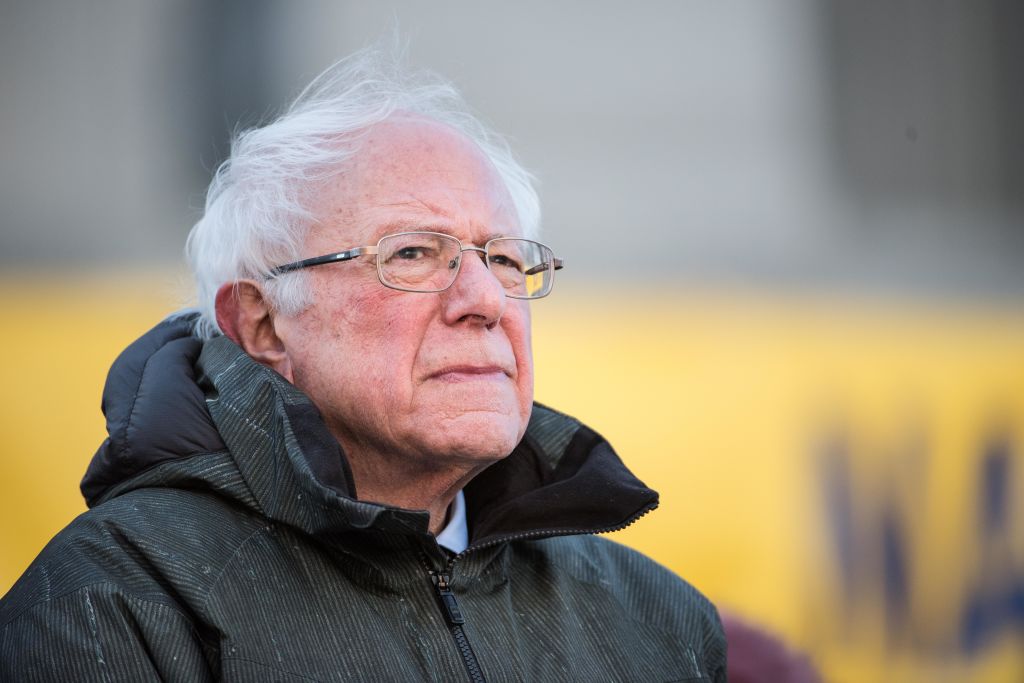 NEW YORK (JTA) — This may be hard to remember, but three years ago it was a big deal when Bernie Sanders criticized Israel in public.

During a debate in New York City with Hillary Clinton, Sanders generated headlines when he said the United States should care about Palestinian rights. Sometimes, he added, Israeli Prime Minister Benjamin Netanyahu was wrong.

“In the long run, if we are ever going to bring peace to that region, we are going to have to treat the Palestinian people with respect and dignity,” the longtime Vermont senator said at the April 14 Democratic presidential primary debate. “There comes a time when we pursue justice and peace that we will have to say Netanyahu is not right all the time.”

During the campaign, Sanders also described himself as “100 percent pro-Israel.” He spoke about living on an Israeli kibbutz when he was younger and defended Israel’s right to self-defense. But he also broke norms on Israel.

Sanders was the only major candidate not to speak at the annual convention of AIPAC, the pro-Israel lobby (he offered to appear on video, but AIPAC said its doesn’t do that). For a hot second, his director of Jewish outreach was a co-founder of IfNotNow, a millennial Jewish group that is deeply critical of Israeli actions (and takes no “unified stance” on Zionism, the boycott Israel movement or the “question of statehood”). He said Israel’s actions were “disproportionate” during the 2014 Gaza war and overstated the number of Palestinians who were killed.

Now, as Sanders announces another presidential run, he looks less like an outlier on Israel. Observers say he has helped make it kosher to criticize Israel within the party. And the landscape has changed as well in ways that make Sanders look more like a centrist. Two freshman congresswomen have endorsed the movement to boycott Israel, which Sanders opposes. Netanyahu has a steadfast bromance with President Donald Trump, whom Democrats detest. Polls show weakening Democratic sympathies with Israel versus the Palestinians.

“Before the last presidential campaign, it was an article of faith that no candidate of any serious stature would go near Israel-Palestine,” said Lara Friedman, director of the Foundation for Middle East Pace. Sanders showed, she said, that “you can engage politically on this issue in a way that differs from the orthodoxy that has defined where politicians can go. Not only does it not hurt you, it makes you stronger as a candidate.”

Since 2016, Sanders has continued to be outspoken on Israel. As Israel clashed with protesters on the Gaza border last year, his team released videos on the coastal strip’s humanitarian crisis, party blaming Israel for the situation. He spoke out recently against a bill that protected states’ rights to outlaw boycotts of Israel.

“As someone who believes absolutely and unequivocally in Israel’s right to exist and to exist in peace and security, as someone who as a young man lived in Israel for a number of months and is very proud of his Jewish heritage … we must say loudly and clearly that to oppose the reactionary policies of Prime Minister Netanyahu does not make us anti-Israel,” he said last year to a standing ovation at the annual conference of J Street, the liberal Israel policy group.

Daniel Shapiro, President Barack Obama’s ambassador to Israel, said that Sanders’ policies on Israel were still pretty mainstream. He said that like all of the major Democratic presidential candidates, Sanders supports Israel’s right to exist and favors a two-state solution to the Israeli-Palestinian conflict.

“He’s expressed support for the U.S.-Israel relationship, for Israeli security and [Israel’s] right to defend itself, and strong support for the two-state solution, and often articulates that in the language of Palestinian rights,” Shapiro said. “In many ways they’re pretty widely held positions.”

In general, Sanders has drawn his colleagues leftward on other issues since 2016. Significant numbers of Democrats now support some of his signature positions, like universal health care and free college tuition. He may have had a similar effect on the Israel debate, says Debra Shushan, director of policy and government relations for Americans for Peace Now, a left-wing pro-Israel group.

“He’s not so much out there on the left flank as he was,” she said. “He is starting to pull some folks a little bit more in his direction.”

James Zogby, president of the Arab American Institute, is a Sanders supporter.

“I think he’s been very clear in everything — for his continued support for justice for Palestinians, security for Israel, opposing restrictions on speech,” he said. “All those fit within the mainstream of where the opinions of Democrats are on this issue.”

Sanders’ campaign did not respond to a request for comment from the Jewish Telegraphic Agency.

For Jews who identify strongly with traditional, largely uncritical support for Israel within the Democratic Party, Sanders represents a tilt that is bad for Israel and bad for the party.

Much of the Democratic debate on Israel centers on the boycott question and the two congresswomen, Rashida Tlaib and Ilhan Omar — Ellison’s successor in her state’s 5th District — who support it. A question for many observers is whether the two first-year lawmakers, representing a younger, ever more diverse party, will put pressure on Sanders to join them on a left flank that is even more deeply critical of Israel.

Maybe not yet: Friedman pointed out that Tlaib, who is Palestinian-American, met last month with Sanders and referred to him as “Amo (Uncle) Bernie.”