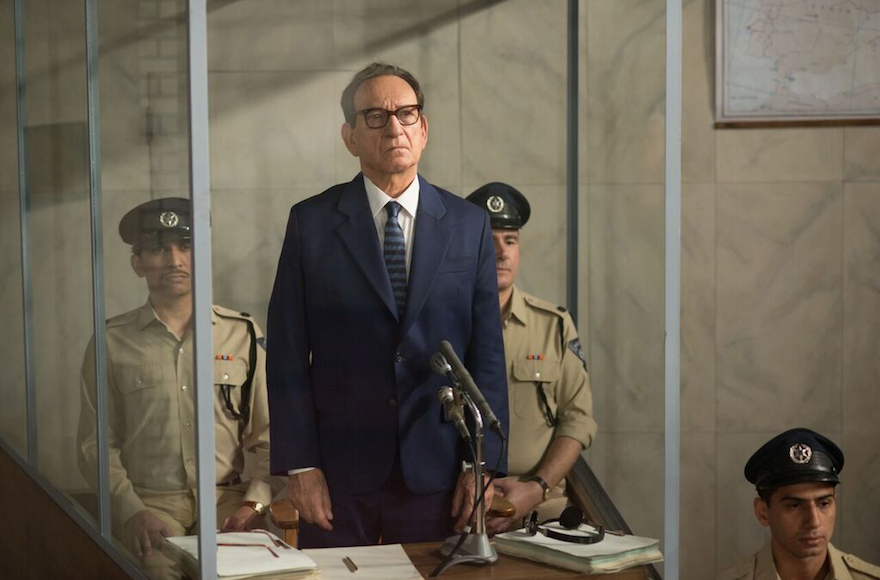 LOS ANGELES (JTA) — Ask Ben Kingsley about why he was keen to portray Nazi criminal Adolf Eichmann in the new film “Operation Finale” and he describes the traumatic childhood incident in which he first learned about the Holocaust.

The 74-year-old British actor was then in grammar school and at home alone when he turned on a documentary about the liberation of the Bergen-Belsen concentration camp.

“I remember my heart stopped beating for a while,” Kingsley, who is not Jewish but believes he may have some Jewish relatives on his mother’s side, said in a telephone interview. “I nearly passed out. And I have been indelibly connected to the Holocaust ever since.”

His connection was even more enhanced when he asked his grandmother about the atrocities, and she said that “Hitler was right” to have killed Jews.

“I went into deep shock and was unable to counter her,” Kingsley said. “But something must have clicked in my innermost soul that said ‘Grandmother, I will make you eat your words. I will pay you back for that. You have not distorted or poisoned my mind.’”

Kingsley went on to portray the Nazi hunter Simon Wiesenthal in the HBO film “Murderers Among Us”; the Jewish accountant Itzhak Stern in “Schindler’s List”; and Anne Frank’s father in a 2001 ABC miniseries. He also won an Academy Award for his turn as the titular Indian independence leader in 1982’s “Gandhi.”

During research for his Shoah-themed films, Kingsley became close friends with Holocaust survivor, activist and author Elie Wiesel. Not long before Wiesel’s death in 2016, the actor vowed to him that “the next time I walk onto a film set that is appropriate to your story, I will dedicate my performance to you.”

“[E]very day as promised, I looked at a picture of Elie that I carried in my pocket and said ‘I’m doing this for you,’” Kingsley said.

“Operation Finale” tells the story of Peter Malkin and other Mossad agents who covertly hunted and captured Eichmann hiding in Argentina and brought him to Israel for trial in 1961, where he was ultimately executed. The heart of the story is the cat-and-mouse game between Malkin (played by Oscar Isaac) and Eichmann, both of whom were master manipulators, according to the film’s director, Chris Weitz (“About a Boy” and “A Better Life”). 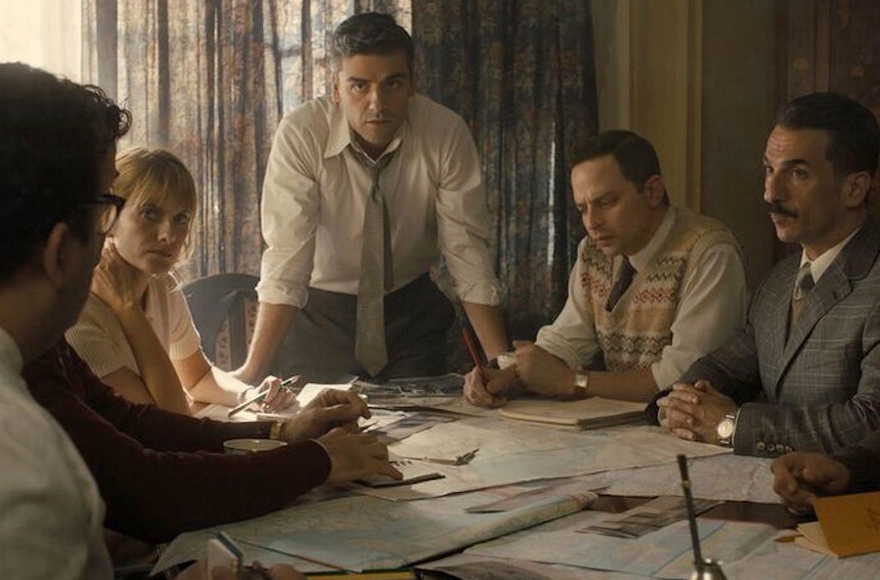 “Each one is trying to convince the other of something,” Weitz said in a telephone interview. “Malkin wanted to convince Eichmann to sign a paper indicating that he was willing to go to trial in Jerusalem. And Eichmann is trying out various defenses that he will eventually use in Israeli court. So in that regard there is the subterfuge of the escaped war criminal and also the subterfuge of the spy as he’s trying to turn a source.”

As for Eichmann, Weitz said, “I think the evidence shows a very chameleon-like figure who is constantly trying to serve his own ends and ambitions.”

“What other adjective can you use?” he asked. “Not only did he commit these crimes as an architect of the Final Solution, he went to his grave proud of what he had done – utterly unrepentant.”

Yet Kingsley said he chose not to portray Eichmann as “a B-movie, cartoony, comic strip villain.”

“That would have done a terrible disservice to the victims and the survivors I know and love,” he said. “It’s important for us to accept, to stomach and to swallow that the Nazis were men and women – ‘normal’ people. Twisted people, but they didn’t come from Mars.”

Weitz, 48, had his own personal connection to the material. His father, the fashion designer John Weitz, escaped Nazi Germany in 1933 at the age of 10. Nine years later he arrived in the United States and later became a spy for the OSS, the precursor of the CIA. He interrogated Nazi war criminals and helped liberate Bergen-Belsen, “which forever changed him,” his son said.

The filmmaker grew up with his father’s war stories and ultimately helped the patriarch write multiple books about Nazi war criminals.

As research for the film, both Weitz and Kingsley relied in part on the expertise of former Mossad agent Avner Abraham, who has curated a now-touring exhibition about Eichmann. Weitz eschewed photographing the famed glass booth in which Eichmann spent his trial – a part of the exhibition – because he feared that might be “blasphemous.”

The director also said he had “endless trepidations” about depicting images of the Holocaust, and so chose to do so through the lens of the Mossad agents’ memories.

“The agents’ memoirs indicate that they all found it deeply unsettling to be so near the person who had taken part in the murder of their families,” Weitz said. “Some of them were disappointed that all this evil could have the face of this rather unprepossessing man, which felt terribly out of scale to all the damage that had been done.”

The post Ben Kingsley carried a photo of Elie Wiesel with him while filming ‘Operation Finale’ appeared first on Jewish Telegraphic Agency.