(JTA) — One week before International Holocaust Remembrance Day, dozens of European officials arrived in Poland for a large commemoration event at Auschwitz.

The delegation from the Brussels-based European Jewish Association visited the former Nazi death camp, located about 20 miles from Krakow, on Tuesday.

Few of the officials, however, took time from their busy agendas to meet with elderly Holocaust witnesses, whose numbers decrease every year. One exception was Jan Jambon, the prime minister of the Flemish state in Belgium.

On Monday, Jambon visited the home of Maria Nowak, a Polish woman who risked her life to save Jews during the Holocaust, to celebrate her 100th birthday.

Nowak received Jambon and members of his delegation in her bed at her modest home in Krakow. She did not say much during the encounter, but beamed for the dozen or so people who filled her living room to capacity.

Jambon suggested that his visit to Auschwitz would not have been complete without visiting Nowak. 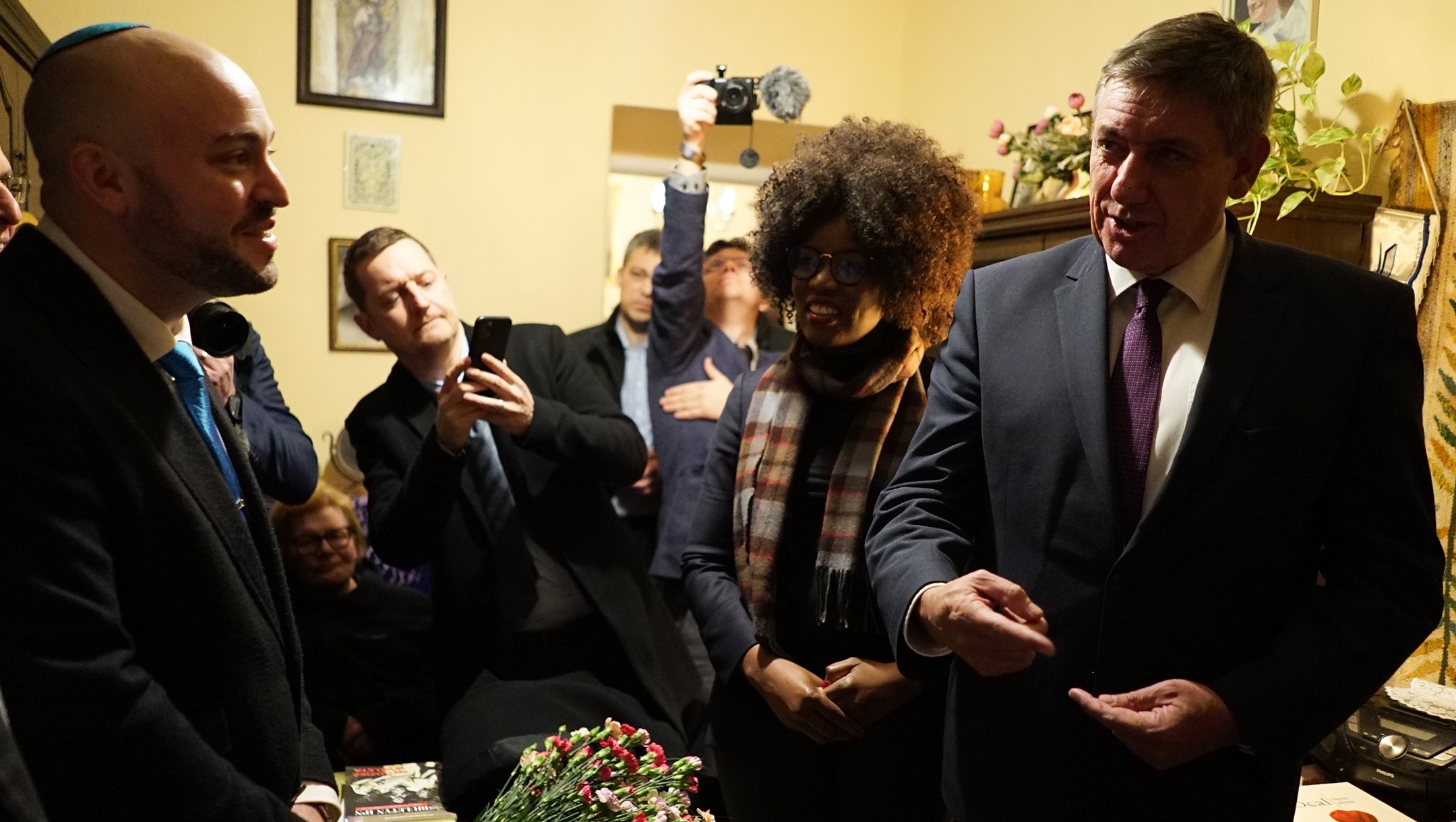 “Having the opportunity to visit a lady like Mrs. Nowak shows us what heroism really is, shows us what it means to bring light in the darkest times in modern history,” Jambon told the Jewish Telegraphic Agency.

Yad Vashem, Israel’s Holocaust research authority, recognized Nowak in 1995 as a Righteous Among the Nations for risking her life to save her Jewish friend and classmate Helena Goldstein. Nowak smuggled food to Goldstein’s family, and after the Nazis killed the family, Nowak helped her friend escape the ghetto of Krakow, hid her in her apartment and created a false, non-Jewish identity for her, allowing Goldstein to escape to Germany.

Nowak even gave Goldstein her own identity card until she got the false papers. German occupation forces likely would have killed Nowak for any of those actions.

Visiting along with Jambon was Michael Freilich, the only Orthodox Jewish lawmaker in Belgium’s federal parliament.

“My own grandfather survived the war thanks to righteous individuals,” Freilich said. “It is our duty to honor these people who risked their lives to save Jews.”