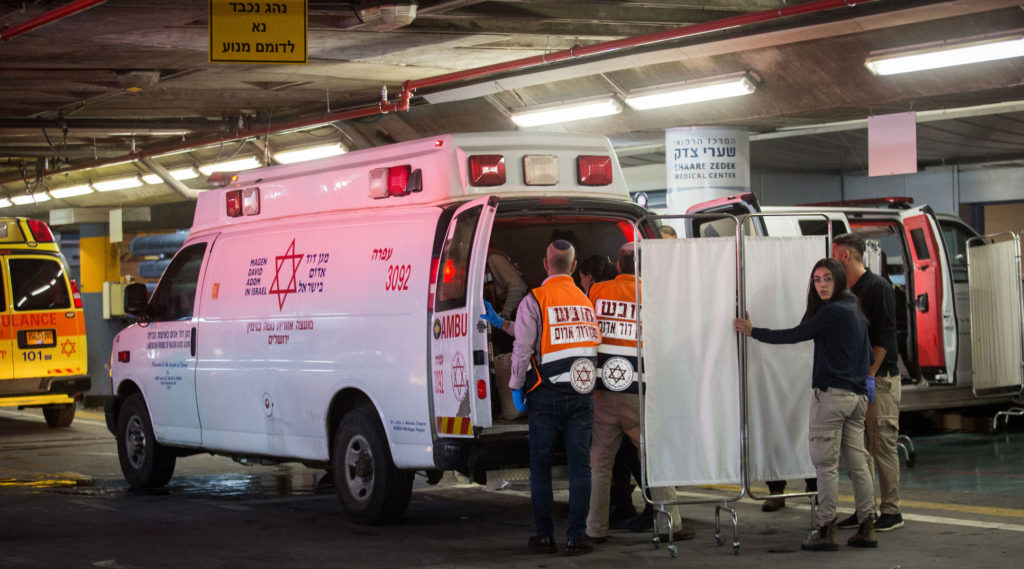 JERUSALEM (JTA) — A baby born prematurely after his mother was shot during a drive-by terror attack in the West Bank died on Wednesday.

The baby had been delivered by cesarean section at 30 weeks gestation to save the life of his mother, Shira Ish-Ran, 21. The newlywed’s husband, Amichai, also was among the seven Israelis wounded in the shooting Sunday outside the West Bank settlement of Ofra when a car carrying Palestinian gunmen opened fire at a bus stop where soldiers were waiting to hitch rides.

Shira remains in serious condition but is improving. Amichai is in moderate condition after being shot in the leg, The Jerusalem Post reported.

Israeli Prime Minister Benjamin Netanyau expressed his condolences to the couple and wrath toward the killers in a Twitter message.

“Our hearts are with Shira and Amichai on the death of the four-day-old baby who does not even have a name,” Netanyahu tweeted on Wednesday evening. “[These are] despicable murderers, the most despicable criminals on earth. [Our] security forces are chasing the murderers and I hope that there will be news soon. We will not let go until we find them and bring them to justice.”

Israel’s education minister, Naftali Bennett, in a Facebook post called the baby’s death a tragedy and said “our heart is with Shira and Amichai, the heart cries out,” according to The Jerusalem Post.

“It’s a vile murder of terrorists that stopped being afraid of us,” he said. “We have to bring back deterrence that was lost. Otherwise, a wave of murders are on the way. Not with statements. In actions.”

Two of the other Israelis injured in the attack were 16-year-old girls.

The shooters remain on the loose.