At the US Open, Diego Schwartzman wins during a flood storm — then meets his fan Ben Stiller

(JTA) — On a night that brought weather of biblical proportions to the U.S. Open in New York City, Jewish tennis star Diego Schwartzman prevailed over his opponent Kevin Anderson. But that wasn’t the only highlight of his night.

Schwartzman’s Round 2 match began on Louis Armstrong Stadium at 7 p.m. — against Anderson, who is about a foot taller than Schwartzman, at 6-foot-8 — but it did not finish until 1:02 am, at the larger Arthur Ashe Stadium. The roof on Armstrong was no match for the storm, an offshoot of Hurricane Ida, that passed through the city on Wednesday night and brought dangerous floods. The match was suspended three times on Armstrong before the decision was made to move it to Ashe.

Tennis reporter José Morgado tweeted that during the rain break, Schwartzman told Ben Stiller he wanted to meet with him. The Jewish actor was in the stands at Armstrong to watch Schwartzman play, and had tweeted a video of the torrential rain pour on the grounds:

It’s great to be back watching tennis again. #USOpen pic.twitter.com/9a3JcoV8AQ

Stiller, and his wife, actress Christine Taylor, stayed until the very end of the late-night match, moving from Armstrong to Ashe to cheer Schwartzman on.

Schwartzman’s girlfriend, Argentine model Eugenia De Martino, posted to her Instagram story after the match a photo of all of them meeting: “Ben and Christine came especially to watch Diego.” 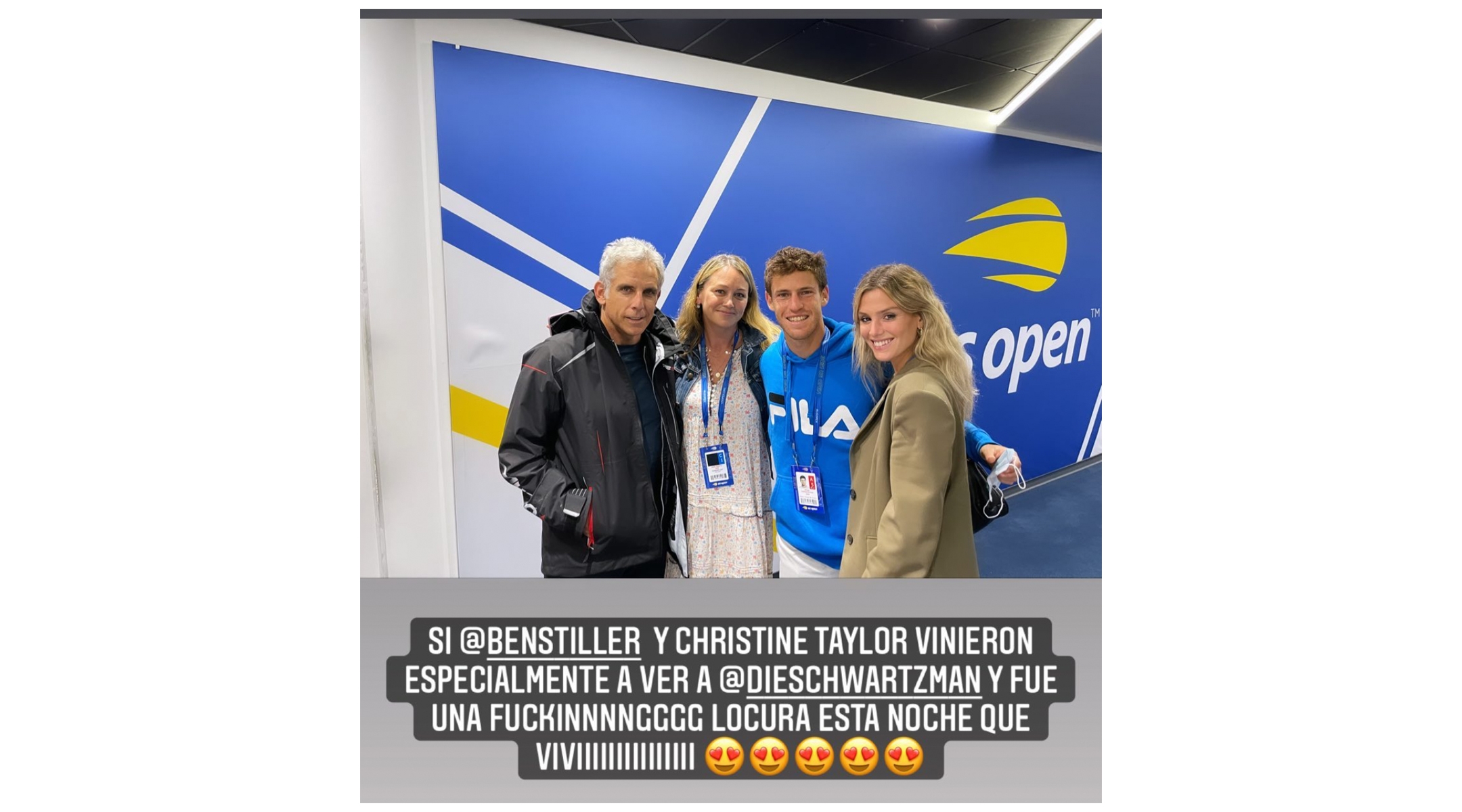 Schwartzman, who is seeded 11 in the tournament, won in straight sets in a little over three hours of playing time. Last year, Schwartzman lost in a surprising upset in the first round, but in 2019 he made it to the quarterfinals, where he lost to eventual champion Rafael Nadal.

“First of all thank you everyone for staying tonight, it’s been crazy weather. It was very difficult before the match,” Schwartzman said after his victory. “I am very happy and I was able to play my best tennis in the last two sets.”