At least 6 Americans, including 3 teenagers, among victims in Israeli stampede

(New York Jewish Week via JTA) — Among the 45 people killed in the crush of bodies at a Lag b’Omer celebration in northern Israel were at least six Americans with ties to the New York area.

They included 19-year-old yeshiva students from northern New Jersey and Monsey, New York, as well as a 13-year-old boy who had moved to Israel with his family.

The New Jersey student, Nachman Doniel Morris, had flown to Israel in September to study at Yeshivat Shaalvim in central Israel, after the Israeli government made special provisions to allow yeshiva students to come to the country despite draconian restrictions on travel because of the pandemic.

Morris was in the crowd  of tens of thousands that gathered at Mount Meron to mark the Lag B’Omer holiday Thursday night when a stampede on a crowded ramp led to the deadliest civilian disaster in Israel’s history.

“The Morris family are pillars of the Bergenfield-Teaneck community,” said a neighbor. “I have known [Nachman] since he was six. He was a rising star as a student in the Jewish world. He was a sweet boy. No one had anything negative to say about him.”

Morris was a graduate of the Marsha Stern Talmudic Academy in Washington Heights. The neighbor, who spoke on condition of anonymity, said the teenager has two younger siblings who live at home. Their father, Aryeh, is the comptroller for a local company.

Also killed was Yosef Amram Tauber, 19, of Monsey, a student at the Brisk yeshiva. A relative said that he left for Israel to attend the yeshiva “for the first time last week” — after the country again relaxed COVID-19 restrictions.

“His parents were nervous to send him away,” the relative said, adding that he had never before been to Israel.

Tauber had an older sister who a neighbor said is to be married in August. There are also several younger siblings. Tauber’s father, Zvi Tauber, is a rabbi of a congregation in Chester, New York.

The neighbor said that Tauber, who was known as “Yossi,” was always “full of spirit.”

“The family lived here a long time,” she said, adding that the teenager had attended a local boys yeshiva, Yeshivas Maor Yitzchak.

Another neighbor said that he had graduated recently and that “a big part of his class” had accompanied him to Israel to study at the yeshiva.

“All the kids here in the neighborhood are heartbroken, crying about the tragedy,” he said. “Nobody can believe what happened… This is a wonderful family and a really special boy — he always wanted to be learning.”

Also killed in the stampede was Shraga Gestetner, a 35-year-old singer from Monsey. Married and the father of five, he was in Israel visiting relatives. His mother, Shoshana, was reportedly raised in Bnei Brak.

Born in Montreal, Gestetner in recent years gravitated from music to business. His was buried Friday afternoon on Jerusalem’s Har Hamenuchot after Israeli officials put out a call for locals to attend, because Gestetner’s family was all abroad. 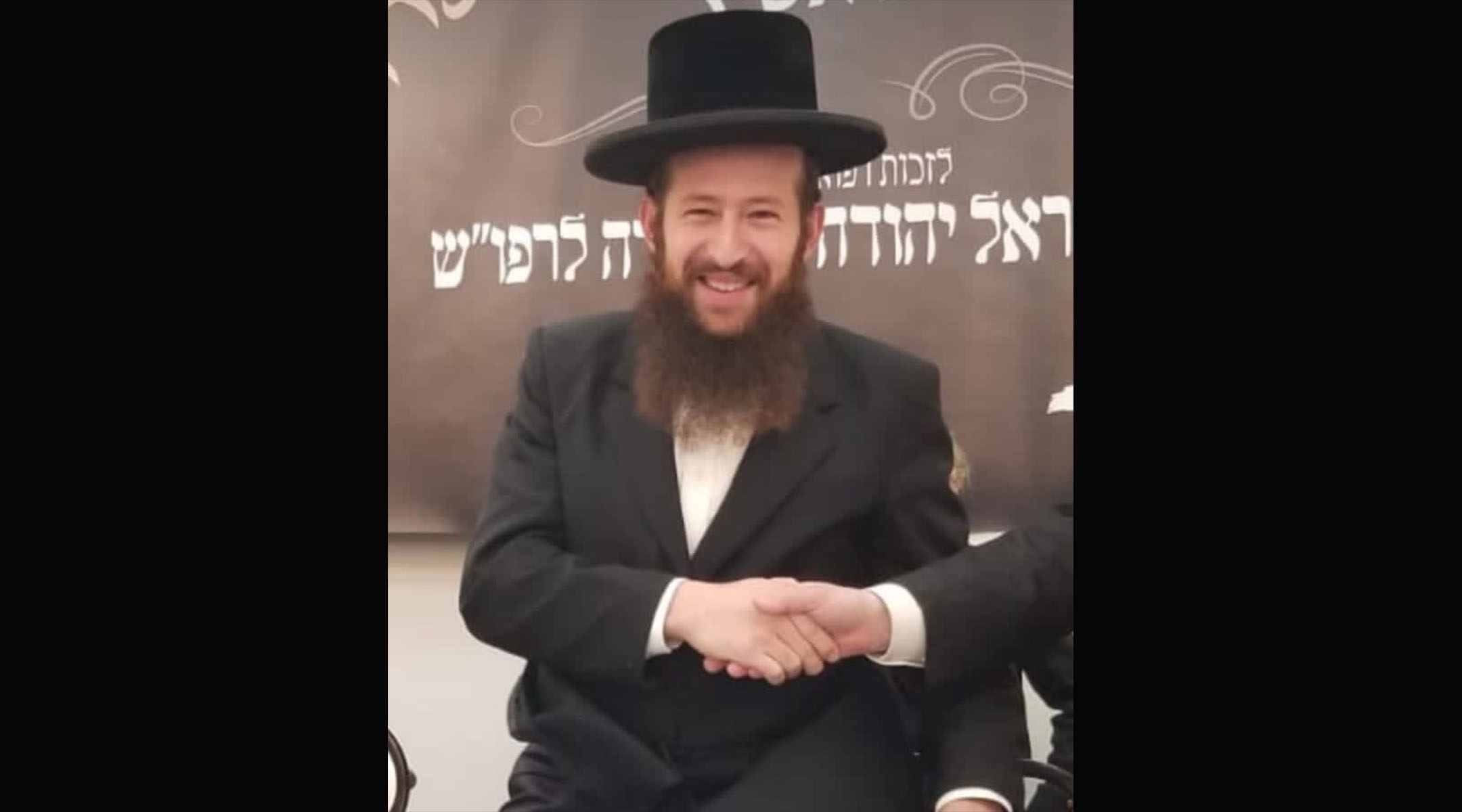 Shraga Gestetner of Monsey, New York,is among those killed in the tragedy in Meron. (Twitter)

Other American victims who were identified include:

Misaskim, an Orthodox Jewish non-profit organization that provides services for the care of the dead and the needs of mourners, has established a hotline for Americans who have been trying to contact immediate family members in Israel and need assistance. Its phone number for immediate family only is (718) 854-4548. In addition, the organization is assisting those with flights to Israel.

A spokesman for the Israeli Consulate in New York said his office had contacted all of the families of those killed in the tragedy and had made “special arrangements for families wanting to travel to Israel. We have made it easier for them to go … without having to go through all of the COVID-19 procedures.”

Meanwhile, El Al is offering assistance to first-degree relatives (parents, siblings, children and spouses) of those killed if they live in the United States, England, France or any other country from which El Al offers direct flights to Israel. It is offering each family up to two free tickets, with the exception of the port tax.

Tickets will be provided to those who contact El Al’s service center and present a death certificate and a passport photo. Tickets can be booked for flights departing until May 4.

Scott Richman, regional director for the Anti-Defamation League in New York and New Jersey, said the organization was “distraught and saddened by the loss of life.”

In a sign of greater willingness to criticize Israel, Democrats blame both Israel and Hamas for current conflict

Without using the term, Pew survey unveils new data on ‘Jews of color’