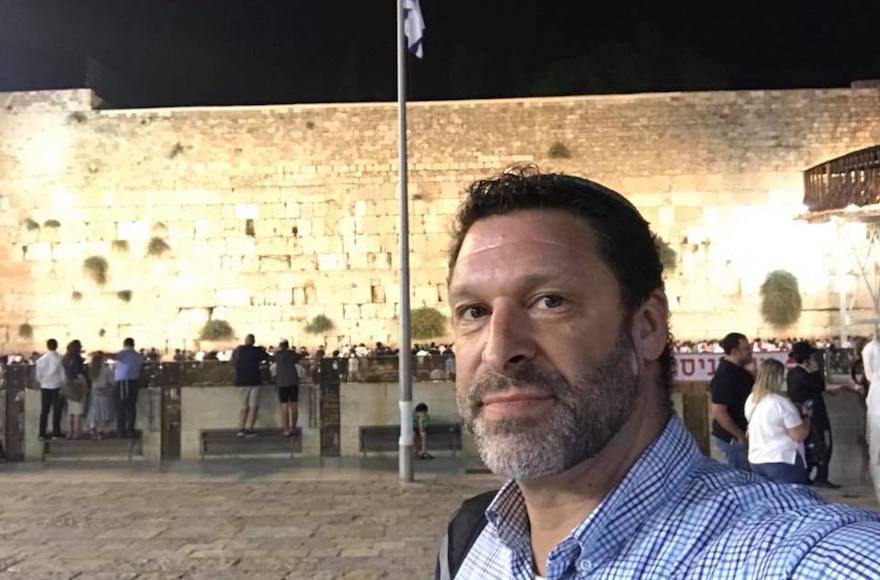 Ari Fuld, shown at the Western Wall in Jerusalem, worked at a nonprofit that provides food and supplies to Israeli soldiers. (Facebook)

(JTA) — When Ari Fuld first approached him, Josh Weixelbaum was a 20-year-old soldier visiting friends in the West Bank settlement of Efrat.

Fuld had heard Weixelbaum speaking English, so he introduced himself and asked Weixelbaum about his time in the army. Fuld soon learned that Weixelbaum, an American immigrant from New Jersey, was serving near Nablus, in the northern West Bank, and that his posting got chilly during the long winter nights.

Within a couple weeks, Weixelbaum recalled, Fuld arranged for the regiment to receive blankets and fleeces inscribed with their military unit’s logo. Fuld drove up to the posting to deliver some of the supplies himself.

The two stayed in touch as Weixelbaum finished his service, attended college and took a job. He said that Fuld, a prominent pro-Israel activist who worked at a nonprofit that supported Israeli soldiers, became a “free-of-charge, volunteer mentor” in how to fight in a different role: as an advocate for Israel online and in person.

“The thing is not to fear them and really not to ever be ashamed of who I am and what I believe in,” Weixelbaum said, recalling Fuld’s main piece of advice. “Ari and I didn’t always agree on everything. That, to him, was secondary. The important thing was don’t be ashamed.”

Fuld, 45, was killed by a Palestinian terrorist in a stabbing attack Sunday near his hometown of Efrat. An American immigrant to Israel, he served in its army and worked at Standing Together, a nonprofit that provides food and supplies to the Jewish state’s soldiers.

His friends said he embodied a dual persona: The pugnacious activist for his country, eager to defend a right-wing perspective on Israel, and the warm, loving, funny father of four who never hesitated to lend a hand.

“The arguments were tough,” said Yariv Oppenheimer, the former general director of the left-wing organization Peace Now, who co-hosted a political talk show with Fuld. “He had very sharp right-wing opinions. He didn’t yield and it was tough.

“But when the cameras turned off, he was a character who was fun to talk to, fun to laugh with, a little sarcastic. A man so full of energy and optimistic, it’s hard to talk about him in the past tense.”

A member of the right-wing National Union party, Fuld was a full-throated advocate for the right of Jews to control and settle in the West Bank. He took on not only anti-Zionist activists, but also Israeli left-wingers whose views were the opposite of his own. The two taglines for a speaking tour scheduled for November were “Why the world has given up honesty for the sake of diplomacy” and “Why the 2-state solution was always part of the problem.” 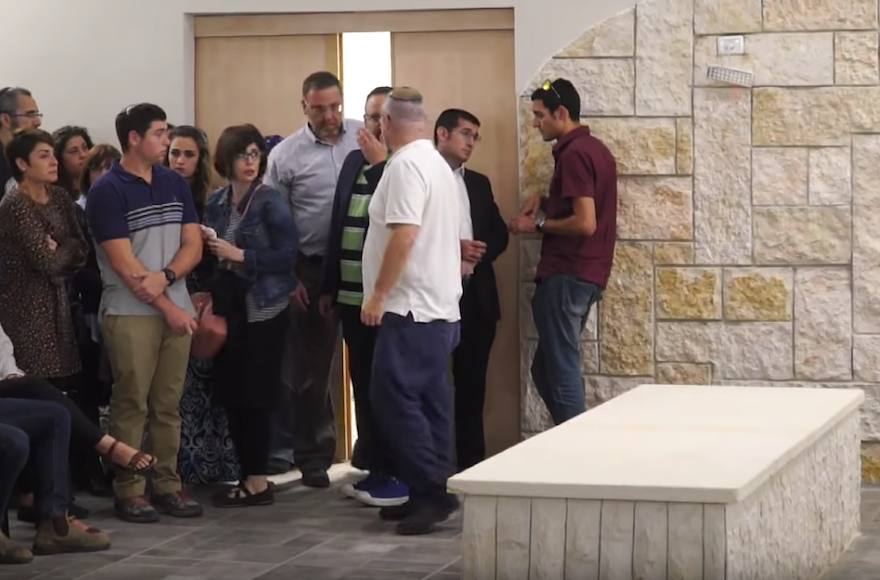 Some of the thousands who attended Ari Fuld’s funeral late on Sept. 16, 2018. (Screenshot from YouTube)

His statements — including claiming that “All terrorists who have murdered Jews in Israel have been Muslim” — occasionally saw him banned from Facebook.

“Today’s war is an information war and it must be known that we have people from within who are simply misinformed and causing tremendous harm to Israel,” he wrote in a 2016 post for the Jewish Press titled “Confronting the Left at the Jerusalem Day Parade.” “We must not be silent! We must stand up and shout the truth.”

Friends said that his ideological commitment was real and that he never shied away from a debate.

And in the day following his death, friends have said that he practiced what he preached through his final moments. Video of the stabbing shows Fuld chasing after the teenage terrorist and firing a gun at him before collapsing.

“He died as he lived; a selfless hero who wanted to help and protect others,” wrote Sarri Singer, a victim of terrorism in Israel who founded Strength to Strength, a nonprofit that brings together terror victims, in a column for Britain’s Jewish News. “His first instinct after a terrorist stabbed him in the back was to neutralize the threat and make sure everyone else was safe.”

Fuld grew up in New York City, in the borough of Queens, and moved to Israel in 1991 after graduating from high school to attend Yeshivat Hakotel, a yeshiva in Jerusalem’s Old City. Following his army service, he stayed on for decades in reserve duty — even after he was exempted at age 40. In addition to his work with Standing Together, Fuld taught karate in and around Jerusalem.

But he wasn’t only a fighter. Aaron Friedman, a close friend and neighbor of Fuld’s who last saw him over the weekend, recalled Fuld as a loving and dedicated community member. He remembered one “small thing” Fuld did for him: When Friedman’s cellphone broke, Fuld immediately lent him his own.

“He was ALWAYS willing and offering to help friends,” Friedman wrote to JTA in a Facebook message. “He was someone you wanted around and just loved joking around with.”

Weixelbaum said that the softer side could surprise Fuld’s ideological rivals. At a recent event in Jerusalem, he said, some people with whom Fuld had debated online met him in person for the first time.

“You seem so tough on social media and you’re a teddy bear in real life,” he remembers them saying. “He was incredibly normal … warm and genuine and loving.”