Some 200 cars full of families showed up on Sunday, the second day of the holiday, to participate in a ceremony and listen to the shofar, all from their vehicles.

“We organized a full circuit where the families were able to enter with the cars and didn’t have to leave the car, with stations to share our traditional activities in community, with prayers, some tzedakah [charity] spots, yizkor to remember the loved ones and also spots to sing and of course to listen the shofar together,” Marcelo Polakoff, the chief rabbi of the Israelite Union Centre of Cordoba, told the Jewish Telegraphic Agency.

The Jewish community of the Cordoba province numbers approximately 8,000, making it the second largest after Buenos Aires. Cordoba is located 440 miles northwest of the capital. 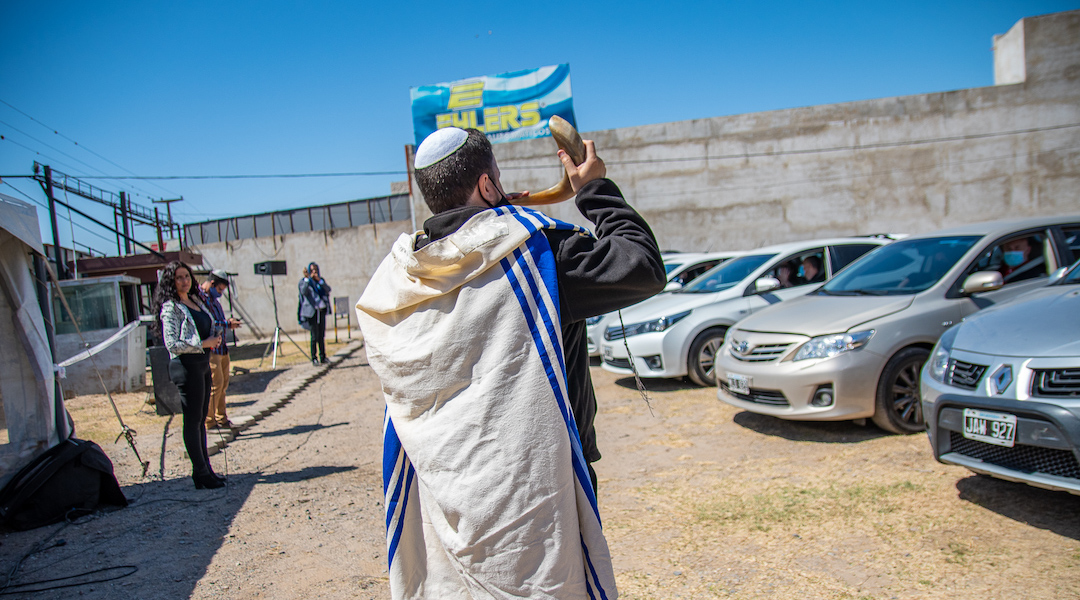 The event was organized in coordination with the local government to comply with COVID-19 protocols and guidelines. Argentina has imposed one of the world’s strictest quarantines since March 20.

Meanwhile in Buenos Aires, the local Chabad organized shofar ceremonies in public parks and squares of the city. Chabad members also visited homes of people who could not make it to a park and blew shofars from outside their buildings.