Are Republicans trying to make the government shutdown an Israel issue? 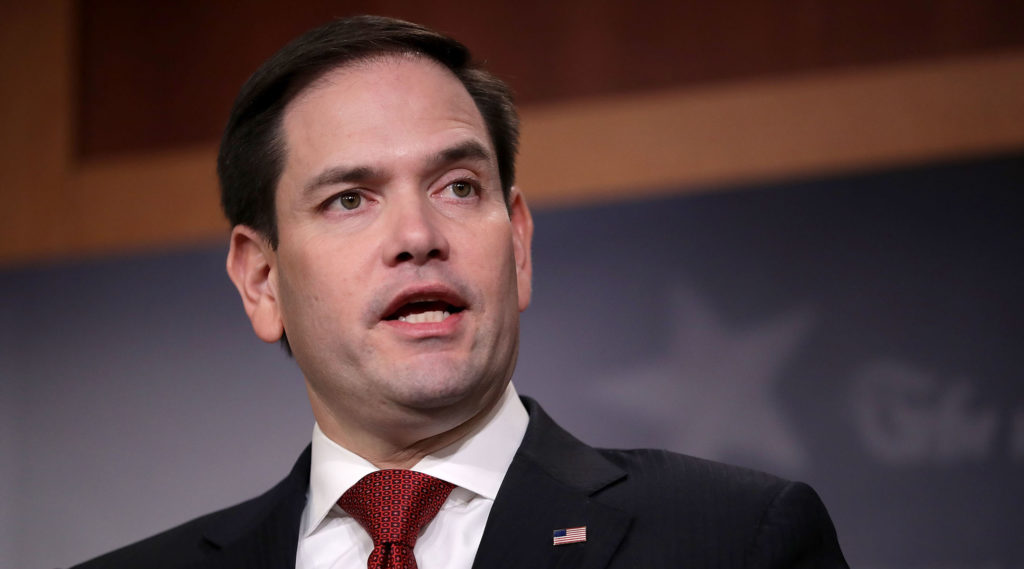 WASHINGTON (JTA) — Republicans are in a bind: Polls show Americans blaming President Donald Trump for the third week of a government shutdown, and the administration is mired in confusion over its Middle East policy.

So this week, top Republican senators and their allies in the Jewish community have pulled out a tried-and-true card to flip the misery to the other side, in this case the Democrats. It’s Israel.

Mitch McConnell, R-Ky., the Senate majority leader, has slotted as the first Senate bill of the new Congress a mini-omnibus package on Middle East policy. It includes two measures popular with the centrist and right-wing pro-Israel communities: One codifies $38 billion in defense assistance for Israel for the next 10 years, the other protects states that pass bills targeting Israel boycotters from being sued.

Democrats in both chambers say the business of reopening government must take priority and are resisting any other parliamentary business until that happens. Trump won’t allow spending bills to advance until he gets more than $5 billion in funding for a wall he wants to build along the border with Mexico in order to limit immigration.

But some Republicans are using the Israel angle as a wedge issue. McConnell’s spokesman, Don Stewart, took direct aim at the pro-Israel cred of Sen. Chuck Schumer, D-N.Y., the minority leader. Schumer is pushing his caucus to block the Middle East bill — the portentously numbered S.1 — through a filibuster when it comes to the Senate floor on Tuesday evening, shortly before Trump is to address the nation and make his case for the border wall.

“It would be a stunning reversal for Senator Schumer to suddenly block security assistance to Israel simply because he can’t work out his differences with President Trump on an unrelated matter,” Stewart told The Washington Post.

Schumer, who is Jewish, routinely tells pro-Israel audiences that he regards himself as a “guardian of Israel,” a play on the Hebrew root of his name, shomer, which means guard.

Schumer, who together with House Speaker Nancy Pelosi, D-Calif., will rebut Trump’s wall speech, was not biting.

“Senator Schumer will vote against proceeding to S.1 because Senate Republicans should instead bring to floor the bi-partisan House-passed bills to reopen the government,” Schumer’s spokesman, Angelo Roefaro, told JTA in an email. “It’s unfortunate Leader McConnell and others have decided to use Israel to play politics.”

“We knew going into 2019 that the Democrats would continue their reckless obstruction and grandstanding,” the group said in an action alert to its members. “Sure enough, Senators Schumer and Durbin are leading the Democrats’ charge to block a bill that is vital to Israel and Middle East security.”

The author of S.1  tried to twist the knife further. Sen. Marco Rubio, R-Texas, alleged on Twitter that Senate Democrats feared bringing the bill to the floor because it would expose how many of them support the Boycott, Divestment and Sanctions movement targeting Israel, which the measure seeks to limit. (Rubio did not offer any evidence to validate his claims, although JTA asked him twice to do so on Twitter.)

McConnell’s gambit is a transparent one, said Halie Soifer, the director of the Jewish Democratic Council of America. In an interview, she noted that the four components of S.1 — the bill also expands sanctions on Syria’s Assad regime and strengthens the U.S.-Jordan alliance — were under consideration in the previous Congress, when Republicans controlled the Senate, the White House and the U.S. House of Representatives. (Democrats now control the House.)

“If it was so important for Senator McConnell to pass this legislation in the 115th Congress, he could have done so at any time,” Soifer said, referring to the almost limitless power of the majority leader to advance legislation. “He has clearly made a political calculation.”

“We might as well use the time to pass something that has unanimous support in the pro-Israel community,” he said, paraphrasing the thinking of the leaders. Brooks said it was the Democrats who were “playing politics.”

The American Israel Public Affairs Committee declined to comment on the matter.

If McConnell is playing the Israel card against the opposite party, it’s a calculation that Democrats have been known to exploit in the past. Democrats used Israel as a cudgel against Republicans in 1996 and 2013, when GOP lawmakers shut down the government, and again in 2005, when President George W. Bush, facing a crisis after Hurricane Katrina, reneged on promised additional funding to help resettle Israelis pulled out of the Gaza Strip.

While a number of Democratic senators took Rubio to task on Twitter for saying they support the Israel boycott movement, there are Democrats who oppose the anti-BDS legislation because of concerns that it shuts down free speech. The American Civil Liberties Union, a key Democratic constituency, has made a priority of killing anti-BDS laws on the state and federal levels. Liberal pro-Israel groups, like Americans for Peace Now and J Street, have joined the ACLU in opposing the anti-BDS component of Rubio’s bill.

Still, the lead Democrat championing anti-BDS legislation, Sen. Ben Cardin, D-Md., said on Twitter that the boycotts were not the issue at hand right now.

“I’ve worked closely with you on BDS, @MarcoRubio, and disagree with you here,” said Cardin, who in the last Congress authored a bill that would set federal fines for commercial entities that comply with BDS. “The government #shutdown is a crisis, impacting millions of Americans and our economy. We can’t simply proceed with business as usual. Reopening the govt must be our first priority. #EndTheTrumpShutdown.”

On Tuesday, Rubio pivoted to a different tactic. Citing the Syria sanctions component of his bill, he mocked Democrats who ridiculed Trump’s confusing Syria policy — the president has said he will pull troops out of Syria, while his top aides have said there is no schedule to do so.

“After the decision to pull out from #Syria many of my Democratic colleagues called for Congress to take action to address the negative impacts of that decision,” he said on Twitter. “Yet many of these same Senators have announced that today they will vote to block our bill to do just that.”