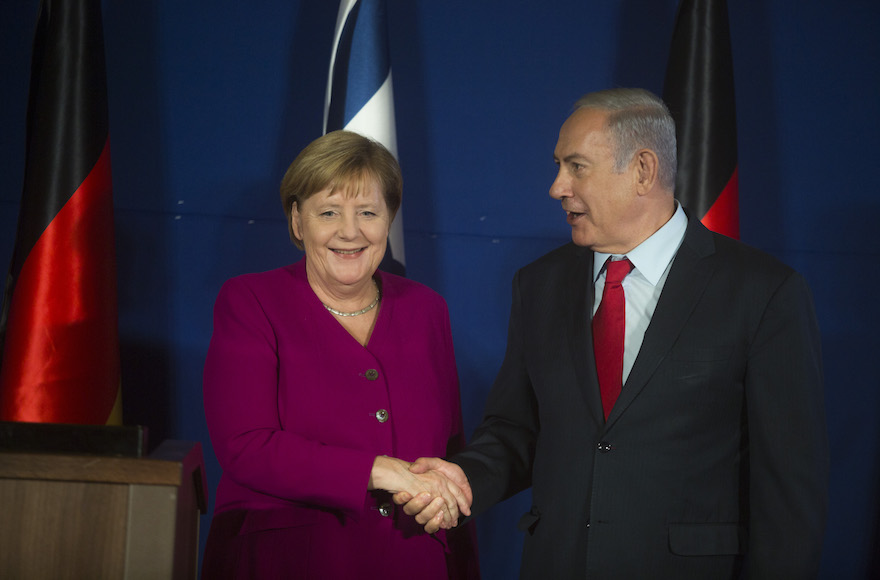 Germany’s chancellor has “developed a very personal connection to the State of Israel and the Jewish people, [becoming] one of the rare German politicians who – when speaking about lessons learned from the past – really knows what she is talking about, and really means it,” said Beck, whose book, “Chancellor Merkel, Israel and the Jews,” was published in Hebrew last year by Yedioth Books. “Not like so many other German politicians who repeat slogans they have learned to say.”

Yet it can be argued that Merkel the politician may have become a victim of her own humanitarian convictions – opening doors to more than a million people and showing the world a kinder, gentler Germany.

That was the backdrop to Merkel’s decision last month to take her name out of contention in future German elections.

Her announcement that she would step down from the chairmanship of the Christian Democratic Union — a role that generally guarantees the role of chancellor to the winning party — follows the erosion of the CDU’s conservative voter base due to mounting frustration over Merkel’s handling of the migrant/refugee crisis.

In 2015, saying “We can manage it,” she opened German borders – ultimately more than a million people came. Not all of them were legitimate refugees.

Her decision has triggered fear and anger among many Germans and, some say, contributed to the rise of the far-right Alternative for Germany — the first such party since 1945 to take seats in the national parliament.

Merkel now has to pay the political price. Her final phase as chancellor could last as long as a couple of years, until the next national election. Far from being a lame duck, she will still determine the tone and direction of her country.

But now, whoever wins leadership of the Christian Democratic Union at the upcoming party congress will have the task of ensuring that the party will continue to hold power, as it has since Merkel first entered the chancellery in 2005.

Those concerned with Germany-Israel relations and support for Jewish life in Germany are anxious to know what comes next. There is no guarantee that Merkel successors heading the CDU will follow her lead.

German Jewish leader Charlotte Knobloch worries that there will never be another politician like her and wishes she could reconsider.

Merkel “has stood up for Israel and the Jewish people with heart and soul, not just as a politician but as a person,” Knobloch, 86, head of the Jewish Community of Munich and Upper Bavaria, told JTA in a telephone interview.

In 2008, when she was head of the Central Council of Jews in Germany, Knobloch accompanied Merkel to Israel, where the chancellor became the first foreign head of government to address the Knesset.

“It was unforgettable, her fantastic statement about Germany’s responsibility for Israel,” Knobloch recalled. “She called it part of Germany’s ‘raison d’etat,” or national interest.

Throughout Europe, too, Jewish leaders are loath to see her go.

“At a time when the winds of extremism and populism are blowing ever stronger on our continent, no voice has been stronger in stressing tolerance and opposition to racism and anti-Semitism than that of the Chancellor,” Moshe Kantor, head of the Brussels-based European Jewish Congress, told JTA in an email.

Other Jewish leaders are similarly concerned. 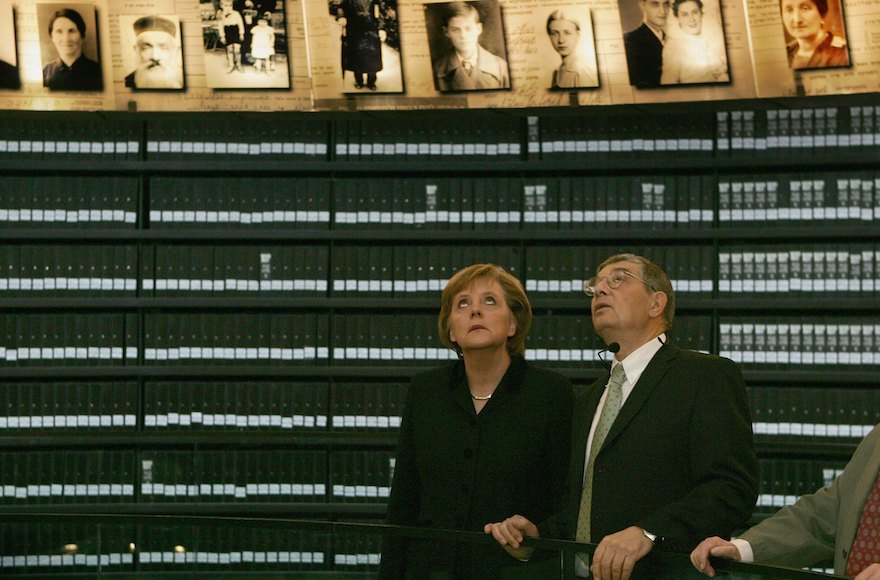 “Angela Merkel has clearly been a real anchor for German Jewish relations,” Deidre Berger, head of the American Jewish Committee’s Berlin office, told JTA. “She has an inner bond to Israel that is quite remarkable. And despite occasional political disagreements, she has brought German-Israeli relations to a new height.”

Certainly the seas have not always been smooth under Merkel. But the past 13 years have seen some notable moments:

In addition to becoming the first German head of government to address the Knesset, in 2008 Merkel also initiated – with then-Israeli Prime Minister Ehud Olmert – joint annual top-level government consultations between the two countries on a wide range of topics. It was the first time that Germany had ever engaged in Cabinet consultations with a non-European country; the next meeting is scheduled for 2019 in Berlin.

Merkel has also criticized Israel openly. For example, in 2011 she threatened to halt delivery of a German submarine in protest of Prime Minister Benjamin Netanyahu’s settlement policies. She relented after Israel released $100 million in frozen tax and customs fees to the Palestinian Authority.

As chancellor, Merkel has been quick to respond to anti-Semitism at home – after being criticized for hesitating to expel an anti-Semitic politician from the Christian Democratic Union in 2003.

In 2012, thanks in part to Merkel’s intervention, the Bundestag passed a law permitting Jews and Muslims to practice ritual circumcision of boys after that right was threatened in what was widely considered an anti-Semitic campaign.

What makes Merkel’s engagement with Israel and Judaism so “spectacular is that she is actually coming from [East] Germany … which was very hostile to Israel and never really took interest in Jews and what happened to them during the Holocaust,” Beck said.

Merkel was born in 1954 in Hamburg, in West Germany, but moved with her parents to East Germany after her father, a Lutheran minister, was assigned to a parish there. She became a chemist and worked in that field until becoming involved in politics in 1989, just before the fall of the communist state and the unification of East and West Germany. She rose to prominence in her party as a protege of Chancellor Helmut Kohl, and was elected CDU chief in 1998.

When it came to subjects that were taboo in East Germany – like the Holocaust and Israel – Merkel had to learn on her own.

“She often told me that she heard almost nothing during her childhood about the persecution and murder of the Jews, and this is why she was determined to stand up for the Jews,” said Knobloch, who survived the Holocaust in hiding in Germany.

Beck and others put Merkel’s motivations in accepting refugees in that context. The author said Merkel “felt that in light of the human tragedy in Syria and Iraq, Germany cannot sit and do nothing.”

Merkel also hesitated to impose “selections” at the border, “due to the historical sense of the word with regard to the Holocaust,” Beck said. “So Germany became actually a victim of its incapacity to distinguish between past and present.”

Berger of the AJC agrees that Merkel “was truly motivated by humanitarian concerns. … Nonetheless, the social and economic divide has become larger, the society has become more polarized and there seems to be a widespread feeling in the CDU that it is time for different leadership.”

And the challenge to Jewish leaders in Germany is clear, too, said Berger, who recently accompanied an AJC delegation to a meeting with Merkel marking the organization’s 20th year in Berlin.

“In a post-Merkel era, which we don’t yet have, it will be more necessary than ever to work on maintaining memory of the past,” Berger said, “as well as close ties to the Jewish world in Israel and Germany.”