TEL AVIV (JTA) — In a city where new eateries open and older ones close with the frequency of the waves lapping at the nearby seashore, this city’s Levinsky Market stands as a place where people have anchored their food businesses for decades.

Chef Haim Rafael, for instance, still prepares Turkish tarama salad according to his grandmother’s recipe, whisking breadcrumbs and light pink fish eggs into the same spreadable paste the way she did when the family set up their delicatessen in the market in 1958.

Occupying a seven-block stretch of Levinsky Street in the south of Tel Aviv, the marketplace of dry goods, spices and delis founded in the 1930s by working-class Balkan Jews attracts shoppers looking for specialty items and the smoked and briny flavors of a bygone past.

With its inclination toward kippered fish, cured meats and pungent cheeses, Levinsky Market might not seem at first glance like a logical locus for a vegan invasion.

But it was, in fact, the market’s time-honored quality that recently attracted a surprising newcomer to the scene: the upscale vegetable-centric restaurant Opa.

“I think that Levinsky Market is one of the last truly authentic places remaining in the city,” said Shirel Berger, chef and co-owner of Opa, about her choice to open a fine dining establishment there last November. “People have had their stores for generations, and I really like the vibe – it seems real and not like a mall, or anything new. It’s very raw and authentic.” 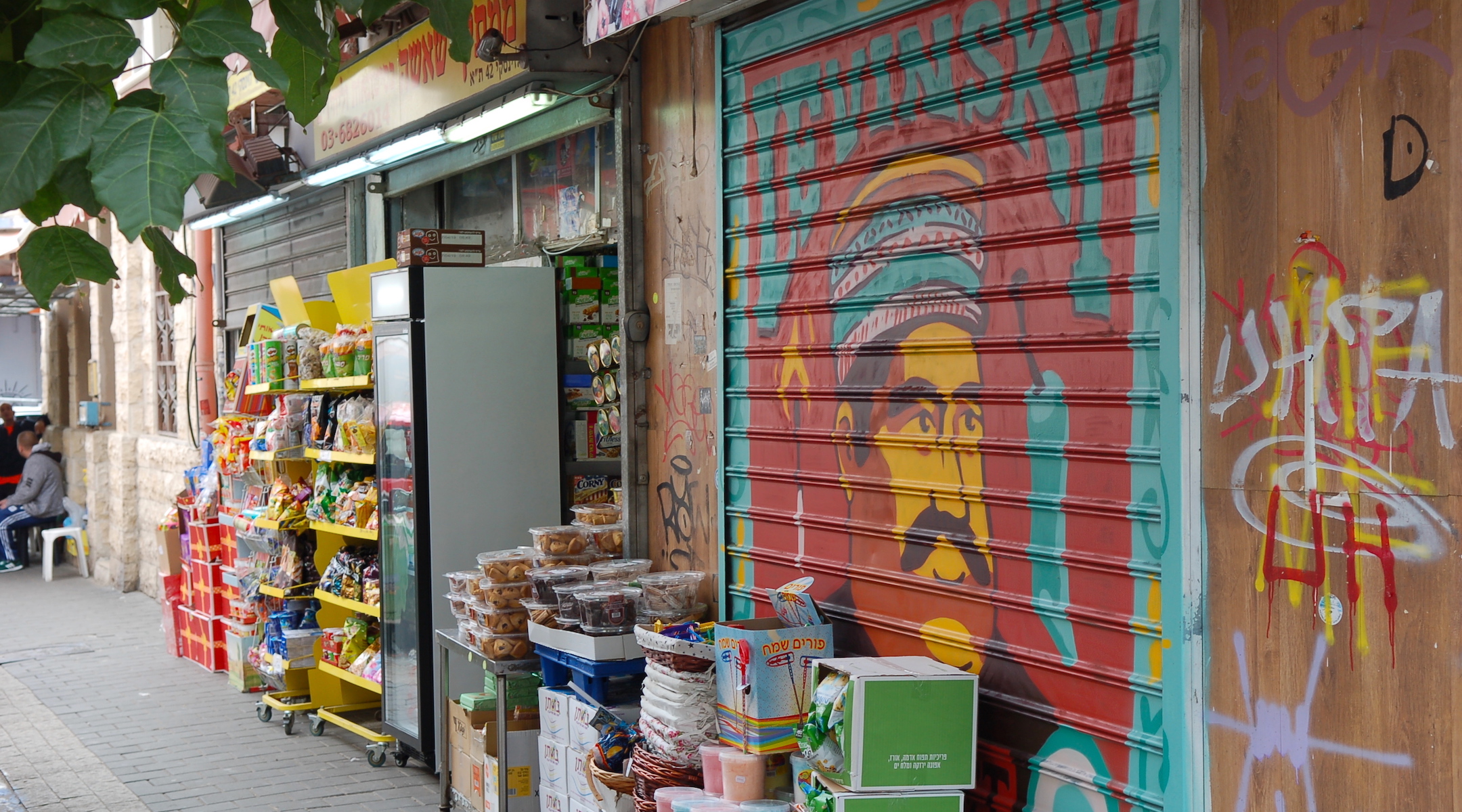 The market, which occupies a seven-block stretch of Levinsky Street in the south of town, was founded in the 1930s by working-class Balkan Jews. (Karen Chernick)

Opa is the latest plant-based addition to the neighborhood, but certainly not the market’s first vegan establishment. Over the past few years, the number of Israeli vegans has swelled to 5 percent of the city’s population of approximately 400,000, ranking it high among the countries with the largest number of vegans per capita. Tel Aviv alone boasts 400 vegan-friendly eateries, and several have found a home in Levinsky Market.

“Levinsky Market was actually always a place for vegans without intending to be,” said Ori Shavit, a Tel Aviv-based food journalist and vegan advocate. “It has an abundance of pantry staples that are an inextricable part of vegan nutrition, especially anything related to the world of grains and beans, nuts, seeds, dried fruits and of course an enormous range of spices.”

“Many vegans shop in Levinsky Market and also live nearby, so it was only natural that they’d eat in the area, and with time their culinary options expanded.”

Certain plant-based foods were always abundantly available through vendors in the market, such as the nationally beloved hummus and falafel. But Levinsky’s vegan menu has now grown to include items such as nondairy malabi (a vegan version of the traditional Persian milk pudding topped with rosewater syrup and crushed pistachios), cashew-cheese pizza, borekas (Balkan phyllo dough pastries) and nondairy cheeses. 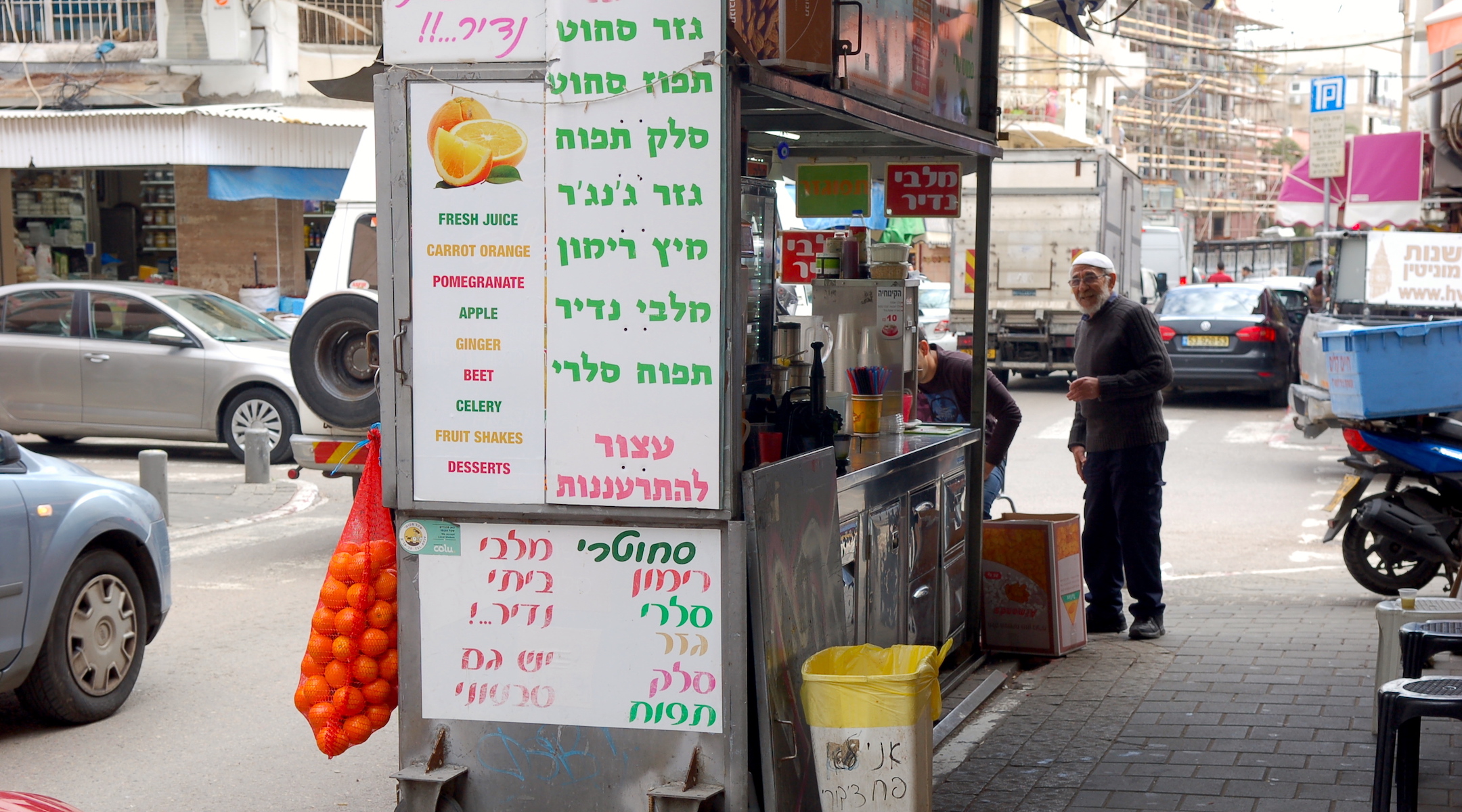 There is even an all-vegan delicatessen resembling the style of Haim Rafael’s veteran establishment. The Taste for Life deli opened five years ago. Like many of its Levinsky Street neighbors, it makes all of its own spreads, producing pepper-corned pastrami made from walnuts, tart coconut-based yogurt and soy cheeses.

“It just seemed necessary” to open a location in Levinsky Market, said Daniel Mikitas, co-owner of Taste for Life, “because there are regular delis, so we vegans deserve to have one, too.”

The deli, a vegan pioneer when it opened, is in good company now.

“Today the vegan options around the market are very diverse,” said Shikma Jacoby, a vegan blogger and advocate who found only two plant-based eateries in the market when she moved to the area three years ago. “You can have anything from incredible desserts to vegan shawarma.” 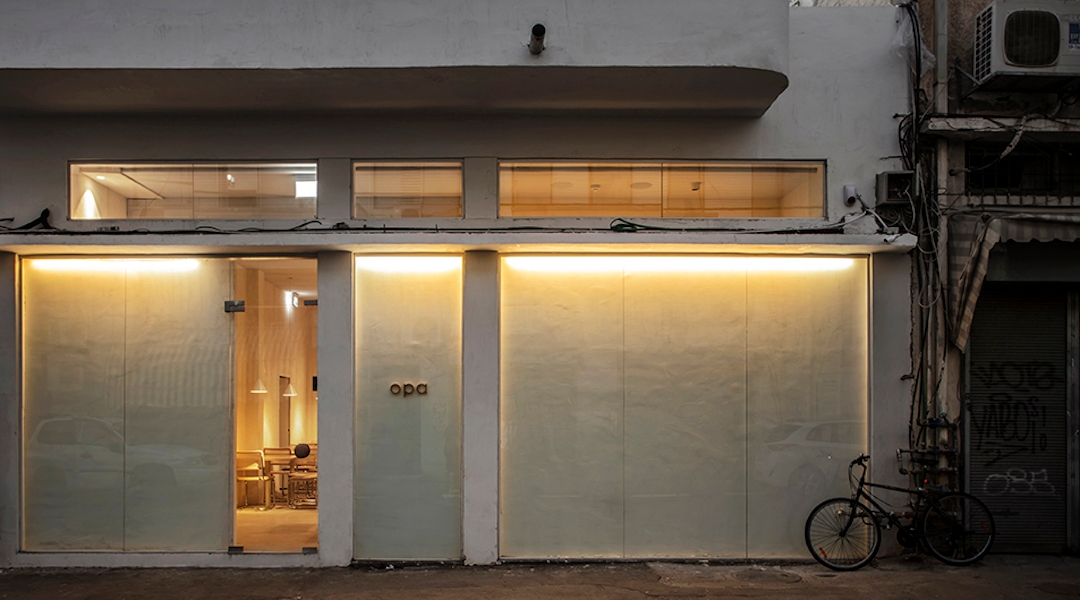 A view of Opa, a vegan newcomer in the market. (Yoav Gurin)

Side streets off of Levinsky house Lila Pizza, which happily substitutes cashew cheese on any of its pies, and an artisanal coffee roaster, Cafelix, serving vegan desserts.

These eateries are certainly not the establishments that Levinsky Market was built upon, but they seem to easily coexist with the veterans. Opa sits midway on a block bordered by Fat Dog hot dogs on one corner and a cheese shop called Hahalban (Hebrew for “the milkman”) on the other. Berger has found ways to incorporate some of her neighbors into her kitchen. 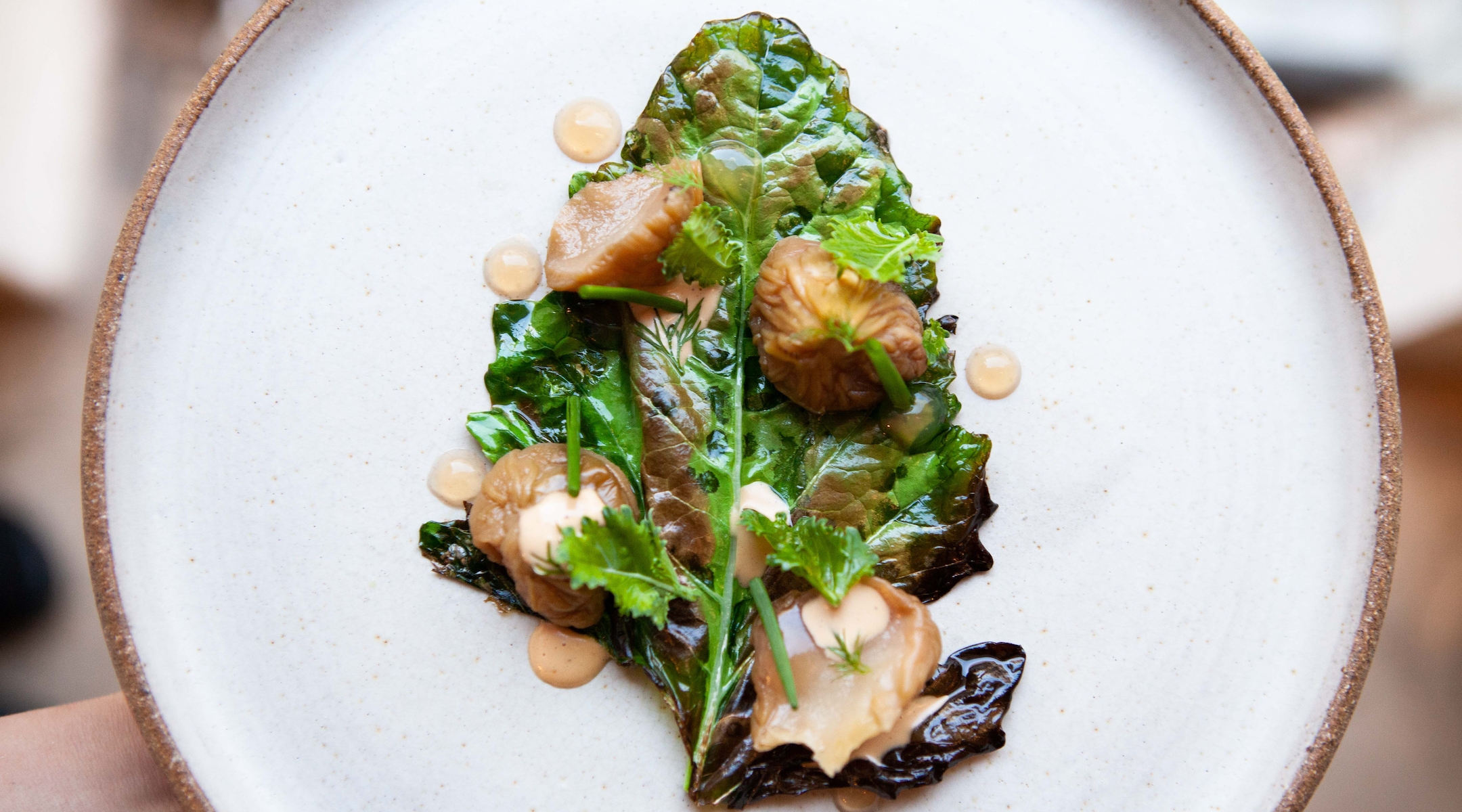 This kohlrabi dish is served at Opa. (Aviv Shkury)

“All the dry goods are definitely from Levinsky Market, of course,” Berger said. “We have a small nut roaster right next door, so of course we work with him. I have relationships with everyone.”

For the market’s old-timers, it seems to make sense to welcome the new vegan arrivals. Vegans mean business, fresh clientele and renewed interest in the historic market.

Asked how long he’s been selling coconut-based malabi from his street cart, the vendor outside the Eliahu Hanavi synagogue answered “for years already. Everybody likes it.”

“I think that Levinsky Market is extremely open to veganism and is embracing it,” Jacoby said. “It’s almost as if when you don’t offer vegan options, you are kind of out of the loop.”