An ‘empire of influence,’ a checkered track record and more: Catch up on the Mike Bloomberg news as he makes his debate debut 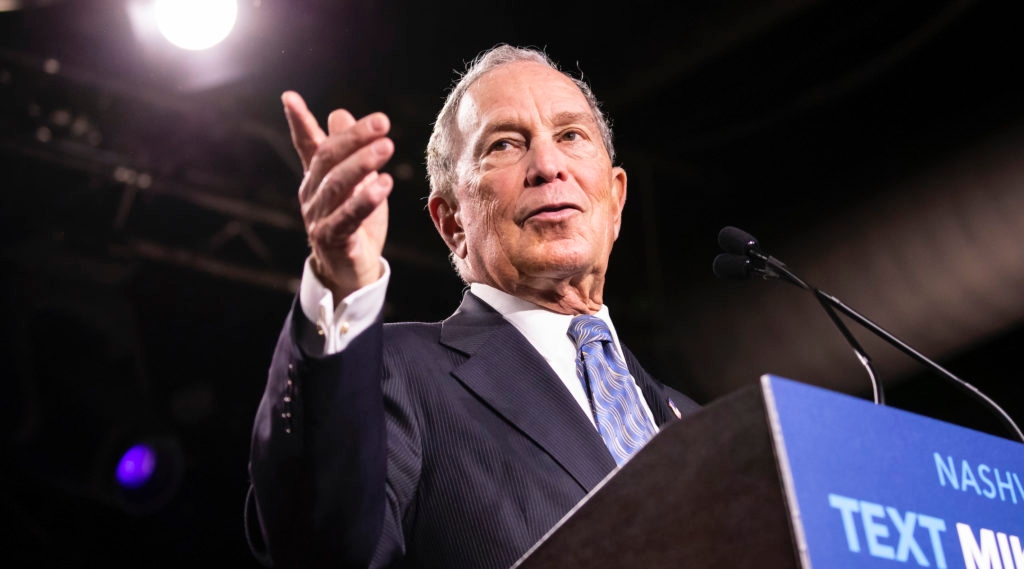 (JTA) — The Democratic National Committee’s decision to let Mike Bloomberg appear in the next presidential debate means that not one but two Jewish candidates will be sparring.

Bloomberg will join Bernie Sanders and the rest of the remaining Democratic presidential hopefuls on stage Wednesday in Nevada, the next state to hold a nominating contest.

Bloomberg’s campaign launched only in November, so voters across the country are still being introduced to the billionaire businessman and former New York City mayor. The introductions are coming in the ads, mailers and social media posts that Bloomberg has reportedly spent $400 million of his own money to produce and distribute.

They are also coming in a firehose of media coverage that can feel impossible to track.

If you’re just catching up, here’s a primer for anyone wanting to catch up on the latest fast-moving developments in Bloomberg’s candidacy.

Bloomberg’s spending has made him one of the world’s most generous people — and one of the most influential, for better or worse.

The New York Times examined Bloomberg’s philanthropy in a major story over the weekend, concluding that Bloomberg has given more than $10 billion to charity and political causes, many dear to Democratic voters such as gun control and environmental protection. (This puts him in line with Jewish Americans as a whole, who on average give more to charity than non-Jews.)

But that giving takes a different cast when viewed in light of Bloomberg’s presidential aspirations, according to the story, which details Bloomberg’s “empire of influence”:

It is not simply good will that Mr. Bloomberg has built. His political and philanthropic spending has also secured the allegiance or cooperation of powerful institutions and leaders within the Democratic Party who might take issue with parts of his record were they not so reliant on his largess. …

“They aren’t going to criticize him in his 2020 run because they don’t want to jeopardize receiving financial support from him in the future,” said Paul Ryan, vice president of policy and litigation at the good-government group Common Cause.

A second major story this weekend, from The Washington Post, lays out criticism that has dogged Bloomberg for decades: that his company is a hostile work environment for women, and that he himself has spoken crudely about women.

The story, which summarizes lawsuits and comments that have long been public, concludes that Bloomberg’s record here could weaken his ability to unseat President Donald Trump.

Now, as Bloomberg is increasingly viewed as a viable Democratic candidate for president and the #MeToo era has raised the profile of workplace harassment, he is finding that his efforts to prevent disclosure are clashing against demands that he release former employees and complainants from their nondisclosure agreements.

The allegations that he tolerated a hostile office culture could undercut his ability to criticize President Trump’s alleged sexual misconduct and efforts to keep such claims private.

Bloomberg and his campaign have denied the allegations in many of the lawsuits. But a spokesman said the candidate also has apologized for some of his past comments.

“Mike openly admits that his words have not always aligned with his values and the way he has led his life, and some of what he has said is disrespectful and wrong,” the spokesman, Stu Loeser, told the newspaper.

A tally of lawsuits by women against Bloomberg and his company turned up nearly 40, from 64 different women, according to an analysis by Business Insider. (That story is behind a paywall, but here’s a New York Post story about Business Insider’s analysis.)

Bloomberg’s past and present positions are coming under scrutiny.

As Bloomberg’s standing in national polls has risen, so, too, have questions about his political record. In the last week, he has faced pressure to address his past defenses of “redlining,” aggressive policing and surveillance of Muslims in New York City. A few highlights, in case you’ve missed them:

On issues central to many Jewish voters — including how he would handle anti-Semitism and his approach to Israel — Bloomberg outlined his thoughts last week in an exclusive JTA op-ed.

In a climate rich in anti-Semitism, figuring out how to criticize Bloomberg can be hard.

There’s plenty in Bloomberg’s record to criticize for anyone who is so inclined. But criticizing a Jewish financier who really does own a news agency and is spending mightily to influence the media is complex — it’s not hard to imagine even the most evenhanded critiques veering into anti-Semitic tropes.

Writing in the New Republic this week, Emily Temkin makes the case that it is in fact possible to criticize Bloomberg without resorting to anti-Semitism. Writes Temkin (who is working on a book about another Jewish billionaire who has influenced politics and ignited anti-Semitism, George Soros):

There will be commentators, in the coming weeks and months, who frame any criticism of Bloomberg as anti-Semitism. But this is not a Shakespeare play, and Bloomberg is not Shylock, nor is he a stand-in for all Jewish people. He is running for president to advance his own political ambitions. Those ambitions, and the manner in which Bloomberg is trying to realize them, are not above considered critique.

Separating out substantive critiques from anti-Semitic dog whistles is already keeping the Twitterati busy. On Tuesday night, Sen. Ted Cruz responded to a tweet showing a Bloomberg News headline declaring the candidate a front-runner for the nomination.

“It’s almost as if he owns the media,” the Texas senator wrote.

“Words matter,” Andy Levin, a Democratic congressman from Michigan who is Jewish, swiftly wrote in one of many responses on Twitter. “Owning the media outlet carrying this message is indeed a problem. However, accusing a Jewish candidate of owning ‘the media’ is anti-Semitic.”

If you know nothing else, know that Bloomberg likes to nosh on matzah.

In a photo essay documenting 55 hours on the campaign trail with Bloomberg, a Washington Post photographer captured him snacking on the unleavened bread, traditionally eaten during Passover, at his New York City offices. Bloomberg’s condiment of choice: Skippy peanut butter.