Amy Siskind has been called a face of the anti-Trump resistance. Liberal critics claim she is an impostor. 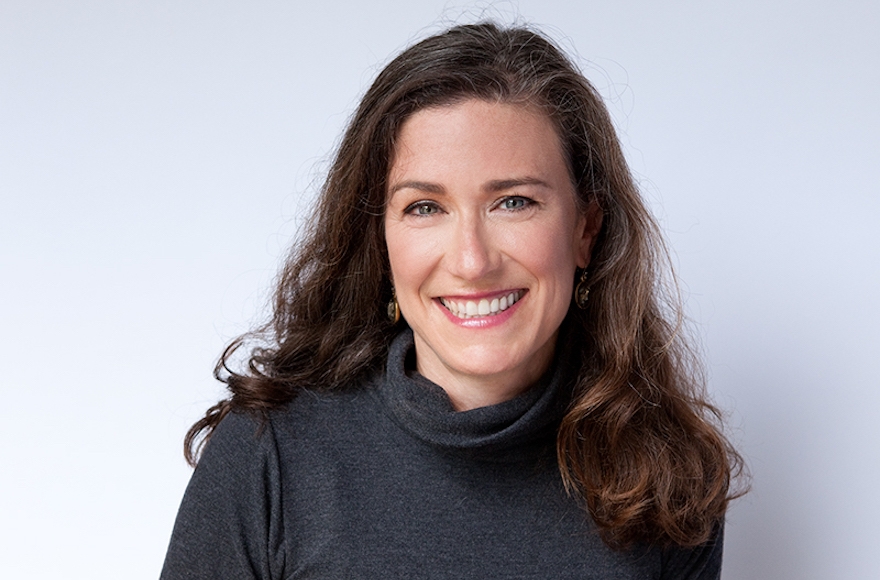 (JTA) — Without Twitter, Amy Siskind’s work documenting the Trump presidency would be a lot harder. But now Twitter has made her life harder, too.

Siskind is the writer of The Weekly List, an online compendium — and now podcast and book, “The List” — that seeks to record every way in which the president is departing from or destroying established democratic norms.

The list began two weeks after Trump’s election and its first installment had nine items. This week’s had 156. Among them was another accusation by Trump that Special Counsel Robert Mueller is biased against him, a tweet downplaying reports of Russian meddling in the 2016 election and the president again calling the media the “enemy of the people.”

Twitter helps Siskind find the news she collates and summarizes. It allows people to alert her to articles and respond to ones she has posted. It helps her do contextual research. And, of course, there is Trump’s own Twitter feed — itself a fount for her work.

“It’s a 30-hour-a-week exercise of trying to keep up with the news and document it all,” Siskind told JTA. “This is the nerdy side of me, that recognized early on that something didn’t feel right and decided to take on the exercise of writing things down.”

But Twitter also spares no one, and this week Siskind found herself in its clutches, with a storm of liberal critics accusing her of being a latecomer to progressive politics and a closeted Republican.

It began on Friday, when she tweeted that neo-Nazi rallies are a new phenomenon under the Trump administration.

If you still follow this woman and think that what she says is good and smart, I’m honestly praying for you. pic.twitter.com/sey9YkBPGk

This, of course, is not true. Nazis marched in America plenty of times before 2016. Siskind has since deleted the tweet, but for two women, journalist Imani Gandy and Diane Alston, it was a sign that Siskind was uninformed about Republican complicity in decades of racism and white supremacy — indeed, that she was an impostor in the fight against Trump. Both posted threads Monday with old tweets and a video of Siskind praising Sarah Palin and Newt Gingrich and bashing Barack Obama. They also criticized Siskind for condemning Black Lives Matter after it accused Israel of genocide.

“Also she voted for McCain so when exactly did she start fighting for marginalized communities?” tweeted Gandy, senior legal analyst at Rewire News. “Give me a break. Donald Trump didn’t come out of nowhere. He’s the natural result of decades of GOP policies.”

donald trump didn't come out of nowhere. he's the natural result of decades of GOP policies.

so pardon me if i don't believe a former mccain voter and bannon aficionado who, AFAIK, has never repudiated her shitty politics, is suddenly fighting for my rights.

Siskind, a 52-year-old mother of two, hasn’t backed down. In a number of social media posts and an essay, she has defended her record as a women’s rights activist and opponent of Trump. But she’s also shot back at her critics, at times appearing to suggest that they could be Russian operatives. In the essay, posted on Medium, she apologized for that suggestion and said it was unintentional.

Unsurprisingly, Siskind tells a different story about her life — not one of surreptitious Republican activism, but of bipartisan activism for women’s rights and representation followed by increasing horror at the Trump presidency.

Siskind was a Wall Street executive when she backed Hillary Clinton in the 2008 Democratic primary and was upset at the sexism Clinton faced on the campaign trail. She gathered a group of women supporting Clinton after her defeat, and founded The New Agenda, a women’s rights group that was consciously bipartisan, engaging conservative as well as liberal women.

The group has since aimed to focus on consensus women’s rights issues like combating sexual abuse and fighting for equal pay. It’s been both active at the grassroots and in defending female politicians — Clinton, but also Republican Nikki Haley when she ran for governor of South Carolina.

“We were never going to move forward on women’s issues until we could devise something that could be inclusive of all women,” Siskind told JTA. “Sexism against conservative women is still sexism.”

Siskind also took a step to the right herself. She was grateful to John McCain for picking Palin, then a popular Alaska governor, as his running mate in ’08. A self-described “lifelong Democrat,” Siskind voted for the longtime Arizona senator over Obama. She said it was the only time she voted Republican for a major office. In the years afterward, Siskind praised Palin several times, at one point saying that among Republicans, she had a “unique talent to foster cooperation.”

“I’m an admirer of him generally,” she told JTA regarding McCain. “He was very centrist, talked about the kind of Supreme Court justices he would approve. We are at a whole different place a decade later than we were back then. It’s so hard to conflate 2008 with 2018.”

That same sentiment holds true for Siskind’s personal views. She voted again for Clinton in 2016 and was horrified at Trump’s election, fearing a creeping authoritarianism that would erode American democracy. For her, fear of Trump transcends partisan considerations.

So she began the Weekly List. Installments all feature this banner explanation: “Experts in authoritarianism advise to keep a list of things subtly changing around you, so you’ll remember.” She sees keeping the list as her “civic duty,” but says it has only made her feel worse about the administration, which she compared multiple times to the Nazis in their rise to power.

“In the home where I grew up, I heard a lot about the Holocaust and the rise of Hitler,” said Siskin, who was raised in Marblehead, Massachusetts, and whose mother served as synagogue president. “I was sensitive to a lot of what was happening that didn’t seem right after the election.”

She added: “There’s all these things happening in plain sight but because we live in chaos, we feel helpless.”

Siskind believes things have only gotten worse since 2016. Part of the reason she wrote the book, she said, was to have a permanent record of her lists in case they are removed from the internet.

“I was really concerned about information disappearing,” she said.

The work can feel overwhelming, said Siskind, who serves pro bono as full-time president of The New Agenda. She does nearly all of the work for The Weekly List herself, reading articles and figuring out whether or not an action by Trump is actually unprecedented. She used to spend 20 hours a week on it; the number has increased by half.

And now she’s engaged in yet another fight. The Twitter war has continued, with other activists — including Kathy Griffin — attacking Siskind’s past statements and her defensive response to her current critics.

You know what's BS? Resistors who flip out anytime two people argue on Twitter about something or call people out. They always say "no infighting!" Republicans aren't gonna keep the House because some dumb white lady like @Amy_Siskind is finally getting called out on her bullshit

Siskind has stopped actively engaging with the critics. But she’s still tweeting.

The post Amy Siskind has been called a face of the anti-Trump resistance. Liberal critics claim she is an impostor. appeared first on Jewish Telegraphic Agency.