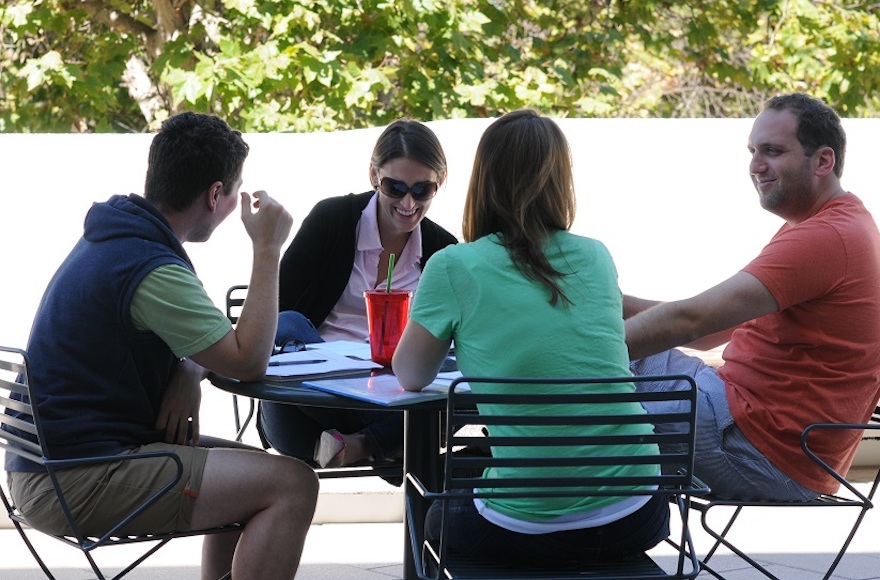 Students participate in a class at an introduction to Judaism program at American Jewish University in Los Angeles. (Karen Holdych Harley Photography)

The university, which has about 70 undergraduate students, said it is committed to ensuring that the enrolled students are able to complete their degrees.

“Our students come first, and we have notified them of these plans,” said Jeffrey Herbst, the university’s president. “Over the next few days we will be holding open forums to address the questions they have and have appointed an academic affairs liaison to provide ongoing support for these students.”

Herbst, who took over as president in July, said the university has “never been able to grow the undergraduate program to a size where it can provide a deep and broad educational experience.”

No other divisions within the university, including other academic programs such as the Ziegler School for Rabbinic Studies, Graduate Center for Jewish Education or Graduate School of Nonprofit Management, will be affected by the change, the university said in a statement issued Friday.

The university also said there will be no faculty layoffs associated with the decision and that the institution is “financially healthy.”

A task force is being created to come up with new programs that may be launched to serve the young adult population, the statement said.

In 2007, the University of Judaism merged with the Brandeis-Bardin Institute to form the American Jewish University, which offers community programming, degree programs and learning experiences. Among its programming is continuing education, arts and cultural events, a rabbinic school, graduate programs, outdoor experiential learning programs and summer camps.