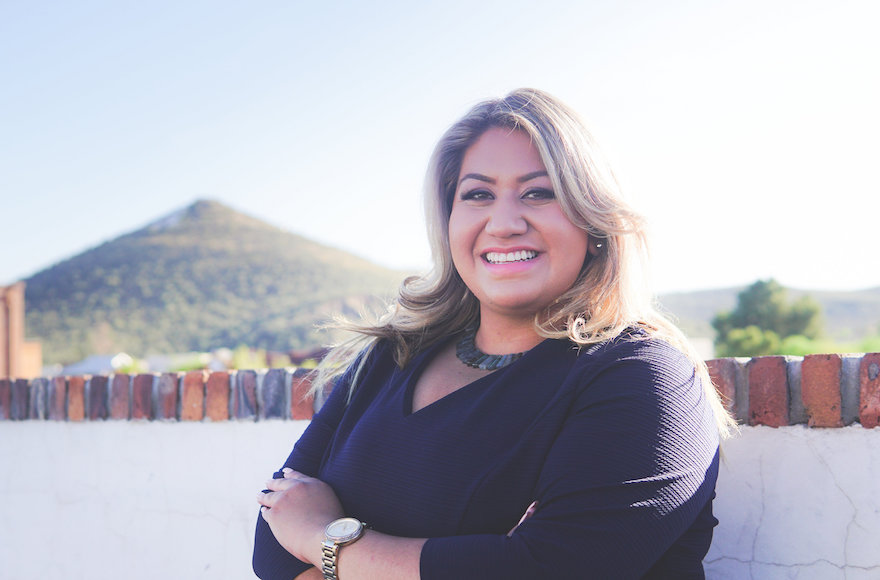 Alma Hernandez’s second-place finish in the Democratic primary for the Arizona House of Representatives paves her way to election in November. (Courtesy of Hernandez)

(JTA) — Alma Hernandez, a 25-year-old Mexican-American Jew, finished in the top two in her Democratic primary for the Arizona statehouse, paving her way to be elected in November.

Hernandez was second in her district Tuesday — there are two open spots for state representative — allowing her to advance. There are no Republican candidates on the ballot this fall.

If elected, Hernandez would be the first Hispanic Jewish woman to hold elected office in the state, if not the country.

“I’m very proud of everything we were able to accomplish,” she told JTA on Wednesday. “We’re not going anywhere, and I’m here to stay.”

Hernandez is a liberal Jewish Latina activist who places both of those identities at the center of her work. She has worked in her hometown of Tucson on issues like immigration, health care and supporting Israel, and used to coordinate the local Jewish Community Relations Council.

The state representative position is part-time, so Hernandez plans to work in health care consulting on the side.