Allowing Michael Steinhardt’s bad behavior is not our biggest mistake. Obsessing over Jewish continuity and megadonors is.

(JTA) — The high-profile allegations of sexual harassment against Michael Steinhardt are an opportunity for us to deconstruct how money, power and sexism have warped the nonprofit world in the shape of its largest donors.

Take, for example, the case of Sheila Katz, a vice president at Hillel International who spent four years trying to hold Steinhardt accountable for sexually harassing her. Though Hillel investigated her allegations, she says some individuals wrote off her experience as just “part of the job.” Steinhardt and his defenders waved away allegations of sexual harassment as mere jokes and banter.

Katz’s story shows that even when the institutional response is a good one, an investigation alone is a hopelessly inadequate weapon against the sexist example set by a megadonor – and tacitly condoned by everyone who hoped to remain in his good graces.

As Katz argued in her recent op-ed for the Jewish Telegraphic Agency, the Jewish nonprofit world — its leaders and governing principles — has failed victims of sexual harassment and abuse.

Of course, we must hold predators accountable for their actions. But to truly address the root causes of their behavior, we must confront the complicity of Jewish institutions and leaders in enabling and protecting abusers.

To put it bluntly, addressing sexual abuse and harassment within our institutions will mean confronting sexist attitudes at every level of Jewish life, including in our ideas about a Jewish “continuity crisis.”

We will also have to ask how we allowed ourselves to become dependent on a dysfunctional philanthropic dynamic that makes leaders uninterested, unwilling or incapable of defending female colleagues and employees against wealthy predators.

Two gigantic shifts have taken place in the Jewish nonprofit world over the past three decades. The 1990 National Jewish Population Survey announced a 52 percent rate of intermarriage. This statistic was interpreted by many Jewish leaders, and donors, as a call to action both to fight intermarriage and reverse demographic decline. 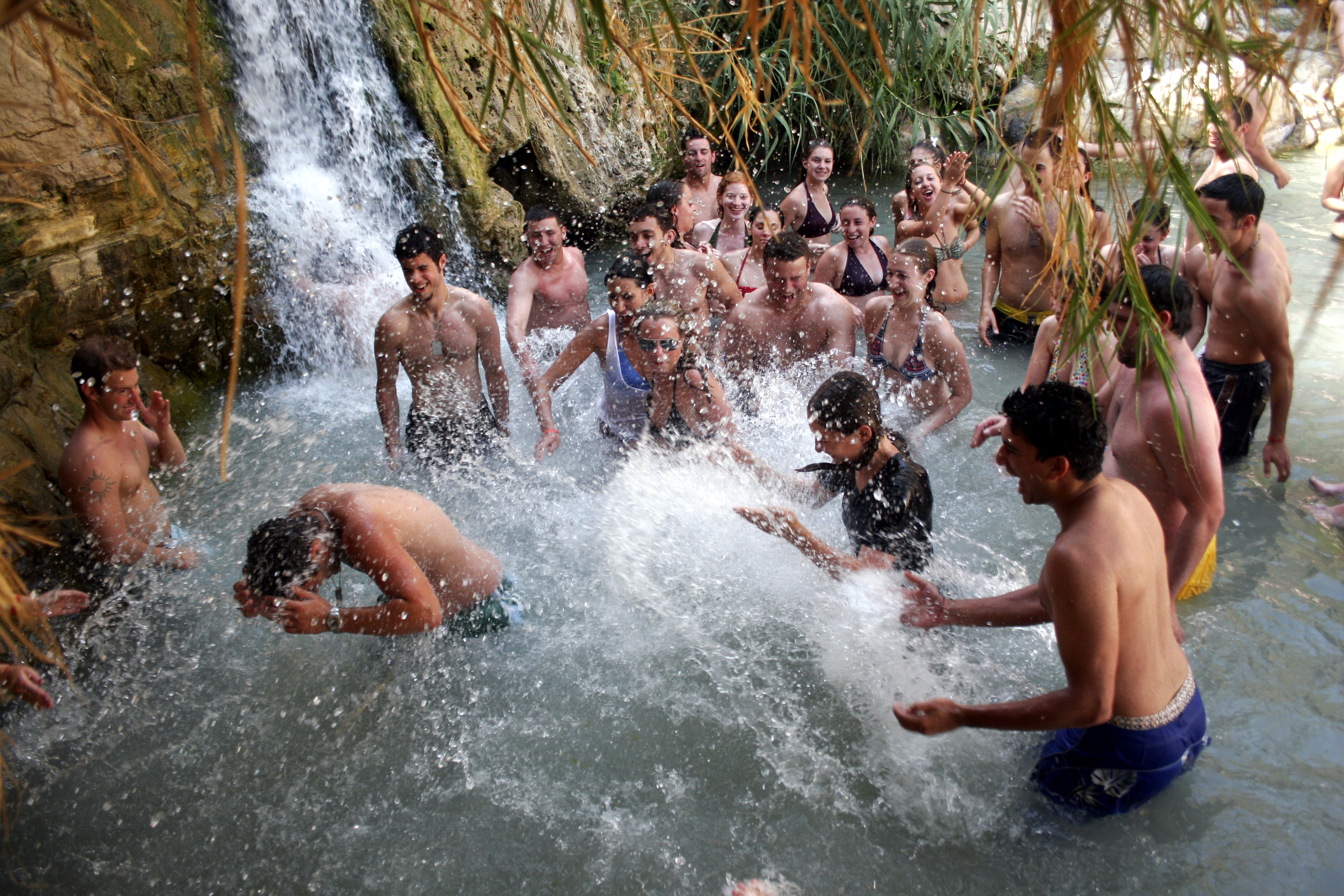 Until he was brought down by revelations of decades of sexual harassment, sociologist Steven M. Cohen made a career linking intermarriage with a coming demographic doomsday for non-Orthodox Jews and propounding the danger both posed to “continuity.” According to Cohen, intermarried Jews were less likely to have children who identified as Jewish, and non-Orthodox Jews overall were not reproducing at above replacement rates. This spelled nothing less than the disappearance of non-Orthodox Jewry.

Making Jewish spaces more welcoming to the intermarried, Cohen argued, was ineffective at producing Jewishly identified children. Thus, in-marriage had to be encouraged as strongly as possible to avert demographic doom.

Jewish life comprises so many elements: linguistic, cultural, religious and more. Instead of taking the full expression of Jewish life into account, Cohen’s analysis focused simply on biological continuity and avoided the substantive questions inherent in any discussion of the how of the Jewish future.

This very narrow framing of biological continuity concerned itself with “encouraging” marriage and babies – and paid almost no attention to the structural and economic factors affecting the choices made by potential parents. The data and analysis behind the “continuity crisis” was often made possible by Steinhardt Foundation financing, creating a self-reinforcing thought system that reflected the concerns of the men driving it, not the people whose lives were under scrutiny.

Thus defined, the continuity challenge was taken up by an array of organizations and funders, most notably with the creation of Birthright Israel in 1999, co-founded by Steinhardt with an $8 million gift. The Birthright mission was to “ensure the future of the Jewish people by strengthening Jewish identity, Jewish communities and connection with Israel …”

That might have been what was written on promotional materials, but the unofficial mission of Birthright was clearly articulated by Steinhardt: To get young Jews next to each other and make Jewish babies.

When Steinhardt stepped down as Birthright Israel Foundation chairman in 2014, he was feted with a Birthright Israel Mega Event at Hebrew University. A short film was shown in which, as one observer dryly observed, Steinhardt was portrayed as “a tad obsessed with getting Jews to marry Jews and have babies.”

It’s important to note the tension between the official program literature and the unofficial messaging coming from its co-founder. Bringing young people closer to Israel was fine for websites and brochures but, wink wink, we all know why we’re really here.

Given the unofficial wink-wink mission of Birthright, it’s not surprising that recent investigations into the Birthright trips describe a toxic hookup culture, one that’s “a combination of sexual pressure with gendered double standards and skewed power dynamics – in this case, soldiers, staff, and groups of male participants who have social power over female participants.”

Any trip involving teens shoved together on a tour bus and away from home is going to be vulnerable to bad behavior. But when that behavior is wink winked all the way from the top, it’s almost inevitable.

At a swanky Birthright celebration, the unofficial Birthright mission can be jokingly acknowledged as the result of a passionate, paternal figure who only wants what’s best. But what might seem innocent among friends takes on a different character when wielded one on one, between a man with enormous power and a woman who has come, in the course of business, to ask him for his cooperation.

The move toward a biologically focused continuity agenda coincided with a second shift in Jewish institutional life, with philanthropy moving away from federation-mediated giving and toward direct giving by unaccountable (mostly male) megadonors.  As Professor Lila Corwin-Berman describes it, in the 1980s and 1990s, smaller donors were being rapidly replaced by the rise of these megadonors. At the same time, Jewish philanthropy switched from a social welfare agenda to an “identity” agenda in response to an anxiety about the decline of Jewish engagement and the rise of interfaith marriage. The result was a retrograde communal agenda animated by an obsession with biological continuity, in which entitlement to female bodies, and their reproductive capacity, manifested as both institutional policy and interpersonal hostility.

Some women who came to Steinhardt in the course of their jobs were subjected to invasive questions about their sex life. They became the unwilling targets of Steinhardt’s wink wink continuity mission.

One of Steinhardt’s accusers, Rabbi Rachel Sabath Beit-Halachmi, was allegedly told by him that she should “put her vagina and womb to work” and that she could be a “pilegesh,” a biblical Hebrew term for concubine. According to Sheila Katz, Steinhardt allegedly asked Katz if she would have sex with the King of Israel, a title he used to refer to himself.

Powerful Jewish imagery was weaponized by Steinhardt to remind women of their place within the patriarchy, even in a seemingly egalitarian, modern-day corporate office. Furthermore, the ability of these women to do their jobs was effectively linked to their willingness to take part in a communal discourse that made their fertility, and hence their bodies, a legitimate subject of conversation. They were victims of an ideology that Steinhardt both funded and wielded as his own personal cudgel. Then they were victims again when their concerns were dismissed by institutions where verbal harassment was treated as not a big deal and female employees were expected to just suck it up and move on, lest they jeopardize future donations.

Steinhardt was operating within a quasi-scientific discourse, partly of his own making, in which the fertility of Jewish women was decoupled from their humanity and turned into a PowerPoint slide. What the allegations against Steinhardt show is that when women are dehumanized in the abstract, they will inevitably be demeaned in person. The culture of direct giving by megadonors has only made it easier for would-be predators by removing potential checks on donor abuse.

Any culture in which power operates without accountability is a culture ripe for abuse. In the case of Steinhardt, patterns of verbal harassment and humiliation meshed seamlessly with the “neutral” jargon of demographic policy and crisis. As these latest revelations prove, it’s no longer possible to pretend the two can be separated.