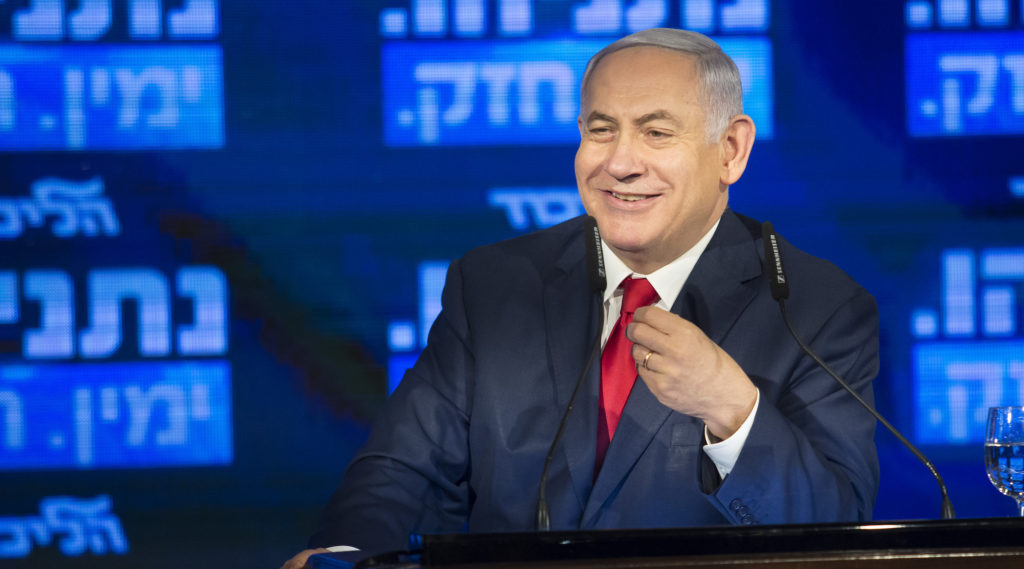 (JTA) — One week after winning election to a fifth term as Israel’s head of state, Prime Minister Benjamin Netanyahu was named to Time magazine’s list of the 100 most influential people.

“Israel grows more prosperous. It grows more powerful,” Time columnist David French wrote for his entry for Netanyahu in the Leaders category. “And as the election shows, sufficient numbers of Israelis believe not just that Netanyahu is partly responsible for that success but that he’s the nation’s indispensable man.”

Hyman is a mentor dedicated to advocating for women, designer Diane Von Furstenberg wrote in her entry in the Titans category.

In his tribute to Zuckerberg, also in the Titans category, Facebook founding president Sean Parker wrote: “Mark may have changed the world more than any living person, so it’s surprising how little success has changed him.” He added that Zuckerberg will have to make “hard choices” in order to keep the social media platform’s openness while staying clear of privacy abuses.

“My hope is that he remains true to the ideals upon which the company was founded — choosing to promote universal values like decency over sensationalism, intimacy over social status, and human dignity over tribalism — or in Zuckspeak, simply: ‘goodness,’” he wrote.

Indivisible, founded by Greenberg and Levin, who are married, is “a powerful network of folks ready to fight for justice and inclusion in health care, at our borders and in the Supreme Court,” Massachusetts Rep. Ayanna Pressley wrote. The organization draws on the local grassroots tactics of the conservative Tea Party movement to advocate against President Donald Trump and his policies.

“I see myself as being part of a tradition of Jews organizing for social justice, and recognizing that our own status of a minority group that has been persecuted calls on us to support others who are under attack,” Greenberg, a Reform Jew, told the Jewish Telegraphic Agency in 2017.

Israeli actress Gal Gadot wrote the entry about Dwayne Johnson, who was honored in the Artists category.

“If you have had the pleasure to work with him, as I have on the ‘Fast and Furious’ films, you know that he is full of heart and creates an environment on set filled with warmth and positivity,” she wrote.