Alice Walker stands by her endorsement of anti-Semitic book, says her critics are trying to silence her support for Palestinians 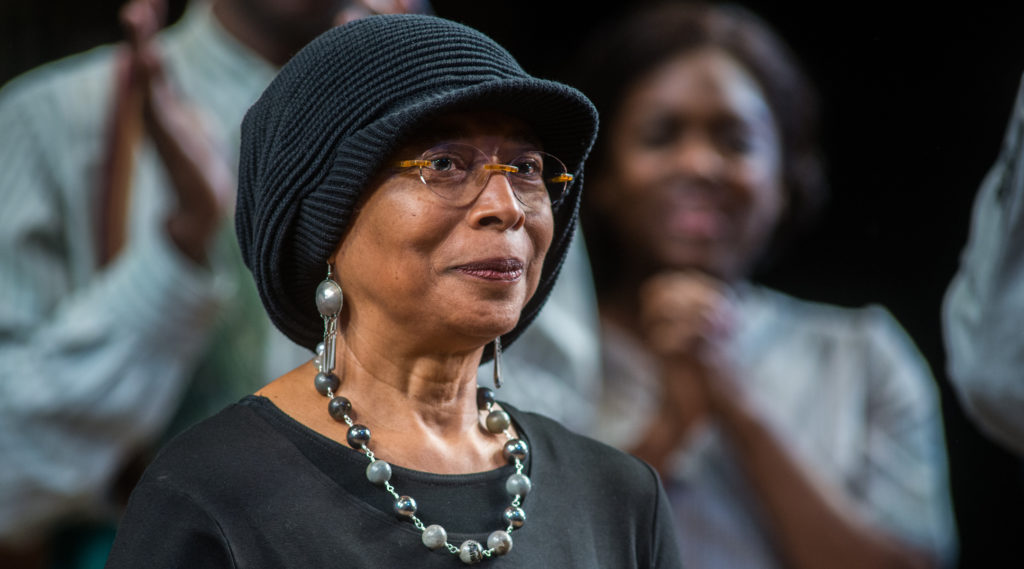 (JTA) — Novelist Alice Walker said criticism of her endorsement of an anti-Semitic book is meant to silence her advocacy for Palestinians.

The author of “The Color Purple”  responded on her website Thursday to a controversy aroused by a feature in The New York Times Book Review Sunday, in which she endorsed the book “And the Truth Shall Set You Free” by the British conspiracist David Icke.

Critics of Walker, and The Times, noted that Icke’s book places Jews and Jewish organizations at the center of a global conspiracy to control the world.

“I do not believe he is anti-Semitic or anti-Jewish,” Walker writes in response. “I do believe he is brave enough to ask the questions others fear to ask, and to speak his own understanding of the truth wherever it might lead. Many attempts have been made to censor and silence him.”

Walker also noted that she is a supporter of BDS, the boycott, divestment and sanctions movement targeting Israel.

“I believe the attempt to smear David Icke, and by association, me, is really an effort to dampen the effect of our speaking out in support of the people of Palestine,” she writes.

Walker also defended her habit of reading, or trying to read, books that are “extremely problematic,” a list she said includes the Koran, the Talmud, the Bible and Adolf Hitler’s manifesto “Mein Kampf.”

“I read everything. I even tried once to read Mein Kampf but found it too steeped in German history to make sense. It also seemed pedantic and boring,” she writes. “But after hearing so much about it, I wanted to know what it said for myself.”

In addition to its explication of German history, “Mein Kampf” lays out Hitler’s thesis that the Jews are the “enemy race” of the German people.

Walker has previously recommended Icke’s book to her fans, and in The New York Times Book Review, in a recurring feature called “By the Book,” she noted that his book was among several on her nightstand. She called his book, which includes dense theorizing about the Jewish and extraterrestrial forces that control the world, a “curious person’s dream come true.”

On Tuesday, the editor of the Book Review, Pamela Paul, defended the section’s decision to present Walker’s recommendation without explanation or qualification. “The intention for By the Book is to be a portrait of someone through his or her reading life,” she told a Times interviewer. “What people choose to read or not read and what books they find to be influential or meaningful say a lot about who they are.”

When asked if she had considered asking Walker about Icke’s book, Paul said no.

“When we interview anyone, whether it’s a public official or a foreign leader or an artist, The Times isn’t saying that we approve of the person’s views and actions,” she said. “We’re saying we think the subject is worthy of interviewing.”