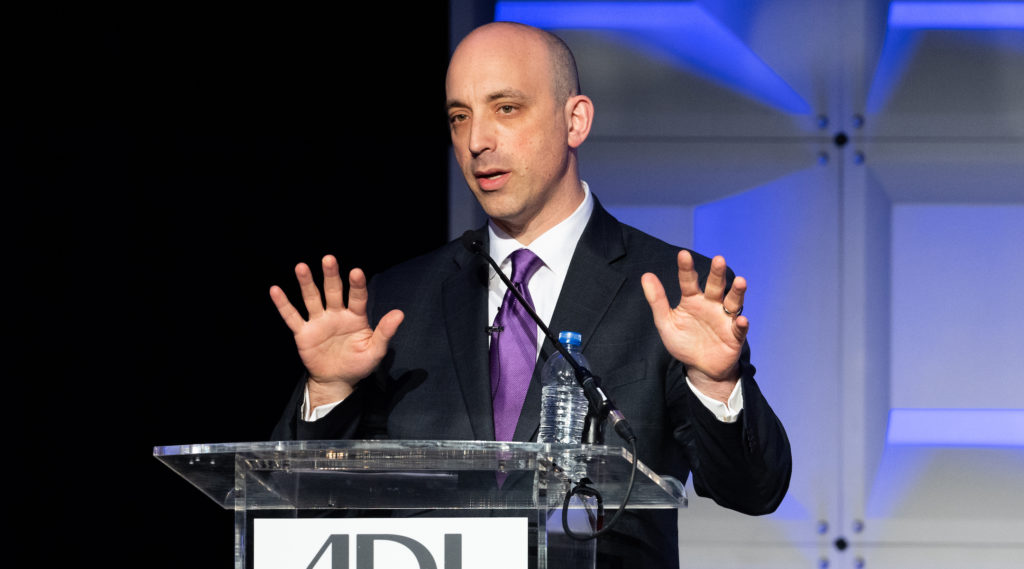 (JTA) — The head of the Anti-Defamation League said Saturday’s synagogue shooting should serve as a “wake-up call” for politicians and business executives to more seriously address anti-Semitism.

Jonathan Greenblatt, the CEO and national director of the ADL, spoke with reporters on a call from Poway, California, where a gunman entered the Chabad of Poway synagogue Saturday and killed one person, injuring three. Lori Gilbert-Kaye, 60, was killed while shielding the rabbi from bullets. The rabbi, an eight-year-old girl and another adult were wounded.

The shooting took place exactly six months after the Pittsburgh synagogue shooting, apparently by design, Greenblatt said. He told reporters on a conference call Sunday that President Donald Trump, other politicians and tech executives need to be more proactive in fighting anti-Semitism on social media and in public discourse.

“They need to stand united against hate and address it not only after it happens but by enforcing norms before there is a crisis and by elevating our shared values long before we have to deal with a tragedy,” he said. “And we desperately need our leaders to stop politicizing the issue. Those who dismiss anti-Semitism when it comes from their side of the aisle are only minimizing the issue and perpetuating the problem.”