After Patrick Leahy’s retirement, Dianne Feinstein could become the first Jew to be 3rd in line for the presidency 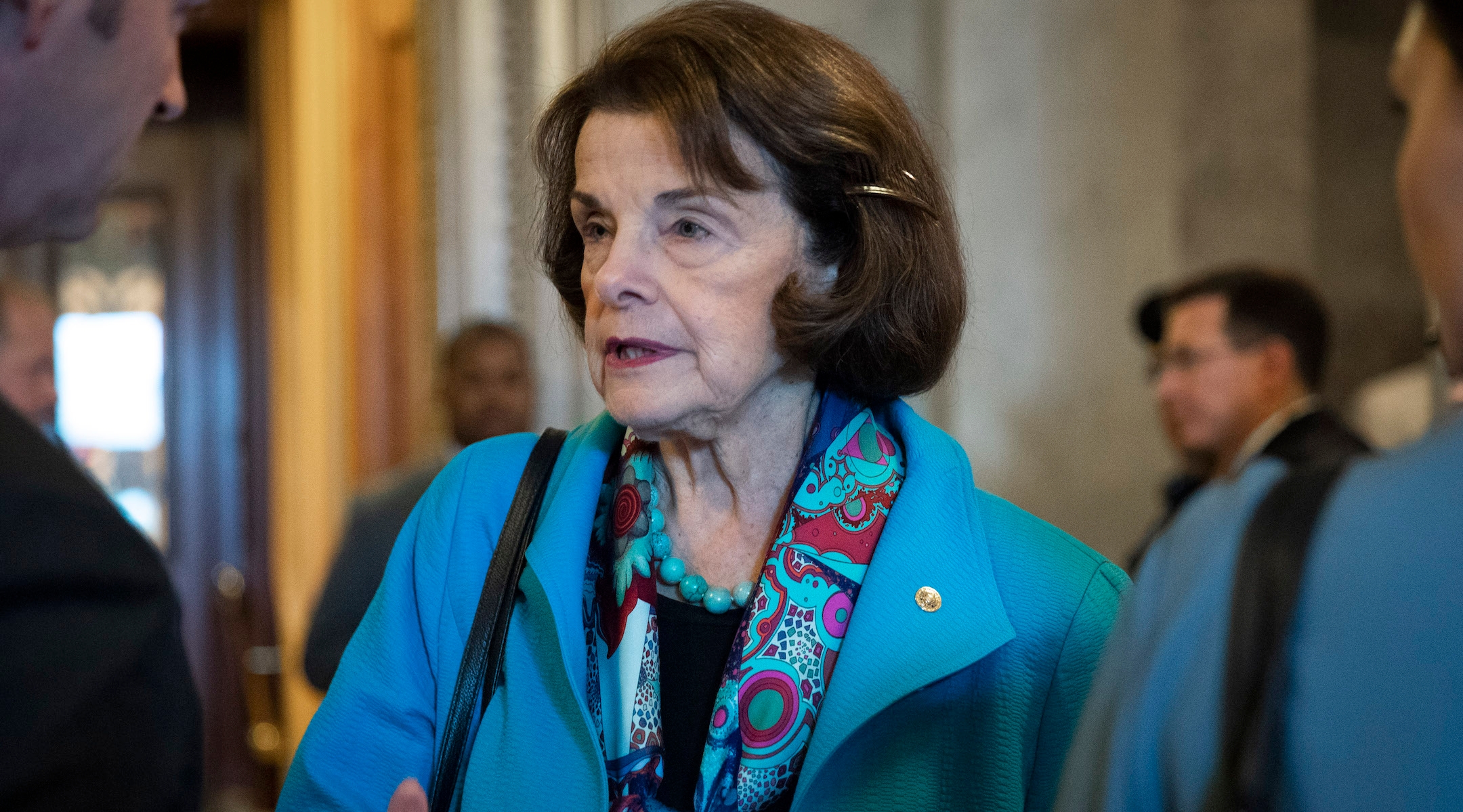 WASHINGTON (JTA) — Patrick Leahy, the Vermont Democrat who is the longest-serving member of his party in the U.S. Senate, announced on Monday that he will not run for reelection next year, setting the stage for Dianne Feinstein of California to be the first woman and first Jew to be the Senate’s president pro tempore, the third in line to the U.S. presidency.

Since the mid-20th century, both parties have named their longest-serving senator to the job. Leahy has served in the chamber since 1975 and Feinstein has since 1992.

There is no guarantee that Feinstein, who was elected to serve until January 2025, will get the job. Republicans hope to regain the evenly divided Senate in next year’s midterm elections. Additionally, Feinstein, who is 88, is believed to be in ill health, and Democrats are not under any obligation to maintain the relatively recent tradition of nominating the longest-serving member of their caucus.

Feinstein stepped down last year from the chairmanship of the powerful Judiciary Committee and did not seek a leadership position on any other committee.

Should Feinstein assume the job, and should Democrats keep the U.S. House of Representatives in the midterms, there would be three California women lined up to succeed President Joe Biden should he leave office before the next election: In order, Vice President Kamala Harris, House Speaker Nancy Pelosi and Feinstein.