NEW YORK (JTA) — At a conference here on Jewish life in Africa, Magda Haroun spoke of being only one of a handful of Jews left in Egypt, a country that was once home to a Jewish community of 80,000.

Abere Endeshaw Kerehu shared the struggles faced by the approximately 8,000 Jews still living in Ethiopia who face anti-Semitism at home but have not yet been allowed to immigrate to Israel.

But others offered a more optimistic picture. Rabbi Levi Banon said Casablanca, Morocco is home to “a small but very vibrant” Jewish community that operates 22 active synagogues, while Remy Ilona urged acceptance of a growing community of Nigerian Igbo people who he says are practicing rabbinic Judaism.

The conference, hosted by the American Sephardi Federation and the Morocco-based Association Mimouna from Sunday through Tuesday, is noteworthy not only because of the range of perspectives it offered but also because it included speakers from emerging Jewish communities in Africa, such as Ilona’s group, alongside those from established communities in countries like Egypt and Morocco.

Though there is an increasing number of people seeking to practice Judaism in sub-Saharan Africa, they have largely been ignored by the mainstream Jewish community and Israel. Organizers say this is the first conference to focus on Jewish Africa that is not exclusively for academics.

Marla Brettschneider, a professor at the University of New Hampshire who researches Jewish communities in Africa, said it was significant that the conference was being hosted by the American Sephardi Federation, a mainstream Jewish group.

“It’s potentially huge,” she told JTA on Monday. “Most of the work that I know of in the area is super marginalized, and I’m one of the few people in that field as an academic who has a relationship to the rest of organizational and mainstream Jewry. The divide is a big gulf, so it’s really interesting to me to see that [there’s] work generated from organizations that have infrastructure, that are long term organizations, trying to bridge the gap.”

Some 250 people attended the conference, including ambassadors and representatives from Morocco, South Sudan, Ethiopia, Egypt, Israel, Egypt and Nicaragua. Malcolm Hoenlein, the executive vice chairman of the Conference of Presidents of Major American Jewish Organizations and Adama Dieng, the United Nations Secretary-General’s Special Adviser for the Prevention of Genocide, delivered opening and closing remarks, respectively.

Bonita Nathan Sussman, vice president of the Jewish outreach group Kulanu, said the conference was a sign the larger Jewish community is paying attention to Africa.

“What this conference is doing is that mainstream Judaism is beginning to notice them,” Sussman said. “This is a huge accomplishment and a huge gift to be seen and spoken about in the same breath as they do North African Jews because for the most part North African Judaism really had very little to do with newly emerging communities. “

The New York-based group, which organized a film festival that was part of the conference, has facilitated community conversions in countries such as Madagascar and Cote d’Ivoire.

Critics of such work in Africa say that groups should not be converted en masse when there is no local Jewish community or infrastructure to support them. Many of the people Kulanu work with believe they have Jewish roots, claims that have not been corroborated. 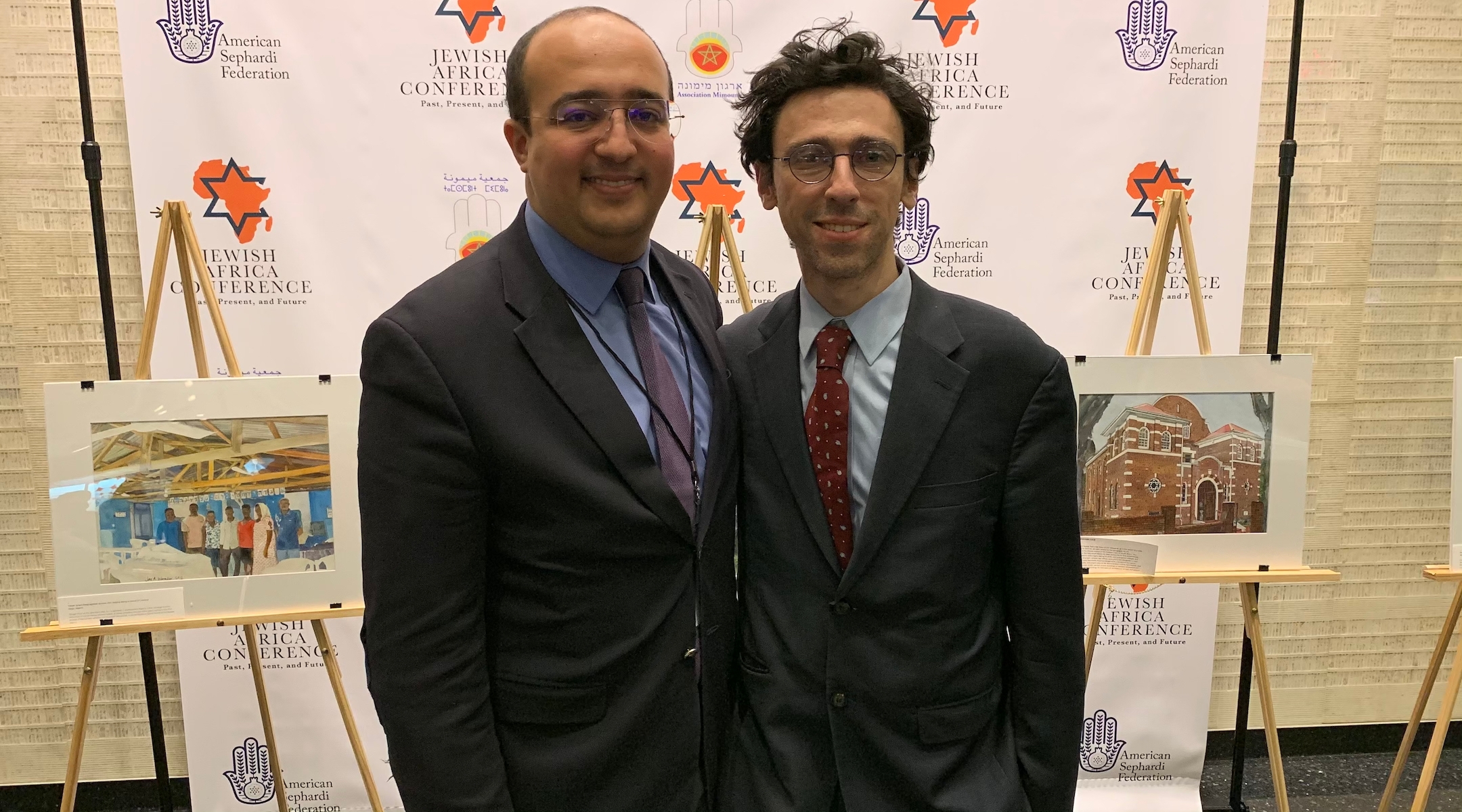 Jason Guberman, the executive director of the American Sephardi Federation, said the event grew out of his work with Association Mimouna, an organization founded by Moroccan Muslims to educate about Jewish history in their country as well as an increased interest in Africa in the Jewish community.

Guberman sees his community as a connector between the mainstream groups and African Jews. The traditional Sephardic diaspora includes Jews who trace their lineage to Spain and Portugal, as well as the Mediterranean basin, the Balkans, the Middle East, Africa and Asia.

“It’s the natural role of the Sephardic community, that has the experiences in these countries,” he said.

That includes some of the emergent groups on the continent.

El Mehdi Boudra, the president and founder of Association Mimouna, sees the conference as a way to think ahead.

“This is the goal of this conference, to bring an emerging circle of leaders to promote and think about the future of African Judaism,” he said.

Boudra flew in from Rabat to attend but next year he won’t have to travel as far. Boudra and Guberman are already planning a second conference, which they say will take place next year in Africa, most likely in Morocco.

The event not only strengthens ties between the mainstream Jewish community and Jews in Africa, but also between white and black Jews, said Rabbi Capers Funnye, chief rabbi of the International Israelite Board of Rabbis, an Africa American Hebrew Israelite body.

“It means a great deal to the African American Jewish community [and] the Jewish community of West Africa, because we’ve been a long time in saying we’re here,” said Funnye, who leads the Chicago-based Beth Shalom B’nai Zaken Ethiopian Hebrew Congregation.

Although the Hebrew Israelite movement is usually considered outside the mainstream by Judaism’s main denominations, Funnye has undergone a conversion by Conservative rabbis and is eager to build bridges with the mainstream Jewish community. He said that he was planning to reach out to both Ashkenazi and Sephardi Jewish communities following the conference.