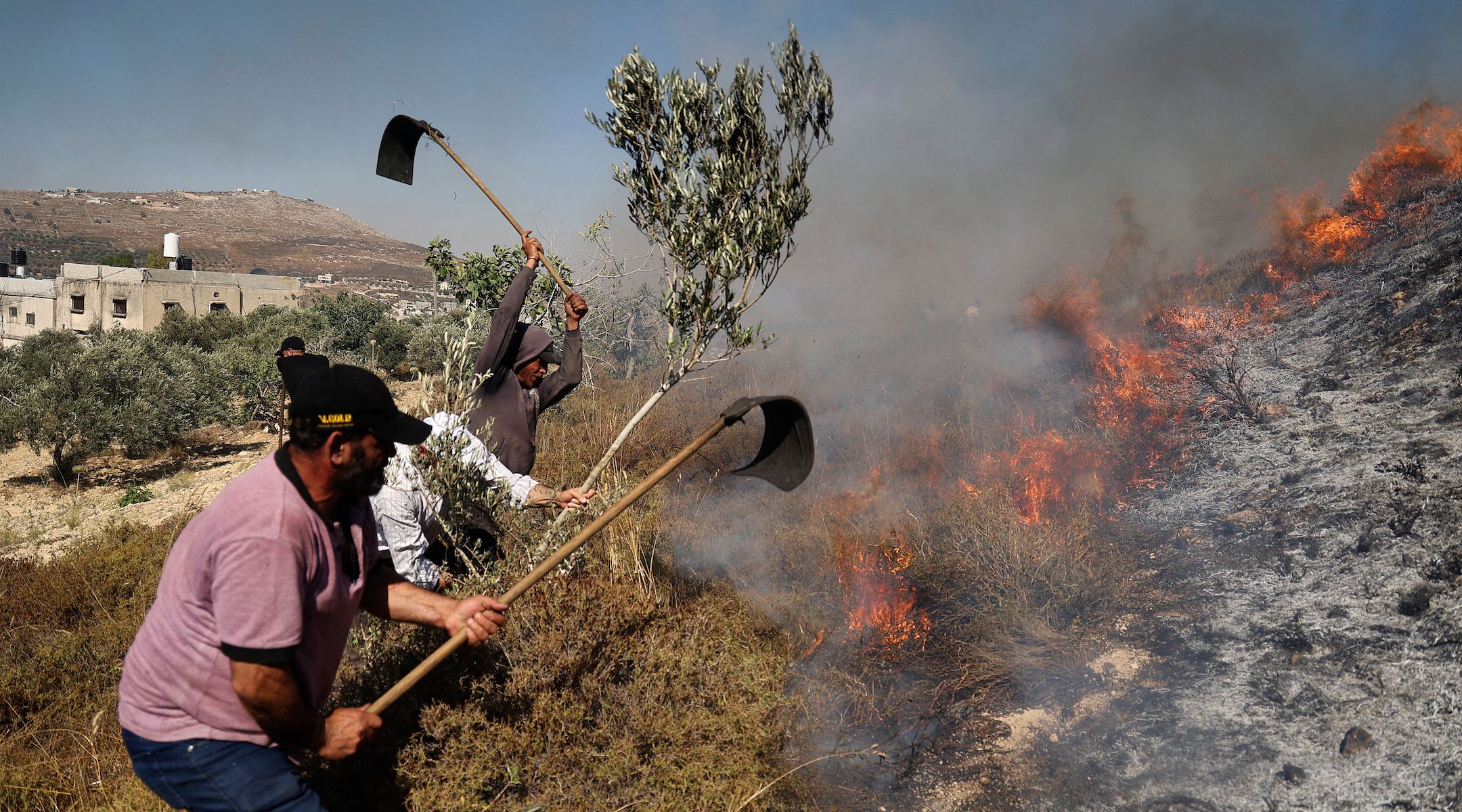 “We urge the entire Israeli government to unite in strong condemnation against these acts, to work decisively to hold those responsible accountable, and to confront the growing threats posed by these extremists with the determination and seriousness that this grave situation requires,” they wrote.

The letter was signed by the Anti-Defamation League, the Central Conference of American Rabbis, the Israel Policy Forum, the National Council of Jewish Women, the Rabbinical Assembly, the Union for Reform Judaism, and the United Synagogue of Conservative Judaism. It was addressed to Israeli Prime Minister Naftali Bennett as well as Foreign Minister Yair Lapid and Defense Minister Benny Gantz.

The letter, which does not use the word “settler,” noted the damage done by such incidents to Israel’s “ image and relations with the United States government, American people, and American Jewry” as well as to Israel’s status as a democracy.

Violent acts by Israeli settlers against Palestinians in the West Bank have become increasingly common over the past year.

Earlier this month, settlers from a West Bank outpost that is not recognized by Israel’s government attacked a group of human rights activists who were assisting Palestinian farmers in Burin, a village south of Nablus, in planting trees. The letter specifically cited the incident in Burin as “particularly egregious” but noted it is not an isolated incident.

Violent attacks perpetrated by settlers agains Palestinians in the West Bank in 2021 exceeding the previous year’s attacks by nearly 50%, according to a report by The Times of Israel. The Biden administration has signaled that it is monitoring the phenomenon and last month the U.S. State Department’s annual terrorism report included extensive reporting on settler violence.