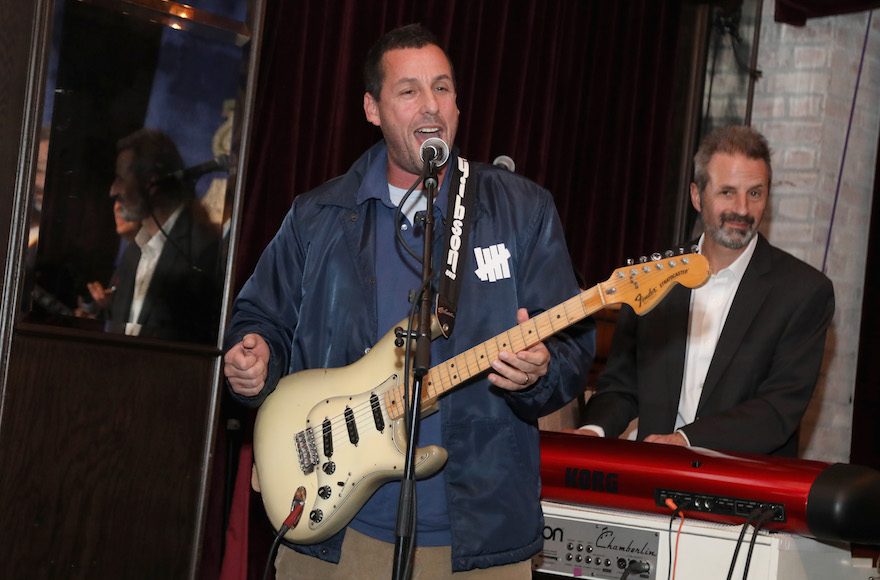 (JTA) — The title of Adam Sandler’s new Netflix stand-up special, “100% Fresh,” is, among other possible things, a reference to how harshly critics have panned several of his recent movies.

The popular site Rotten Tomatoes, which aggregates critic reviews, ranks films from zero to 100% “fresh.” Sandler films routinely earn terrible scores, like a “23% Fresh” for his latest, “The Week Of.”

Somehow, though, the Jewish comedian’s Netflix special, which debuted this week, is getting decent reviews. Several critics are calling it his funniest creation in years. The Washington Post asked: “Wait, did Adam Sandler just make something good?” (Ironically, Rotten Tomatoes gives it an 80 percent score, which is pretty good as far as the site goes.)

All of that comes as a shock to this viewer, who found “100% Fresh” to be 100 percent asinine. There were funny moments scattered throughout the 1 hour, 15-minute set, but it consisted mostly of songs that sound like they were written by a foul-mouthed fourth-grader.

The clear highlight, however, was the show’s most Jewish moment: a new song called “Bar Mitzvah Boy.”

Sandler obviously invested more time into this tune than he did the others. At times the fast-paced verses sound a bit like a Jewish version of Billy Joel’s “We Didn’t Start the Fire.”

The song’s protagonist is a typical curly-haired Jewish teen who is awkward and feels overwhelmed by his Torah portion. At one point he feels like blurting out “baruch atah a cha cha cha.”

Sandler has had the coming-of-age ceremony on his mind for a while — he recently recited a Torah blessing on Howard Stern’s show. His daughter Sadie is now 12, so that makes sense.

Overall, “Bar Mitzvah Boy” isn’t quite as good as “The Hanukkah Song,” which deserves its pop culture pedestal, but it’s a fun addition to Sandler’s Jewish canon.