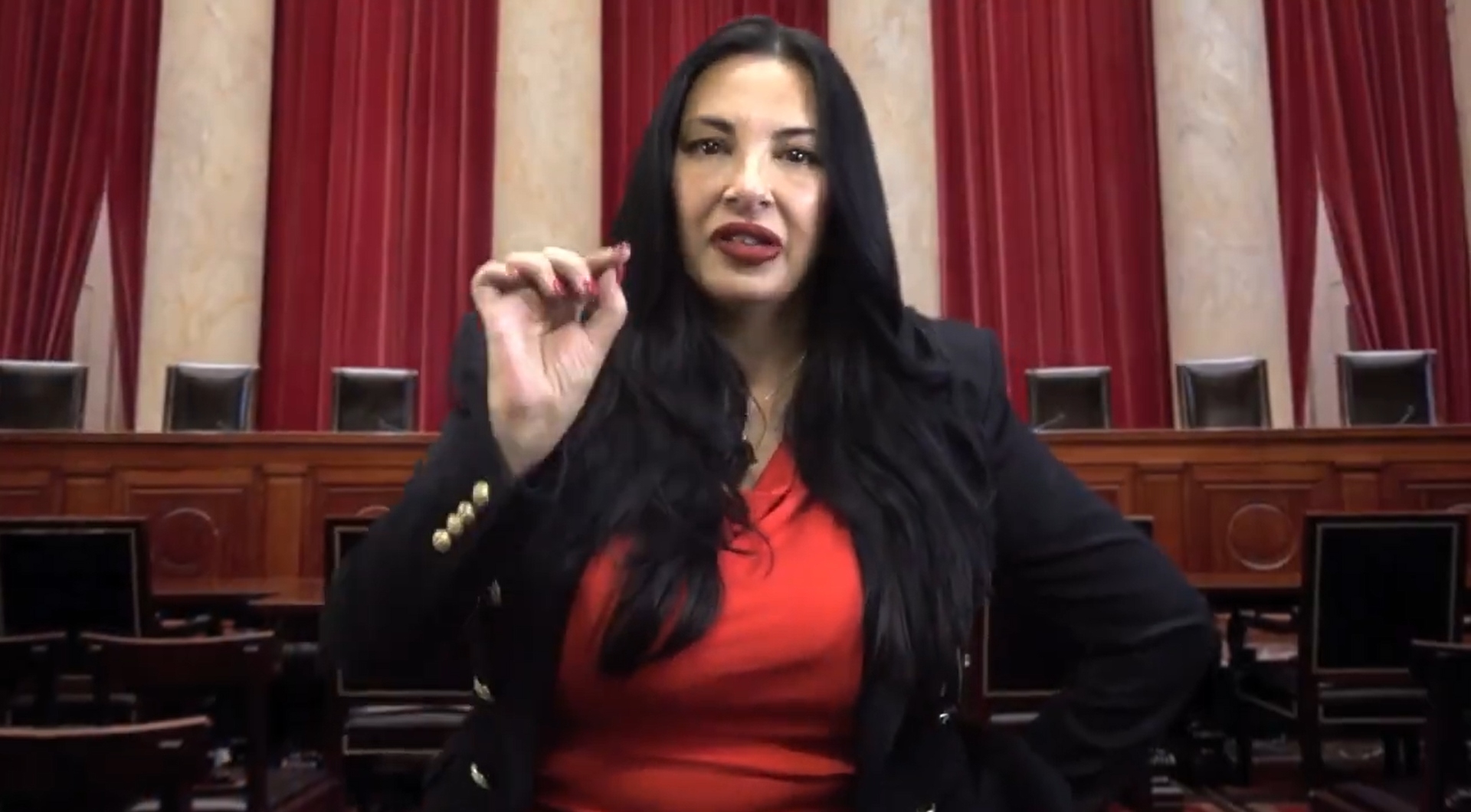 WASHINGTON (JTA) — Sigal Chattah reached across the breakfast table for my phone.

“Let me show you some Israeli ingenuity,” she said.

She pulled out a card-shaped device. Within seconds mine was playing back an ad for her campaign to be Nevada’s attorney general.

“I’m Sigal Chattah, an Israeli-born lawyer running to be America’s number one conservative attorney general,” she says in the ad.

I figured out later she was using a smart card, called OneTapConnect. But as a tech-ignorant Boomer, I’m easily impressed. Chattah grinned. “Israeli ingenuity!” she said again.

I didn’t immediately get it. “The device is Israeli?”

No, the device is American, she said. “But I call it Israeli ingenuity.”

What’s Israeli in this exchange is not the device but Chattah’s brand: A tech-savvy immigrant from Start-Up Nation, ready to fight for the rights of “all Nevadans,” as her website puts it.

Chattah is well-known in Nevada for her prominence as a lawyer in a range of actions against the state’s anti-COVID restrictions. Most notably, in the 9th Circuit, the most liberal federal court of appeals, she helped overturn the state’s ban on gatherings over 50 in houses of worship.

She is running virtually unopposed for the GOP nomination to unseat the incumbent Democratic attorney general, Aaron Ford. Nevada, which President Biden won narrowly in the 2020 election, has become reliably purple, and there are no polls on the attorney general race.

She is among an emerging class of Republicans whose members do not outright reject former President Donald Trump, which would alienate his substantial following, but also do not wholly embrace him. Her campaign photo gallery includes a photo with Trump, but also with one of his nemeses, Anthony Scaramucci, Trump’s former spokesman. She will not endorse Trump’s claim that he won the election in her state.

Chattah also leans heavily into her Israeliness. She likes telling folks that she is the first Israeli American to run for a statewide office, in any state. (She’s not.) The ad, calling her “Israeli-born,” has gone viral. It doesn’t mention her big 9th Circuit win, but it targets Ilhan Omar, the Democratic U.S. representative from Minnesota who is among Israel’s fiercest critics in Congress.

It’s not just branding. An hour with Chattah in Washington’s Mayflower Hotel breakfast room is like an hour at a Tel Aviv cafe with an Israeli politician: easy transitions from policy to family and back again, peppered with unguarded revelations. This is not your standard-issue, wary-of-the-lamestream-media Republican candidate.

There are other dissonances: She came here when she was 14 and talks about shutting down borders. She’s a small-government conservative and a warrior against COVID restrictions who fiercely defends Israel but mocks its anti-virus shutdowns and does not understand why her family there is so happily government-dependent.

She’s a Mizrahi immigrant attending a conference of the Federalist Society, dedicated to preserving in amber the musings of a cohort of white Christian males.

The contradictions emerge sharply when Chattah explains how she decided to run for attorney general, citing her anti-COVID restrictions activism.

“The COVID cases are all constitutional cases,” she said. “I’m an Israeli immigrant. The whole point is to come to this country and everything is beautiful, and the Constitution is what protects us. If the Constitution doesn’t protect us, if America is no longer the land of opportunity, we might as well go back home.”

Wait: What’s unbeautiful about Israel? We had just spent half an hour discussing Israeli identity, and Chattah’s eager embrace of it.

In response, Chattah unloaded frustrations about an American Jewish community that does not embrace Israeli-American groups’ determination to combat the anti-Israel boycott. (Chattah is active in the Israeli American Council and she chairs the Israeli American Civic Action Network. She also is on the board of Or BaMidbar, an Israeli-friendly Sephardic synagogue in Las Vegas.)

She recounted with horror a conversation with a (non-Israeli) rabbi who told her his congregants were not interested in backing Israeli American initiatives because “they don’t come to our synagogues, they don’t assimilate.”

So what’s wrong with going back?

“My dad has a saying, it’s terrible but it’s true: ‘The best thing about Israel is outside of Israel,’” she said in Hebrew.

Her countrymen and -women, the ones back in Israel at least, baffle her. “The people in Israel, my friends, they see all the debate over the vaccines, they don’t understand — ‘[the government] said get vaccinated, we all got vaccinated,’ they say,” Chattah shrugged. “They are conditioned like that. They’re also conditioned to pay 40% income tax.”

Her Israeli American compatriots here baffle her too, to a degree. Chattah confesses to having immediately plunged into an American identity when she arrived at 14, with her parents who were seeking increased economic opportunity. The family had landed first in New York, but found everyday life there too difficult, so they went back to Israel, before returning to the States in Las Vegas.

Now she despairs a little of the inability of other Israeli Americans to organize. And she is furious with Israeli Americans in Arizona for lashing out at State Rep. Alma Hernandez for compromising on a Holocaust education bill this year, removing the International Holocaust Remembrance Alliance definition of antisemitism from the bill. A number of Hernandez’s fellow Democrats saw the IHRA definition as too broad. (Most controversially, the IHRA definition includes some forms of anti-Israel expression.)

“Israelis, they go head to the wall, they don’t understand, you can’t explain it to them,” Chattah said. How Israeli Americans treated Hernandez, one of the most outspoken pro-Israel Democrats on a state level, “was horrendous,” Chattah said.

Chattah is all about alliances: She brought the Police Protective Association on board for an anti-Israel boycott initiative. Seeking to establish a museum on Holocaust and genocide, she allied with Armenian Americans. She also helped lead lobbying for passage this year of Nevada’s own state bill mandating Holocaust education.

When she talks about her family, the Israeli comes through — the single mom appalled at the choices her daughter was making in Las Vegas. She ended up sending her daughter to Pennsylvania to attend Jewish day school.

“She was getting mixed up with the wrong crowd,” Chattah said. “The problem in Vegas is, because it’s small, it’s so easy to be corrupted.”

Israelis are a relatively recent migration, and like other recent arrivals, the pull between their old and new countries comes through in different ways. I tell Chattah about another Israeli running for statewide office, Merav Ben-David in last year’s Wyoming race, and how Ben-David told me she was obsessively tracking the anti-Netanyahu movement in Israel.

Ben-David won the Democratic nomination for U.S. Senate, but lost the election. Disabused of the claim that she was the first Israeli American to run for statewide office, Chattah exclaimed, “She ran as a Democrat?”