NEW YORK (JTA) — Leah Forster found herself thrust into the limelight this week, and she’s not so happy about it.

Though the Jewish comedian has more than 23,000 followers on Instagram and plays prominent venues across this city, it wasn’t her jokes that got her in the news this time. Instead it was the lesbian performer’s claim that twice last month, kosher eateries in Brooklyn backed out of hosting her act under pressure from rabbinical authorities.

Forster told JTA that she worries that media coverage of the incidents, initially reported in the New York Daily News, could reflect badly on the Jewish community.

“In life, I don’t want to be remembered as somebody who brings down other people and exposes faults in the community,” said Forster, who grew up in a Hasidic community in Brooklyn. “That’s just not who I am. I live my life quietly and privately.”

But the most recent turn of events prompted her to speak out.

It all started last month when Forster, 36, and other Jewish performers, including Orthodox Instagram personality Adina Miles, booked a New Year’s Eve gig at the Garden of Eat-In in Flatbush. The owners later backtracked, telling her that their kosher certification agency, Vaad Harabanim of Flatbush, threatened to take away its certification if it hosted the lesbian comic.

In a statement to JTA, the Vaad Harabanim denied the claim, saying it never threatened to revoke the restaurant’s kosher certification.

Forster quickly found another restaurant willing to step up, Orchidea in Borough Park. All went according to plan, she said, until a petition urged people to call the venue and protest the event.

Flooded with complaints and facing pressure, it claimed, from another kosher certifying agency, Orchidea also told Forster that it could not hold the event.

“I was really upset because at that point I felt like I look dumb,” she said. “I keep changing the venue and it doesn’t look professional, and I don’t even know who else is willing to take me now that it’s become a thing.”

She has filed a complaint with New York’s Commission on Human Rights.

Forster, who also runs a home health care business, says she is not sure how her sexual orientation became an issue in the first place. She rarely mentions it during her performances and never when doing a show in front of an Orthodox audience.

“I never talked about my sexuality publicly, ever,” she said. “I never spoke about gay rights or anything. I just lived my life privately and quietly.”

Forster says she previously lost a job in the community when employers found out about her sexual orientation. 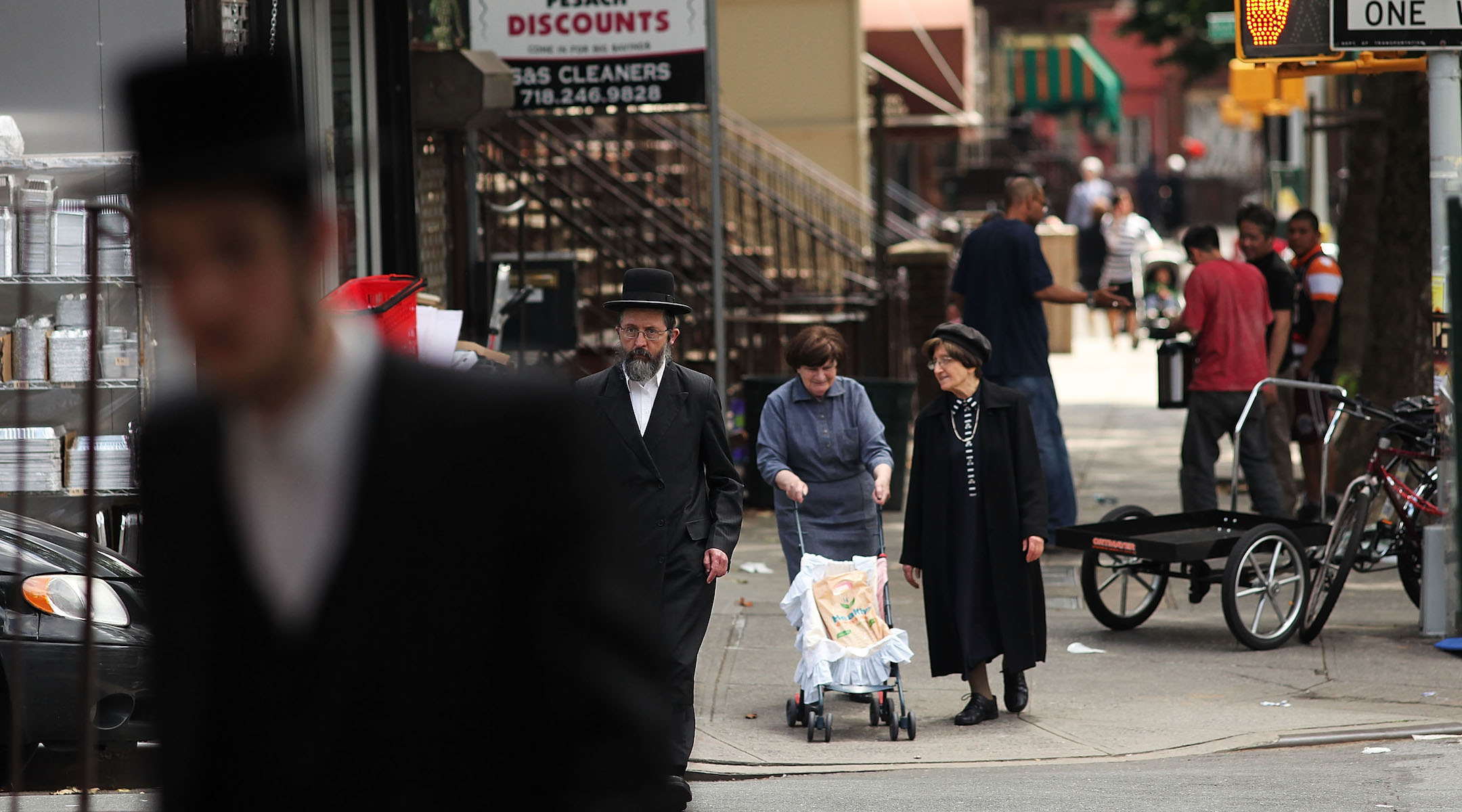 The cancellations raise questions of the role of kosher certification agencies, which straddle the line between simply certifying food or an establishment based on the sourcing, handling and supervision of its food, and enforcing religious standards that are not specifically food-related. For example, few Orthodox agencies will certify a restaurant that is open on the Sabbath or Jewish holidays, even if the food is only sourced from kosher providers. Kosher sports bars have had pushback from kosher authorities over alcohol and television.

Rabbi Hershel Billet of Long Island’s Young Israel of Woodmere, one of the largest Orthodox synagogues in the world, said he finds no issue with Forster performing if she does not mention her sexuality.

“If she’s just a comedian and she’s just telling jokes and she happens to be a lesbian, that is not an issue for me,” he said. “It is an issue for me if she chooses to speak about lesbians and gays and people of different sexual orientations to a crowd of people where it really isn’t welcome.”

“It sounds to me like near homophobia to block someone for merely being a lesbian,” he said.

Though Yanklowitz advocates for kosher certification agencies to get involved in a variety of ethical issues — such as by supporting workers’ rights and ethical slaughtering techniques — he said policing the sexuality of performers does not fall under that realm.

“If someone was coming to speak about breaking Jewish tradition or dishonoring the Torah or breaking some law, indeed it would be the responsibility, I believe, of the kosher certification agency to ensure that a kosher establishment is a safe place for religious Jews to gather as families,” Yanklowitz said. “However, there is no prohibition on being a lesbian.”

Forster insists she holds no ill will toward the restaurant owners.

“They’re victims, too, of the rabbis that are bullying them and intimidating them,” she said, “and they are basically being forced to discriminate.”

It is in the Orthodox community where Forster launched her comedy career 12 years ago. After performing at a friend’s event, she gained many fans and regularly played for large audiences around the world.

“I was the only frum female comedian,” she said, using the Yiddish term for being religiously observant.

Her jokes touch on topics familiar to an observant audience, such as social pressures in the community, family dynamics and the matchmaking process for singles. But over time, Forster started feeling like she was living a double life by not being open about her sexuality.

“It felt wrong to continue to pretend to be something that they think I am, so I walked away from it because I knew that if they would know who I am, I would be ostracized,” she said.

While she shifted her focus to secular audiences, her Orthodox fans did not forget about her. In fact, it was at the urging of religious followers that she decided to do the New Year’s Eve event.

Despite the naysayers, Forster says the show must go on. She has already secured a new Brooklyn venue for the Dec. 31 event but declines to share its location. Kosher food will be served.

“I’m too afraid that they’re going to try to riot that place, too,” she said.