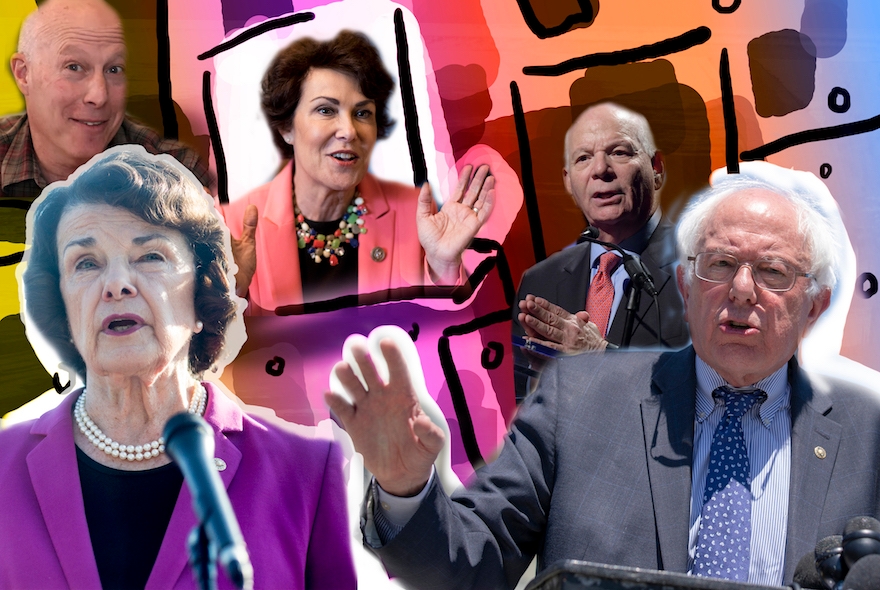 WASHINGTON (JTA) — There are 55 candidates for Congress who identify as Jewish.

The 14 Republican candidates are running for the House. There are two incumbents and 12 challengers.

Additionally, two House candidates, both Democrats, have Jewish fathers and say that shaped their outlook, but they do not identify as Jewish. At least three House hopefuls in the same party — two incumbents and one challenger — have a Jewish spouse and are raising their children as Jewish.

There are sure bets and long shots (in some cases very long shots), while some races are too tight to call. Some have come up through the statehouse, some through the national security system, some with no political experience.

They come from areas of high Jewish concentration like New York and Los Angeles, and spots such as Kentucky and Wyoming where Jews barely register on the electoral map.

JTA is breaking down the races, assessing where the candidates stand on the political spectrum, noting their Jewish involvement and reporting what the forecasters say.

We start with the Jewish Senate nominees, all Democrats: 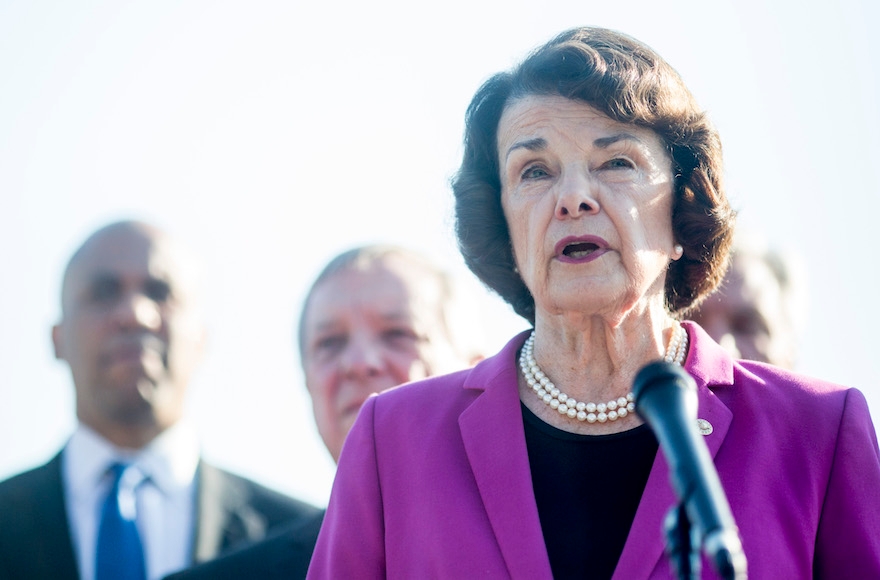 Politics: Feinstein, 85, elected in 1992, is the oldest sitting U.S. senator and the longest-serving woman in the body.

She is a leading progressive on most issues, and for decades has been outspoken on gun control and LGBTQ rights. She became San Francisco’s mayor in 1978 after her predecessor, George Moscone, and City Supervisor Harvey Milk, a Jewish gay rights activist, were shot to death. Feinstein, the president of the city’s Board of Supervisors, discovered their bodies.

As the senior Democrat on the Judiciary Committee, Feinstein took the lead in picking through the record of Brett Kavanaugh, who barely won Senate confirmation following allegations of sexual assault from decades ago.

As the chairwoman of the Senate Intelligence Committee from 2009 to 2015, Feinstein angered progressives by siding with intelligence agencies when they drew fire for their methods.

Jewish quotient: Feinstein had a Jewish father and Christian mother and was brought up in both faiths. At 20, she chose Judaism, she said, because of its directness. Over the years she has become more critical of Israel, taking the lead recently in urging its government not to demolish Palestinian residences in the West Bank as punishment. Feinstein has been endorsed by the political action committee affiliated with J Street, the liberal Jewish Middle East policy group, as well as JACPAC, the Chicago-based Jewish PAC that backs liberal domestic policies.

Election prospects: California’s system grants the two spots on the November ballot to the two top vote-getters in the primary, regardless of party. That leaves Feinstein facing off against Kevin de León, a Democratic state senator who has the endorsement of the state party. Feinstein is expected to win, although recent polls show de León narrowing the divide to single digits. 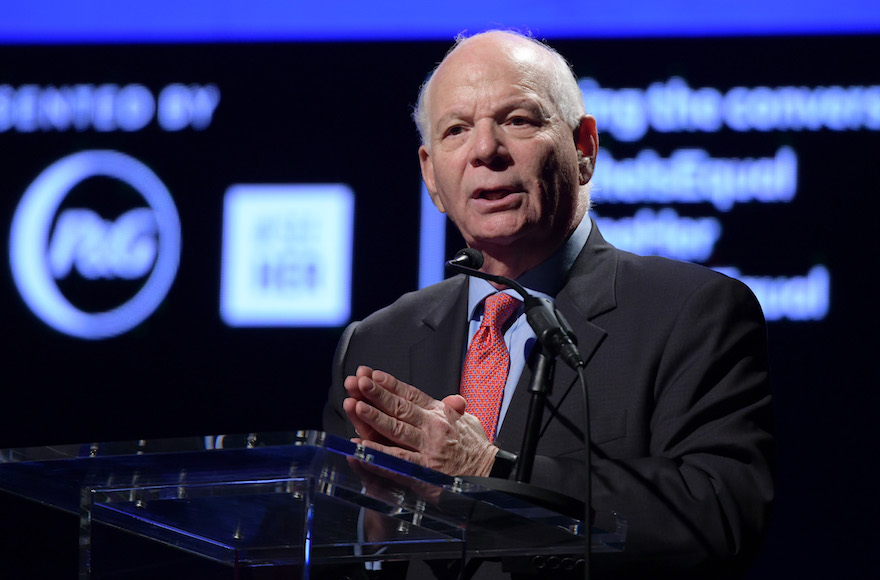 Politics: Cardin, 74, was elected to the Senate from the House in 2006. Like his father and uncle, he served in the Maryland House of Delegates, becoming its youngest-ever speaker. As a U.S. senator, he eschews the national reputation some of his colleagues seek and tends to pursue his liberal agenda through the prism of state issues: Cardin is a champion of the environment who seeks to keep the Chesapeake Bay clean and wants to narrow the income gap, with a focus on Baltimore’s troubled inner city.

Cardin does strike a broader profile in international relations, particularly human rights. For years he has taken a lead role on the U.S. Helsinki Commission, which monitors human rights in other countries, and he was the top Democrat on the Foreign Relations Committee from 2015 until earlier this year. Cardin started each briefing with reporters with an appeal for the release of a prisoner of conscience.

Jewish quotient: Cardin is a scion of a family influential in Jewish philanthropy. A relative is Shoshana Cardin, who led multiple national Jewish organizations. He hews to a conventional pro-Israel line, and was one of four Senate Democrats who in 2015 opposed the Iran nuclear deal after being subjected to intensive lobbying by Baltimore-area Jewish leaders. This year, Cardin spoke at J Street’s national conference, a signal that he was edging toward the more Israel-critical posture that the group favors. Nonetheless, he defended a bill he authored that would impose penalties on companies that comply with the Boycott, Divestment and Sanctions movement targeting Israel. Cardin has been backed by NORPAC, the New Jersey-based center-right pro-Israel political action committee, as well as JACPAC. 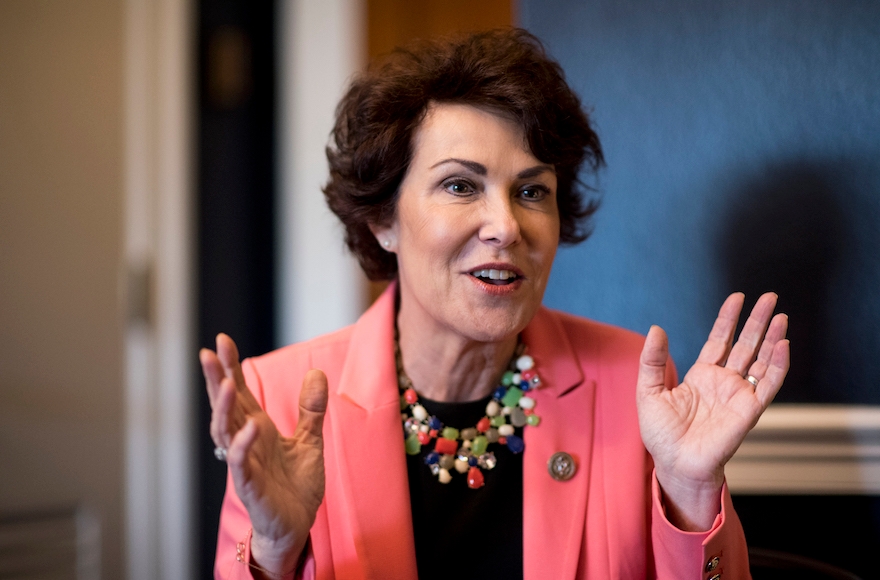 Politics: Rosen, 61, was a consultant and software designer plucked from obscurity by Sen. Harry Reid just two years ago to run for the 3rd District seat then held by Republican Joe Heck, encompassing Las Vegas suburbs. (Heck ran a failed Senate campaign to replace Reid, who was retiring.) Reid, the longtime Democratic leader in the Senate and a powerhouse in Nevada politics, wanted a pickup for Democrats, and Rosen delivered — so much so that Reid, who remains influential, tapped Rosen to take down Dean Heller, the incumbent Republican senator.

The focus of Rosen’s campaign has been education — the public school system in Nevada is notoriously underfunded — and the environment. She also is part of the wave of women seen as spurred to higher office by Donald Trump’s election. She has been outspoken in recent weeks in saying that as a senator she would have opposed the Kavanaugh confirmation, and she has the endorsement of feminist PACs like Emily’s List.

Jewish quotient: Rosen’s sole political experience prior to 2016 was as president of Ner Tamid, a Reform synagogue in Henderson, Nevada. Good enough, said Shelley Berkley, a former Democratic congresswoman from Las Vegas who lost to Heller in 2012.

Rosen has taken a typically centrist pro-Israel line, saying she would have opposed the 2015 Iran nuclear pact. Heller is backed by Sheldon Adelson, the casino magnate and pro-Israel and Republican giver who helped lead opposition to the deal. She has been endorsed by center-right pro-Israel PACs as well as JACPAC. She’s an “On The Street” candidate for J Street’s PAC, which means she does not accept the PAC’s money but does allow it to direct individual donors her way.

Election prospects: Rosen vs. Heller is one of the closest races in the country — pollsters rate it as a tossup. 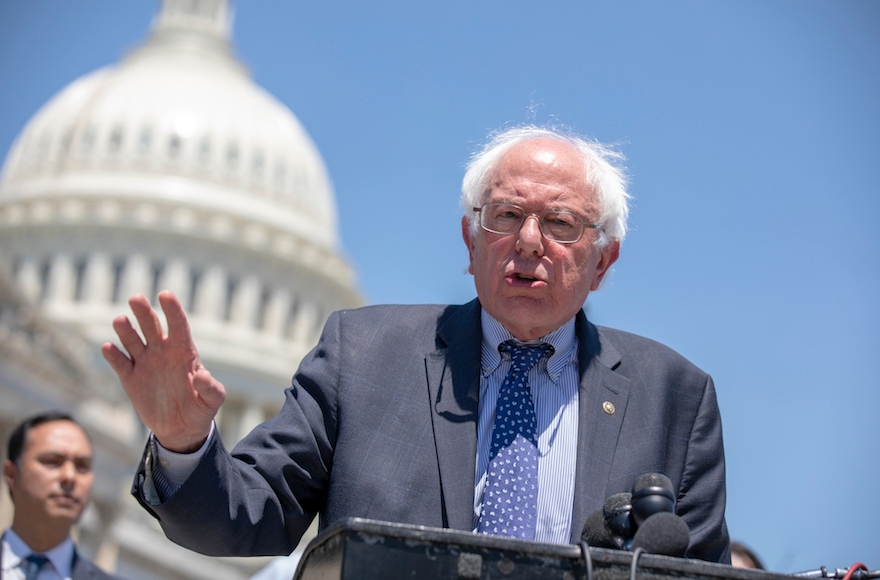 Politics: Sanders, 77, is an Independent who caucuses with the Democrats. He won election to the Senate in 2006 after serving 16 years in the House. He launched his political career in 1981 when he became mayor of Burlington, Vermont.

Sanders ran a surprisingly strong campaign for the Democratic presidential nomination in 2016, becoming the first Jewish candidate to win major-party nominating contests. Hillary Clinton won the nod, but the Sanders bid excited the party’s base and helped steer it leftward. For instance, the $15 minimum wage Sanders championed, once considered pie-in-the-sky by the Democratic establishment, is now party policy. Left-leaning candidates now eagerly seek out an endorsement from Sanders or the activist group established in the wake of his campaign, Our Revolution.

Jewish quotient: Sanders, who firmly identifies as a democratic socialist, for years had eschewed a focus on his Judaism, preferring in media encounters to stick to his overriding policy concern: income inequality. Since launching his presidential election campaign, though, he has spoken more openly than he had in the past about family who had perished during the Holocaust and about the several months he had spent as a young man in Israel on a kibbutz.

He has since his presidential campaign become a leading Senate critic of Israel, posting multiple videos on social media criticizing how Israel is handling the crisis across its border in the Gaza Strip. He has the endorsement of J Street’s PAC and was the star of J Street’s annual conference this year. While critical of Israel, Sanders opposes BDS and emphasizes his demand that Arab states recognize Israel’s existence. 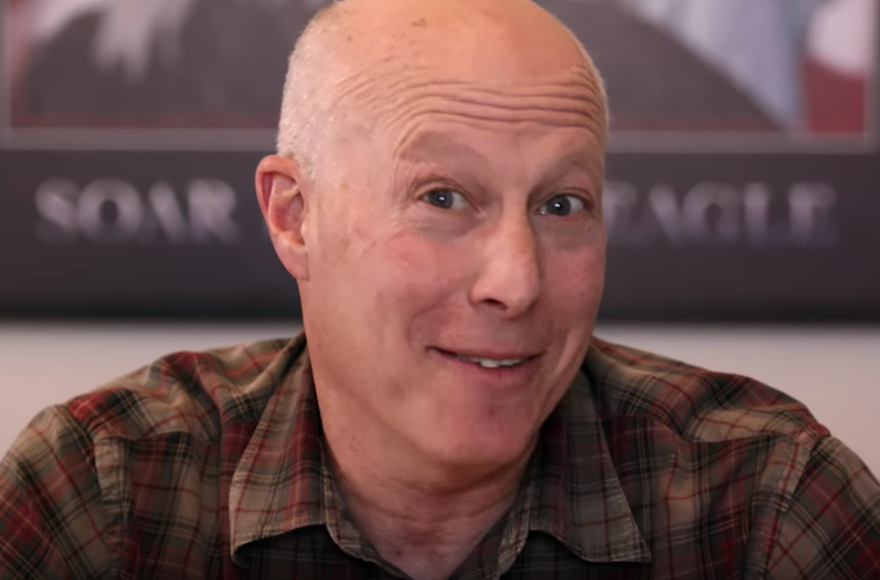 Gary Trauner seen in a campaign video. (Screenshot from YouTube)

Politics: Trauner, 59, ran twice in the mid-2000s for Wyoming’s single House seat and, shockingly for this reddest of Republican states, nearly took it in 2006, a sweep year for Democrats. He told JTA that year that he had knocked on nearly every door in the state. Trauner tried again in 2008 and lost by a wider margin.

The issues page on his campaign site suggests a cautiously centrist approach: He backs the social safety net, environmentally responsible energy independence, immigration reform that includes allowances for undocumented migrants currently in the United States and “balance” on gun rights.

Jewish quotient: Trauner, a New York-born financial entrepreneur, attended Jewish political fundraising events during his House runs. This time around, the record does not show money coming in from pro-Israel or Jewish PACs. (He has raised an impressive $630,000, which nonetheless is less than a tenth of the nearly $7 million brought in by his Republican opponent, incumbent John Barrasso.) His campaign site does not address foreign policy.

Election prospects: Barrasso is seen as safe in a state that Trump won with 67 percent of the vote to 22 percent for Hillary Clinton — the widest margin for a presidential election in the state’s history.

The post A guide to the Jewish Senate candidates in the 2018 midterm elections appeared first on Jewish Telegraphic Agency.