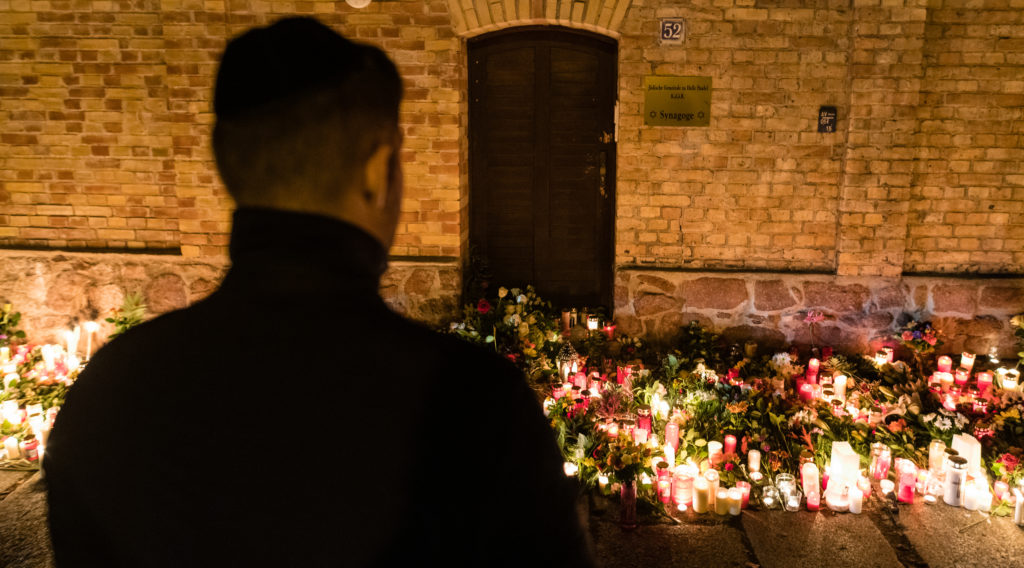 (JTA) – A female police officer allegedly wrote fawning letters to the imprisoned gunman who attempted to attack a synagogue in Halle, Germany on Yom Kippur in 2019.

The unnamed officer, a police commissioner in the Dessau-Roßlau district, has been suspended pending a further investigation, according to the German news agency DPA. The gunman, Stephan Balliet, is currently serving a life sentence for the attack, in which he killed two people near the synagogue.

Tamara Zieschang, interior minister for the state of Saxony Anhalt, where Halle is located, said she would provide the state legislature with details on the case this week. According to German news reports, the officer had no connection to the arrest of Balliet and was not guarding him, nor was she ever involved in investigations into hate crimes or the protection of Jewish institutions.

She reportedly wrote admiring letters over a period of months to the right-wing extremist, expressing sympathy for his crime. The case came to light after colleagues overheard the commissioner express admiration for Balliet, and reported it to their supervisors.

More than 10 letters from the officer were found in his prison cell; she reportedly had used a pseudonym, which was why prison officials had not noticed them earlier. Other correspondence he received is now being reviewed.

The chairman of the Jewish community in Halle, Max Privorozki, told the Suddeutsche Zeitung newspaper that he trusted the police, “despite this insane case.” He added, “Unfortunately, there seem to be such lunatics everywhere.”