LONDON (JTA) — Since 2016, it has become a staple of British and Irish political analysis to say that the tangled Brexit trade arrangements will push Northern Ireland and the Republic of Ireland closer together. Ultimately, it could lead to a United Ireland, some analysts say.

This year, in the run-up to Passover, the two countries’ Jewish communities are showing one unusual sign of closer collaboration between the countries. Thanks to a Passover food shortage brought on in part by the post-Brexit trade agreement signed three months ago, holiday supplies are being closely coordinated between Dublin and Belfast, and Belfast’s Jews are traveling down to Dublin to collect products like matzah for Passover.

“That dynamic is definitely playing out among the Jewish communities,” said Maurice Cohen, the head of Ireland’s Jewish Representative Council. “Before, we very seldom cooperated on much – if anything at all.”

Great Britain is normally the main supplier of kosher and kosher for Passover products for both the Irish and Northern Irish Jewish communities. But as part of the U.K.’s withdrawal from the European Union, new regulatory checks have been introduced on trade between Britain and the E.U., raising the cost of exporting British products into members of the European single market, like Ireland.

Cohen said buying kosher food from the U.K. has become a “huge quagmire,” logistically and financially.

Since it is part of the U.K., one would expect Northern Ireland to have maintained its ability to freely procure supplies from England and elsewhere. But under the so-called “Northern Ireland Protocol,” part of the Brexit agreement, Northern Ireland is to remain within the E.U.’s single market for goods as part of an attempt to keep the border between it and the Republic of Ireland open.

So the Jews of Belfast have run into the same hurdles as their coreligionists to the south.

“It has been a nightmare,” said Michael Black, the chairman of Belfast’s Jewish community organization. “It has taken me since January to be able to get a supply of kosher meat from England – and even then, it took an extremely convoluted arrangement that will only be a one-off.” 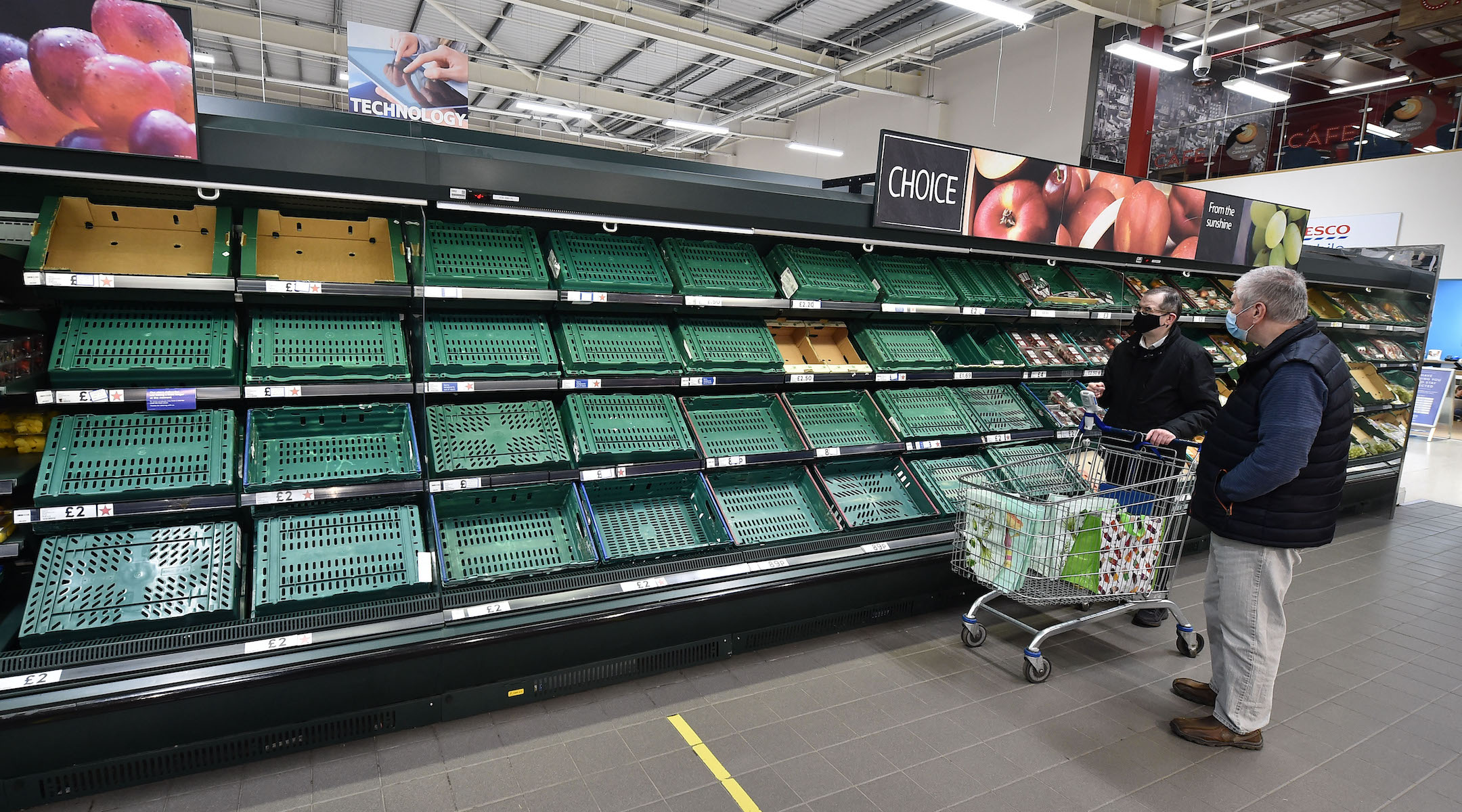 London has introduced a temporary grace period in an attempt to ease disruptions by temporarily suspending some checks on imports into Northern Ireland, but the underlying difficulties have remained.

The fortunes of the Belfast and Dublin Jewish communities have diverged in recent years. After decades of emigration, Belfast’s community has shrunk to below 100 members, the vast majority of whom are elderly.

Across the border, Dublin’s Jews have benefitted from an influx of young Jews coming to work in the republic’s booming technology sector. For the first time since the 1950s, when Ireland was an unlikely source of kosher meat imports to Israel, the community is growing again. Current estimates place the number of Jews in Dublin at around 2,000.

Belfast used to receive supplies from a kosher butcher in Manchester every eight to 10 weeks. Since January, even with a butcher who offered to “drive it over himself” to make sure it arrived, the mountains of new paperwork and added costs demanded a reassessment.

“Nobody’s going to starve, but it just seems ridiculous that we’ve come to this impasse,” Black said. “It’s either change religion or go vegetarian.”

Black — who had written to European commissioners, ministers and Northern Irish politicians in an attempt to find a solution — managed to secure a mass Passover delivery after intervention by the British secretary of state for Northern Ireland.

A British government spokesperson told the Jewish Telegraphic Agency that it recognizes the “importance of ensuring the Jewish community in Northern Ireland can continue to access kosher meats and that the process of getting these goods to them is as smooth as possible for traders.” 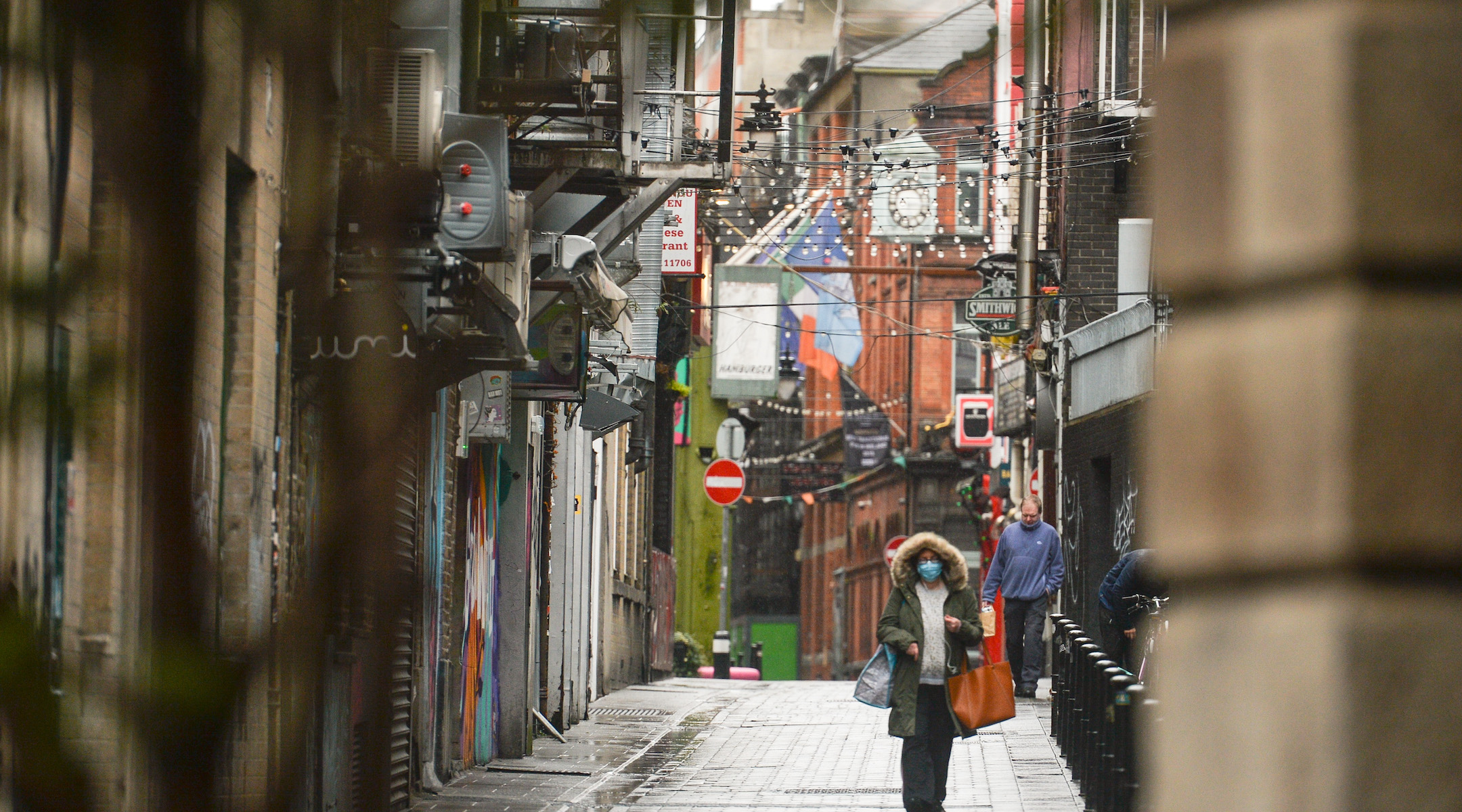 The spokesperson added: “We were made aware of an issue with a single supplier and have worked proactively and constructively with those concerned to ensure that an alternative GB supplier is now in place.”

This is not what Black understood. He says that that the arrangement that had been struck was a “one-off” that would tide the community over but had not solved the long-term issue.

“When the grace period ends, we’ll be back to square one and we will have to work out what to do again,” he said.

“I’m abashed about all this because we are a tiny community,” he added with a sigh. “Getting these supplies in has become a matter of principle with me — and having principles is expensive.”

Belfast is paying 15 euros for a single chicken, he added, while the meat shipment that was coming in — expected for perhaps a dozen families — had added 400 euros to its total cost, all of which came out of a shrinking community budget.

While Jewish communities continue to shrink and consolidate across the U.K. as populations condense into cities such as London and Manchester, cooperation might seem inevitable.

“We have certainly got together in the last two years, more so than before. It’s something that has evolved,” Cohen said, adding with a chuckle: “We’ll see where it ends up going.”