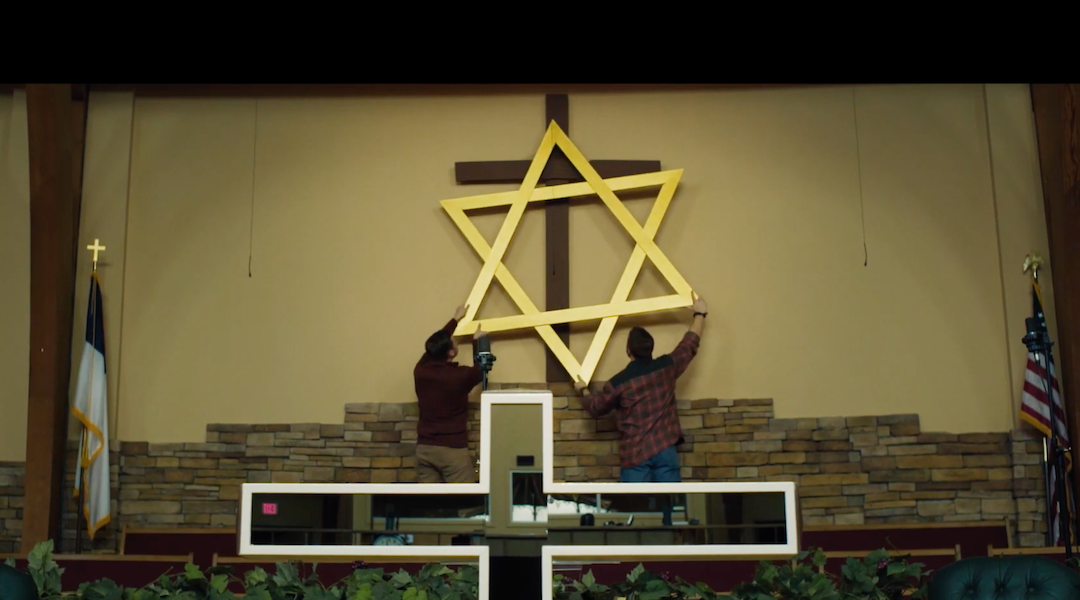 (JTA) — DOC NYC is one of the world’s foremost documentary film festivals, and this year it’s all online, just like most other arts festivals in this pandemic moment.

Among its 200-plus films are six gems with powerful Jewish themes — from a look inside the powerful AIPAC pro-Israel lobby to the chronicling of Black-Jewish friendship forged in the process of taking a racist case to the Supreme Court.

All the movies will be accessible for $12 each, or in special packages of 5 or 10; there are all-access passes as well. The festival runs from Nov. 11-19.

Here’s more on the Jewish-themed films:

Loushy, who has won multiple Ophir Awards — Israel’s equivalent of the Oscars — for her documentaries, takes a hard look at the powerful pro-Israel lobby AIPAC and discovers some cracks in its normally unified facade. She interviews some disaffected members who are unhappy with the policies of Israeli Prime Minister Benjamin Netanyahu and President Trump, despite how the leaders’ records might look on paper.

“A Crime on the Bayou” dir. by Nancy Buirski

The Peabody and Emmy-Award winning director of “The Loving Story” unearths the story of Gary Duncan, a 19-year old black man who was arrested and convicted for touching a white boy’s arm in 1966.  His young, Jewish attorney, Richard Sobel, refused to accept the decision made by a rural Louisiana court and fought the decision all the way to the Supreme Court. The film tells that story and about the lasting bond formed between the two men.

“The Meaning of Hitler” dir. by Petra Epperlein and Michael Tucker

American director Tucker and German filmmaker Petra Epperlein reinforce what most people should have learned in high school: if you don’t study history you will be condemned to repeating its mistakes. Here they travel to nine countries to see what Hitler means to different sets of people in the context of the current wave of anti-Semitism and white supremacy seeping through Western democracies. They also interview noted Holocaust scholars, such as historians Saul Friedlander and Deborah Lipstadt, as well as the famed Nazi hunters Beate and Serge Klarsfeld, who discuss why understanding history is now more urgent than ever.

To quote Monty Python, now for something completely different. The titular Ronnie is Ronnie Scott, a Jewish kid who grew up poor in London’s East End in the 1940s. He would go on to found the eponymous London jazz nightclub, and the film brings his journey to life. It also features archival footage of jazz greats performing there — Dizzy Gillespie, Sarah Vaughn, Ella Fitzgerald, Nina Simone and numerous others — which alone is worth the price of admission. But add to that the story of a charming man who achieved great success while battling his own demons.

It’s not only politics that makes strange bedfellows — so does revelation. This film examines the surprising alliance between American evangelicals and Israel’s right wing, and their combined influence on the Trump administration. Why? In part because the evangelicals believe Israeli expansion will help lead to the end-of-times prophecy when Christians ascend to heaven.

Alexandrowicz won numerous prizes — the documentary grand jury award at both the Sundance and Jerusalem Film Festivals, as well as a Peabody— for “The Law in These Parts,” about the double legal standard that applies to Palestinians living under Israeli occupation. Here he asks a young pro-Israel Jewish-American student to view a series of films about life in the occupied West Bank — some from progressive sources and others from Israeli government sources. Months later, Alexandrowicz returns and asks the student to describe her feelings and what if anything has changed.