5 years ago, Naftali Fraenkel was killed by terrorists. His mother looks back on a journey from grief to joy. 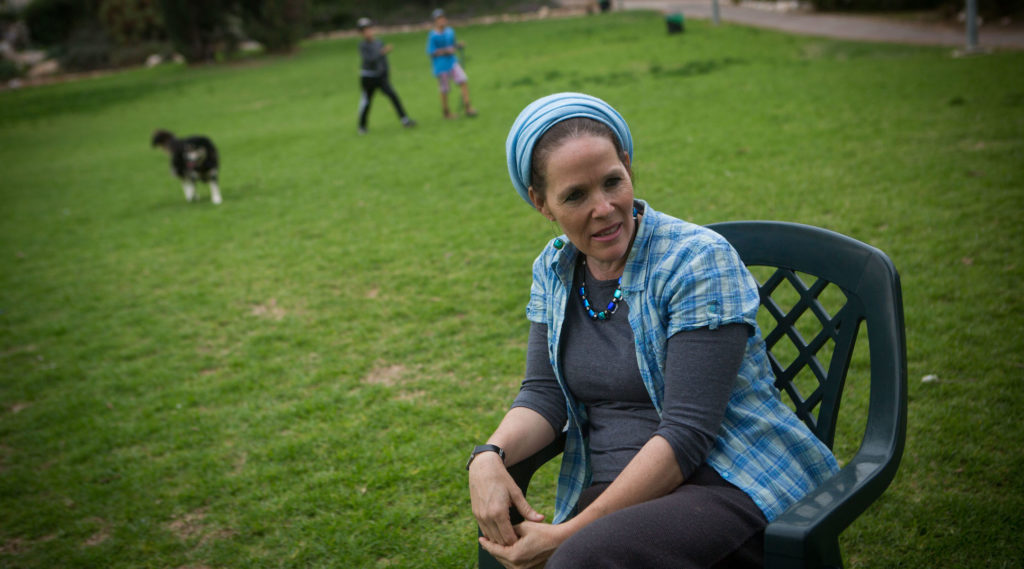 JERUSALEM (JTA) — When her 16-year-old son Naftali went missing five years ago this month, along with two other Jewish teens who had last been seen near Alon Shvut in the West Bank, Rachelle Sprecher Fraenkel found comfort in her Jewish learning.

“God does not work for us,” she told the Israeli media. “God is not our servant,” but “prayer is worthy, no matter what the outcome.”

At her son’s funeral — held after security forces found the bound and lifeless bodies of the kidnapped teens near a Palestinian village on June 30 that year — she again turned to tradition. Prayer is worthy despite the outcome, she said, because “each prayer has its own work to do.”

For those who only knew Fraenkel as one of the mothers of the murdered teens, whose kidnapping led to a massive manhunt and a national trauma, she was the pious face of a searing and ultimately fruitless “Bring Our Boys Home” campaign.

But friends and family knew Fraenkel as a teacher and a scholar in her own right — a pioneer for intensive text education for Orthodox women. Fraenkel is a longtime educator at Nishmat — The Jeanie Schottenstein Center for Advanced Torah Study for Women, and the director of Hilkhata, or Advanced Halakha Program, at the Jerusalem-based Matan Women’s Institute for Torah Studies.

“The truth is, tragedy doesn’t define anybody. Not me,” Frankel said in a phone interview on June 20, two days after the five-year yahrzeit for Naftali and the two other slain teens, Gilad Shaer and Eyal Yifrach.

What defines her is a devotion to Jewish learning — a devotion which has now led her to a new stage: the completion of a six-year program of learning halacha, or Jewish law, in a way largely indistinguishable from the studies undertaken by men who become rabbis. She not only completed the program, but as director signed all the diplomas.

In fact, according to the head of Matan, Rabbanit Malka Bina, the day after the shiva was over, Fraenkel was back in school to help her students study for their exams.

Fraenekl and the other 13 women who graduated on June 12 from the Hilchata program at Matan are all alumnae of the growing number of places providing text study for Orthodox women. Frankel says that many of them have been through daf yomi, the daily study of the entire 2,711-page Talmud that is completed in seven and a half years.

Some of the students are graduates of a three-year program at Nishmat that certifies women as yoetzot halacha, or halachic advisors. This program qualifies women to answer questions of religious law relating to issues around women’s bodies such as menstruation and fertility.

Although the Hilchata learning is as comprehensive as rabbinical school, Frankel describes it as “a non-agenda program.”

While some liberal Orthodox groups have been training women for roles that are explicitly or implicitly that of “clergy,” she explains that the completion of the Hilchata program does not signal any kind of ordination (in Hebrew,  smicha). The certificates given out at the graduation read, according to Frankel, that “this person learned this and this and that and we pray that her Torah will give her ability to get people closer to shamayim,” or heaven. The certificates say the holder studied “seriously and in depth.”

The program was an “organic” evolution, she said. Women like her with strong backgrounds in Jewish learning, who took part in daf yomi and teach Torah, would be asked questions and feel they needed to defer to other authorities because they had not studied the relevant areas of Jewish law in the requisite depth. Learning at this next level was “an obvious next step,” she said, since as “teachers of Torah, students look up” to this group and approach them with questions.

An outgrowth of the program is the Shayla Women’s Online Responsa program of questions and answers on issues of religious law for women run at Matan by Surale Rosen, another recent Hilchata graduate

Over the six years the students progress though a series of topics, including issues of personal status, laws of Shabbat and holidays, laws related to mourning and laws relating to women and rituals surrounding menstruation.

The Hilchata program launched in the 2013-2014 academic year, prior to her son’s murder, so it is natural to ask how her learning helped her grieve and channel her pain. She laughed and said that it was only helpful in the “sense that there was another close group of friends supporting” her and her family.

Asked what memories of her son she most wanted people to know, she initially said that she could not answer. But when asked about memories that most sustained her and gave her the ability to continue, Frankel spoke about how “originally the challenge was to separate the memory from the pain” and that it was a process because “every thought about how he was a wonderful kid was a stab in the stomach. Today the thoughts and memories are very joyful.”

She continued, “Yet there is a tragic side, he is missing out so much, we are missing him.” Her son’s friends, many who were like him in personality, continue to keep in touch. Fraenkel, who has six surviving children, noted her son’s fifth yahrzeit and acknowledged that she was “emotionally drained.”

Frankel says that she has learned, in terms of how to deal with mourning, that the “important thing is to be there for people.” She speaks of another bereaved mother who lost her son in Lebanon. She called Frankel before Rosh Hashanah and told her that the anxiety about celebrating the first holiday without her son was worse than the experience of going through actual holiday itself. It was “so simple, so true and it calmed me down a little bit,” Frankel said.

She cites the words of another bereaved mother — Sherri Mandell, whose son Kobi was murdered by a terrorist in Tekoa in 2001 — that it is “not about overcoming, but about becoming.”

She likens grieving and moving away from the most intensive period of grief to photography. . One can “closely focus on the wounded self” and make that “all you see” or one can use a more “wide lens” and pull back and see “so many other blessings and expectations and successes and failures. When you work with a wide lens there is so much blessing there.”