34 Senate Democrats urge Trump to restore aid to the Palestinians 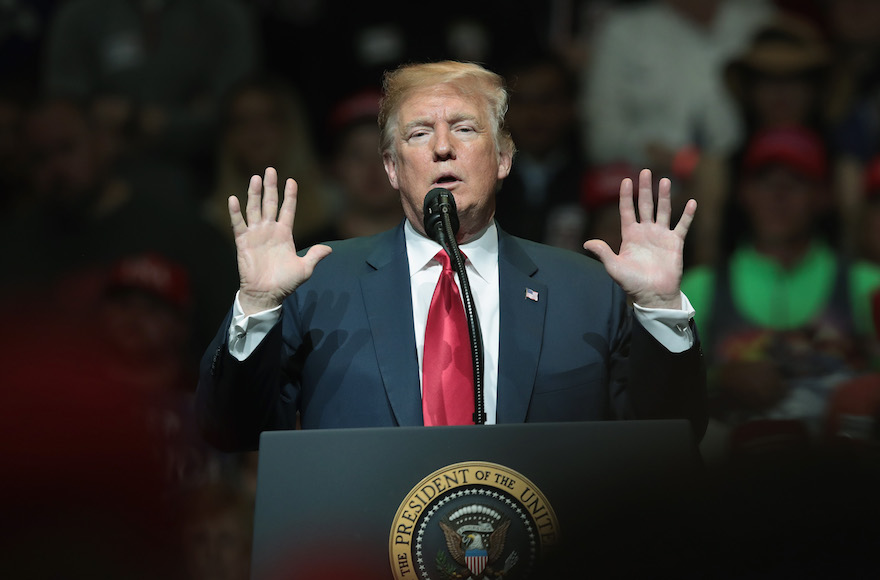 WASHINGTON (JTA) — Two-thirds of Democrats in the Senate and a third of the entire body signed a letter to President Donald Trump urging him to reinstate assistance to the Palestinians, saying the cuts risk exacerbating tensions in the region.

“Eliminating funds for programs that provide clean water, food, education, and medical services for Palestinians will exacerbate poverty, fuel extremism, further reduce the chance of a future peace agreement and threaten Israel’s security,” said the letter sent Friday and signed by 34 senators who caucus with the Democrats.

The letter noted that Congress authorized the assistance and that it does not go directly to the Palestinian Authority.

“We are deeply concerned that your strategy of attempting to force the Palestinian Authority to the negotiating table by withholding humanitarian assistance from women and children is misguided and destined to backfire,” the letter said. “Your proposed cuts would undermine those who seek a peaceful resolution and strengthen the hands of Hamas and other extremists in the Gaza Strip, as the humanitarian crisis there worsens.”

The letter was supported by J Street, the liberal Jewish Middle East policy group. “By exacerbating the humanitarian nightmare in Gaza, these cuts promote instability and increase the security threat to Israelis,” the group said in a statement.