300 millennial Jewish leaders to Netanyahu: You’re making it hard for us to defend Israel

(JTA) — Before Prime Minister Benjamin Netanyahu takes the stage at the AIPAC policy conference next week, he will have received a letter from hundreds of concerned millennial Jewish Zionists from across North America.

As millennials on the frontlines of Israel advocacy and Jewish community work, we remain deeply invested in the future of the Jewish state. However, as our letter states, there are several serious and unaddressed issues that could seriously erode support for Israel among our generation of U.S. Jews and thereby threaten the sustainability of a strong U.S.-Israel relationship.

We convened more than 100 Jewish leaders in signing this letter, including David Yarus, the founder of JSwipe, Elad “Pop Chassid” Nehorai, and past assistant directors from both AIPAC and J Street. The letter, with now well over 300 signatories since it launched online, aims to tell the prime minister why we’re so alarmed by Israel’s current trajectory.

Some believe assimilation and a detachment from the Jewish faith account for our generation’s growing criticism of Israel. While these may be factors, they tell only part of the story. Any assessment of Israel’s relationship with the next generation of American Jewry is incomplete if it does not primarily consider the growing challenges regarding Israel’s democracy and Jewish character.

The generational split over Israel in the U.S. Jewish community has been the focus of much media attention, only amplifying the perception that young American Jews are headed for a rupture with Israel – if it has not occurred already.

But we are aiming to buck those trends. As proud Zionist millennial Jewish leaders, we believe firmly in Israel as a Jewish and democratic state. Yet, the prime minister and his government have pursued a course of action that is both deeply disquieting and counterintuitive to our efforts to advocate for a strong U.S.-Israel relationship.

How can we look to the Jewish state for protection after events like last October’s Pittsburgh terror attack when Israel’s own leadership has made efforts to mainstream the racist, extremist Jewish Power party, or Otzma Yehudit? How can we make the case that Israel is pursuing peace with its neighbors when its leadership regularly opposes the two-state solution?

Our concerns do not end with this most recent political alliance. The mistreatment of non-Orthodox streams of Judaism continues to fly in the face of our shared aspiration for Israel to be a home for all Jews. This is occurring against the backdrop of newly energized efforts to annex the West Bank in part or in whole, which threaten Israel’s Jewish and democratic character. With Netanyahu boxed in by investigations and challenged politically by Benny Gantz, we are concerned that he may give concessions to further right parties to form a coalition — concessions that could permanently shut the door on a future two-state solution by way of annexation.

Without a genuine commitment to the peace process and an eventual two-state solution, these trends are almost certain to worsen as millions of Palestinians remain without hope for a better future.

Ultimately, Israeli voters will determine the makeup of their country’s next government when they head to the ballot box on April 9. However, Israel’s leadership and public must be acutely aware of how their decisions will reverberate abroad, especially in the American Jewish community, which has long been a critical pillar of support for robust U.S.-Israel ties. Failing to take these concerns into account risks subordinating the long-term health of Israeli-American friendship to shortsighted political objectives like annexation and maintaining the hegemony of the haredi Orthodox in religious affairs.

Many of the signatories who join us in this open letter already occupy positions of influence in the North American Jewish community, in political activism and in the policymaking world. In the coming years, many more of them will join them in communal institutions and in government. Ignoring us means ignoring the clergy, community organizers, advocates, policy experts and thought leaders who will carry the pro-Israel mantle for decades to come.

But it doesn’t have to be this way. We have a clear message to Benjamin Netanyahu: Change course and avert disaster. Mr. Prime Minister, we want you to know that we believe in a secure, Jewish and democratic future for Israel as the basis for a strong U.S.-Israel alliance. If you want to show us that you do as well, we’ll be listening to your AIPAC speech with open minds. 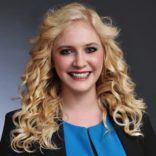 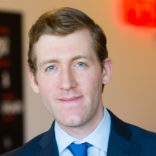 is a trustee of the Union for Reform Judaism and lives in New York.
The views and opinions expressed in this article are those of the author and do not necessarily reflect the views of JTA or its parent company, 70 Faces Media.