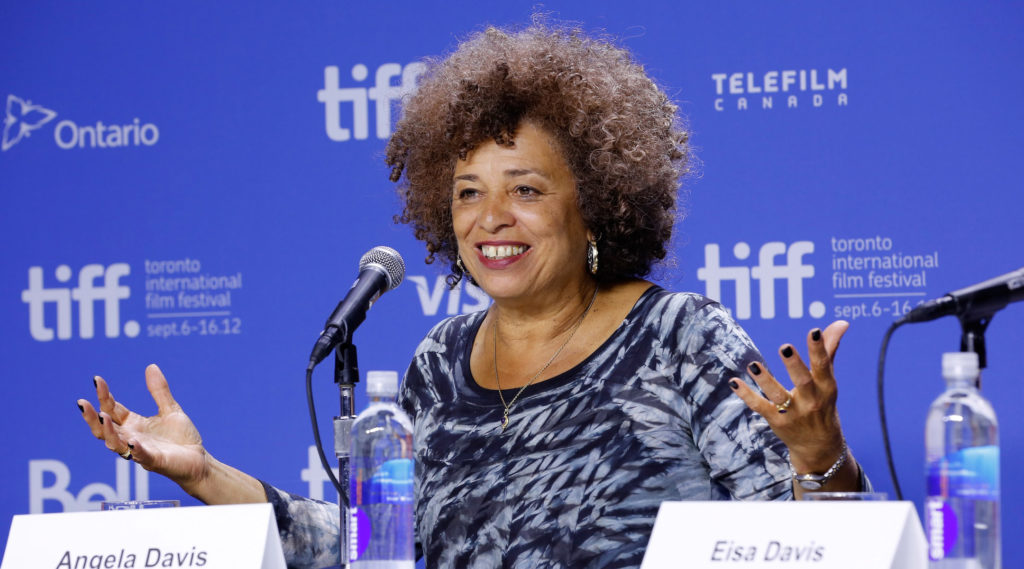 (JTA) — Three board members have resigned from the Birmingham Civil Rights Institute, which rescinded its award to African-American activist Angela Davis, allegedly due in part to complaints from Jewish leaders.

The resignations follow controversy over the museum and educational center’s decision last week to withdraw the Fred L. Shuttlesworth Human Rights Award from Davis. She was intended to receive the award next month in a ceremony that has since been canceled.

Davis, a Birmingham, Alabama, native and leading civil rights activist, is an outspoken critic of Israel and an advocate of the movement to boycott the country. She also was a far-left leader in activist movements of the 1960s and ’70s.

The board members who resigned Wednesday were its chairman, Mike Oatridge; its first vice chair, Walter Body; and its secretary, Janice Kelsey. Their names were removed Thursday afternoon from the museum’s website.

Birmingham Mayor Randall Woodfin said in a statement that the decision to rescind the award, which was announced in September, came “after protests from our local Jewish community and some of its allies.” Davis wrote in the pro-Palestinian publication Mondoweiss that she learned her “long-term support of justice for Palestine was at issue.”

Who made it an issue is still not clear. None of the people who reportedly were involved in the decision agreed to a request from JTA for comment, including the Birmingham Jewish Federation’s CEO, Richard Friedman, and the civil rights institute’s president, Andrea Taylor, who did not respond to a call and text message.

JTA reached out to all 13 of the current and outgoing institute board members, but none would comment at length. Two of them, Thomas Wilder and Cameron Vowell, each briefly told JTA that Jews had been one constituency that had reached out to the board about the award, though both declined to elaborate on what community members requested or what role they played in influencing the decision.

Vowell said of Jews who weighed in on the issue: “We were certainly contacted by some of them and they made us aware of some things we didn’t know.” She declined to comment further because she said the board had decided to “close ranks” around Taylor.

But there are hints that the local Jewish federation advocated for the award’s withdrawal. NPR quoted a deleted Facebook post by Friedman endorsing a statement by a retired local college president, Charles Krulak, who protested the award. Krulak had noted Davis’ associations with the Communist Party and her alleged role in the 1970 kidnapping and murder of a Superior Court judge. Davis was found not guilty on all counts.

“Thank you Chuck Krulak for your continued leadership and unhesitating willingness to always stand for what’s right,” Friedman wrote.

And on Sunday, the federation sent an email to its members thanking the museum for its decision, the Forward reported.

“The Birmingham Jewish Federation thanks the BCRI board for its thoughtful and courageous reconsideration,” the federation wrote. “BCRI is a great institution that does much to benefit our entire community. BCRI deserves continued and widespread support.”

Roy Johnson, a columnist for Al.com, wrote that “The loudest voices primarily — though not exclusively — came from the city’s Jewish leadership.”

Johnson pointed to a December piece in the Birmingham-based publication Southern Jewish Life by its editor and publisher, Larry Brook, that said Davis “has also been an outspoken voice in the boycott-Israel movement, and advocates extensively on college campuses for the isolation of the Jewish state, saying Israel engages in ethnic cleansing and is connected to police violence against African-Americans in the United States.”

But Johnson also wrote that the decision did not come only at the behest of Jewish leaders. Body, the outgoing institute vice chair, told him the board “received questions from the African-American community, the Jewish community, and the white community. It was not one just community.”